The power of prayer

WORLD Radio - The power of prayer

Meet a man who loves to pray with strangers 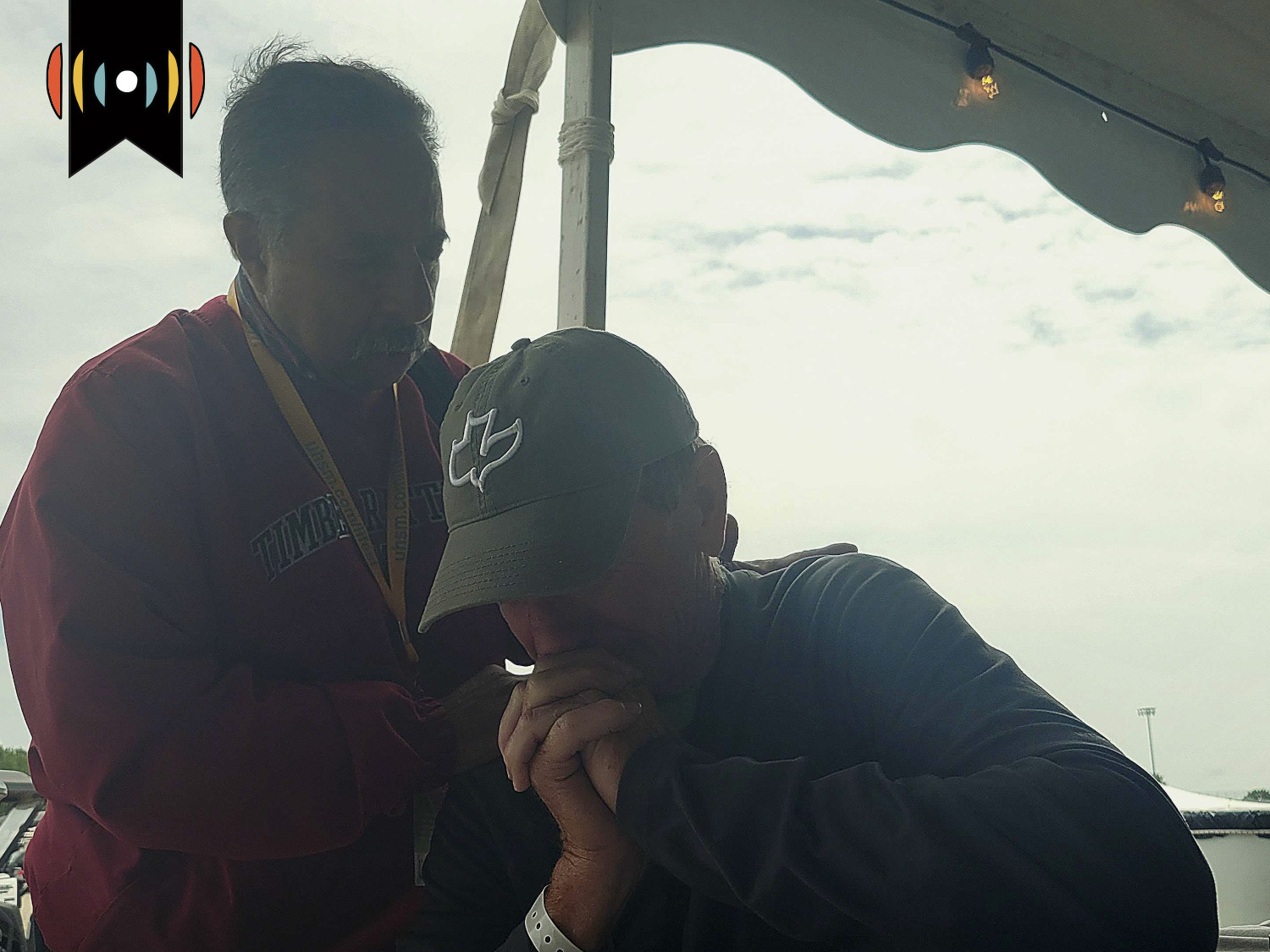 MYRNA BROWN, HOST: Today is Wednesday, August 3rd. Thank you for turning to WORLD Radio to help start your day.

MARY REICHARD, HOST: And I’m Mary Reichard. Coming next on The World and Everything in It: The prayer of a righteous person!

Myrna, according to the rest of that verse in the book of James it has great power and can accomplish much.

BROWN: And I met a man from Wisconsin who is doing his best to put that verse to the test. Let’s listen!

CONCERT: You guys know this one…. sing out….

MYRNA BROWN CORRESPONDENT: It’s Friday afternoon… day two of a four-day Christian music festival. As thousands of excited concert goers gather around the outdoor stage, a 72-year-old grandfather strolls through the festival’s crowded indoor market. Tee-shirts, books, and CDs fill the space. But Chema Paba isn’t focused on the music or the merchandise.

CHEMA TO CHRIS: Chris it’s a pleasure to meet you. Good to meet you, too. What’s your name? I’m Chema. Any special way I can pray for you?

CHEMA: Lord Jesus I pray for your continued anointing upon Chris and his family. What precious girls you have given him. I love them where they are at. That’s what He calls me to do. Those God-appointed encounters. I don’t know these people. I make eye contact. The Lord says go talk to them and it's amazing what happens.

Up one aisle, down the next, Chema prays with a middle-aged woman working as a Christian college recruiter at the festival. He also chats with the founder of an online radio station. Then, he walks over to a young man with long, dark, curly hair selling bathroom fixtures.

As we walk out of the marketplace, headed towards the golf cart Chema uses to traverse the 100-acre-venue, Chema says he can’t remember the last time someone turned down prayer.

CHEMA: So you’re not discouraged by that? Not at all. I take it as a challenge to love them as God has loved me. Because for a while I rejected God. But he didn’t give up on me. He pursued me.

Chema was born in Caracas, Venezuela.

CHEMA: Was I a Christian? I went to church. But I really did not know Him as my Lord.

That missing relationship with Jesus left him vulnerable. During his senior year in high school, he was introduced to Marxism.

CHEMA: And that captivated my heart because they have a lot to say about social injustice and justice overall.

Four years later, Chema was a college senior. A friend of a friend gave him a Bible. The acquaintance encouraged Chema to read it. He was persistent.

CHEMA: I said, you don’t give up do you? He said eternity is a very long time. Do you know where you’re going to spend it? I said let’s do it before I change my mind. And I did it. All I knew is that I knew at that moment there was a real God, who cares about real people, who lives in a real world that is truly broken.

After college, Chema worked as an accountant and later as a project manager for an international corporation. While he enjoyed material success, Chema says true contentment was still elusive.

CHEMA: Well, since I was in seventh grade I didn’t grow any longer. My buddies kept on growing.

Standing just a few inches over five feet, Chema says he always felt he had something to prove.

CHEMA: I wanted people to know that because I was short, you’re not going to push me around. Because I’m short, I’m not a weakling.

In this last season of his life, Chema says he now rests in his identity in Christ.

CHEMA: And I said Lord forgive me. I want my all, my frame, 5’4 or however tall it is or however short, I’m going to serve you with passion.

Chema is a chaplain in the prison system. It’s how he makes a living.

AUDIO: [FOR KING AND COUNTRY CONCERT]

But every year since 1999, he uses his vacation time to serve as the chaplain at this music festival.

CHEMA: Sometimes I want to listen to a concert. Nine out of ten times I never make it there…

But he does get to pray for the men and women on stage.

CHEMA: What’s your performance, what you do? I’m a rapper. You’re a rapper? Yeah!

Standing under a huge white tent, Chema strikes up a conversation with Caleb, a Christian rap artist in the middle of his lunch.

CHEMA TO CALEB: How do you come to know Christ? It was 2018, I graduated from high school, I was in this depressing state and I decided to take God seriously….

Then over a burger and pasta…

CHEMA TO CALEB: Do you mind if I pray with you? Oh yeah, come on. Let’s pray. Lord Jesus, I thank you for this man. May people come to know You because of his testimony…

DENNIS: My wife filed for divorce after 36 years…

CHEMA: Father, you know my brother Dennis. You know exactly what he’s going through.

MYRNA TO DENNIS: What did that mean to have someone in this venue pray for you? What did it mean? (pause) The world.