What happened at the Southern Baptist Convention gathering last week? 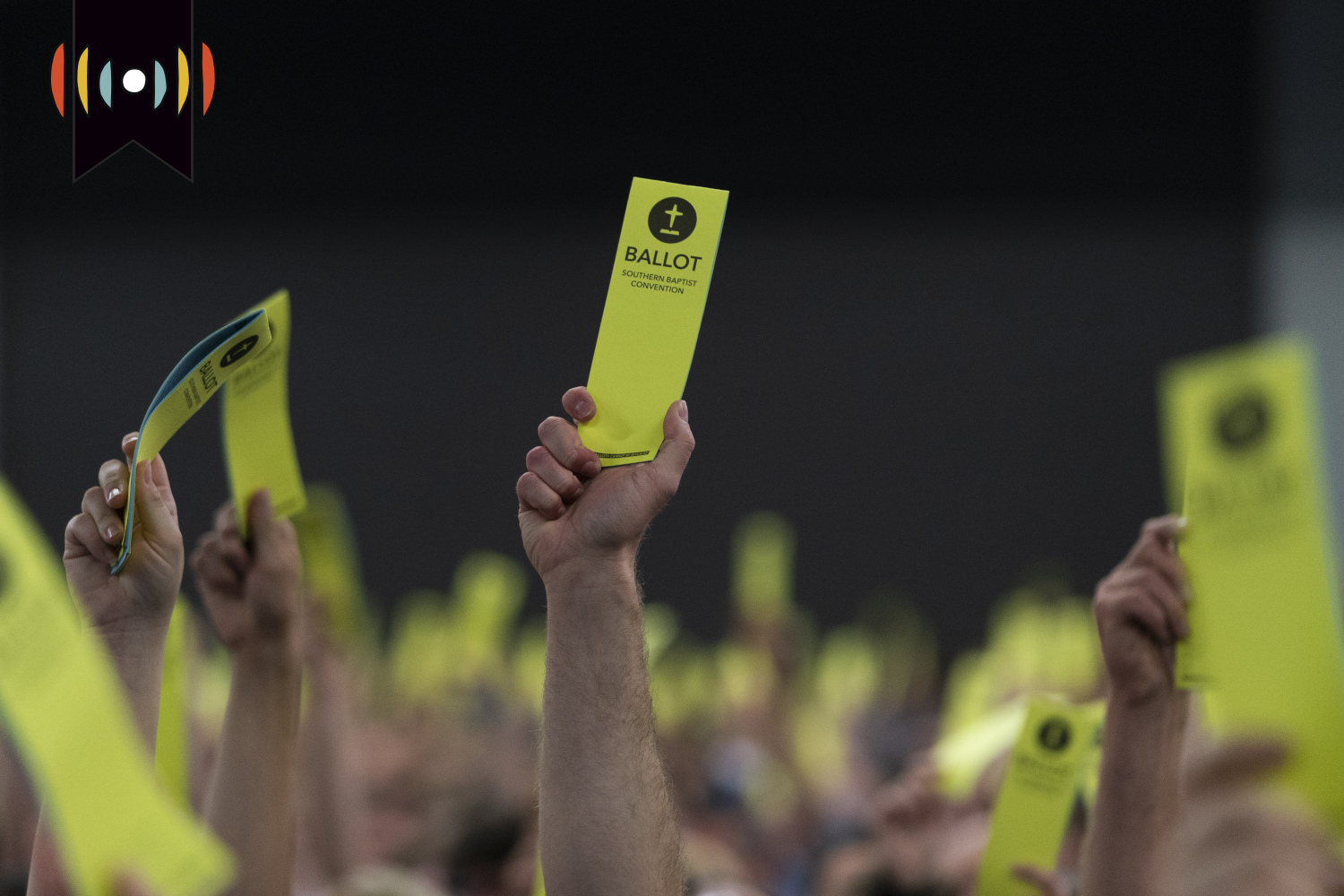 MARY REICHARD, HOST: And I’m Mary Reichard. First up on The World and Everything in It: the recent SBC Convention.

AUDIO: Who brings our chaos/back into order
Who makes the orphan/a son and daughter
The King of Glory

Live praise music played inside and outside the Anaheim Convention Center last Tuesday as thousands of Southern Baptists came for the denomination’s annual meeting.

REICHARD: An SBC sexual abuse task force put together recommendations for this year’s delegates to consider. They aimed to better protect SBC churches and related entities from abusers. One example: A database that tracks those credibly accused of being abusers.

EICHER: Inside the convention hall, a call to action. Here is task force chairman and North Carolina pastor Bruce Frank.

FRANK: The two formal recommendations to be voted on are based on biblical principles like transparency, accountability, protection of the vulnerable, God’s wrath, God’s anger at abuse, repentance.

When it came time to vote, hands filled the air holding yellow ballot cards, a clear majority of delegates approving the reforms.

AUDIO: The affirmative has it. [APPLAUSE]

REICHARD: WORLD Reporter Mary Jackson was there last week to cover the meetings and she joins us. Good morning Mary!

REICHARD: There was a lot of talk before the convention about what changes the denomination should make in light of the findings in the investigative report. The task force recommended changes for the delegates to talk over and then vote on in Anaheim.

Mary, I’m curious though about the atmosphere there. What was it like?

JACKSON: This was my first ever SBC annual meeting. And outside the convention hall, I spoke with many church representatives who were upbeat and said they had grown up coming to the annual meetings, and at times, it even felt like a giant family reunion.

But inside the convention hall as church representatives debated abuse reforms, the meeting had a more serious tone. Survivors of sexual abuse have picketed for years outside the annual meetings, and they described this year as a whole different experience. They had a booth with books and pamphlets and handed out teal ribbons. They had a separate, private room where they would go with staff counselors, and they told me they felt encouraged by some of the changes and convention speakers acknowledged and praised them for their years of advocacy.

REICHARD: Let’s talk about those recommendations then. How significant are they as far as targeting abuse?

JACKSON: It’s been 16 years since one sexual abuse survivor named Christa Brown first proposed a database to track credibly accused abuse within the denomination to keep abusers from moving from church to church and abusing more victims. So it is significant that the SBC is finally starting to put in place more protections for its churches and entities. But almost everyone I talked to said it's just a start. One of the recommendations sets up a taskforce that will put forward more reforms and actions for representatives to vote on at next year's meeting to better protect churches and address the way survivors have been wronged in the past, so we're really at the very beginning. Some of what has been proposed for the task force to look at is having a survivor care fund and memorial, setting up an outside firm that can help the SBC field abuse reports and make inquiries in an effective and more long term way, putting in place better hiring practices, things like that.

REICHARD: Well I know some opposed these recommendations. What were their concerns?

JACKSON: Yeah, so some of the concerns were that the SBC isn’t equipped to investigate abuse claims, that it should be left to local authorities. A few executive committee members I spoke to said that abuse reforms could jeopardize Baptist polity on local church autonomy. They were worried that the SBC could be held financially liable for abuse that happens in local churches. Others I spoke to were concerned about that phrase—"credibly accused." The sexual abuse task force said it will have a qualified outside firm helping churches distinguish whether a claim is credible. I think the language said something like, "by a preponderance of evidence following an inquiry." So it would not be an assumption that is arrived at without considerable inquiry. But opponents felt like putting someone on the database who did not have a court judgment could violate their rights and risk defaming people who are falsely accused.

REICHARD: I’m wondering what else did this meeting accomplish?

JACKSON: So, church representatives elected Bart Barber to be their next president. He's a rural Texas pastor who has a track record of being outspoken on abuse and on the need for reforms. The Executive Committee elected Texas Pastor Jared Wellman as its next chairman and David Sons as the vice chair. Both men supported a fully transparent investigation last year. The representatives also approved a resolution apologizing for the way they failed to address the problem of abuse and failed to protect congregants from known abusers. The resolution also expressed repentance for failing to care well for survivors or heed their warnings. Another resolution called on state lawmakers to make sure that pastoral sexual misconduct is criminalized.

REICHARD: Sounds like a season of change is underway in the country’s largest Protestant denomination. Mary, thanks so much.

In a moment we’ll hear from the Baptist leader who led the SBC’s governing committee through the last two difficult years.