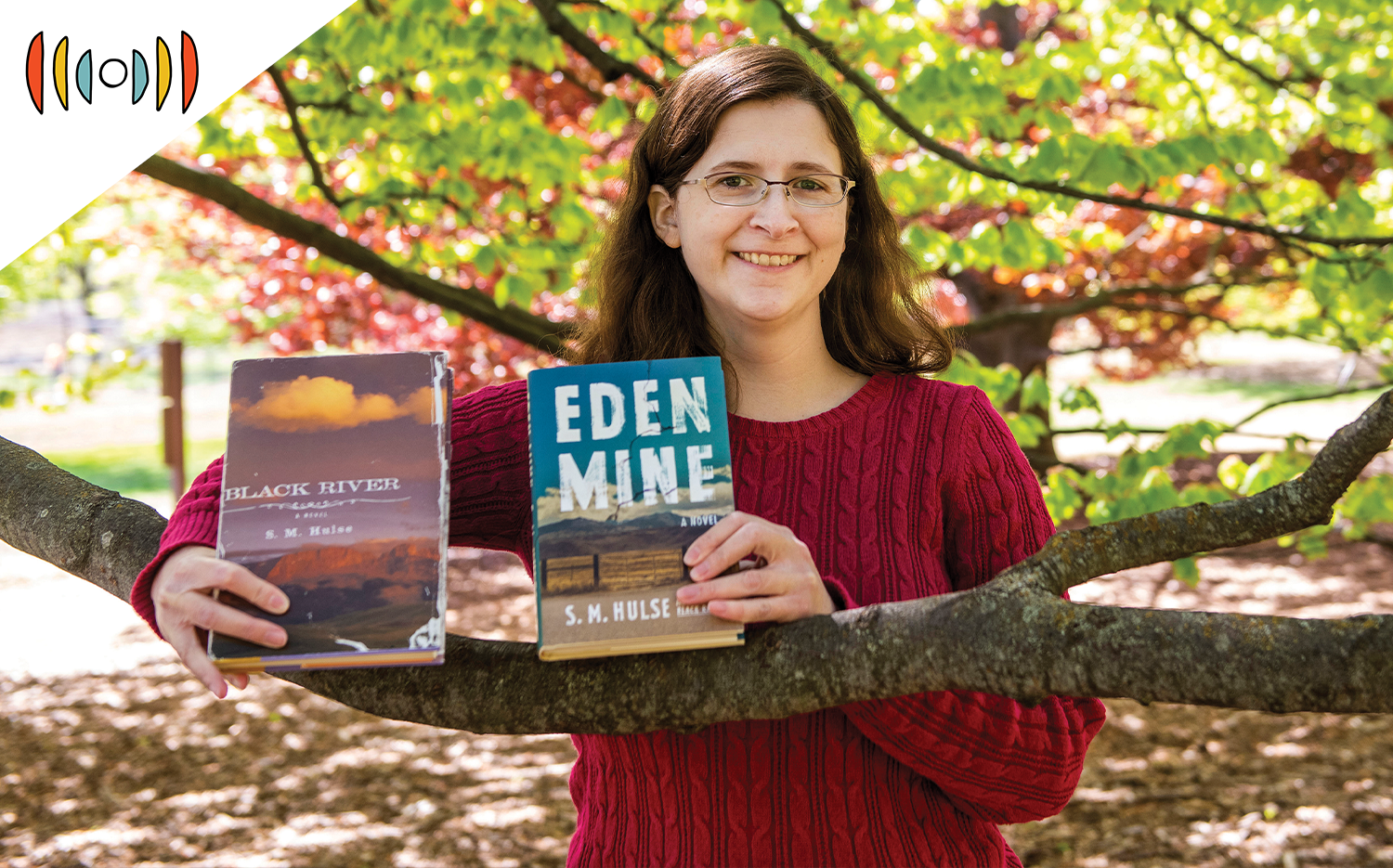 MARVIN OLASKY: I have not heard of you before, except some reviewer mentioned Black River. And I went and got that. And I should say—embarrassing, though it is—I'm a fan. Good stuff. And I was thinking earlier today: “Well, why?” They remind me so much of the classic-late westerns. Another embarrassing thing, I wrote my doctoral dissertation on western movies, many, many years ago. They just struck me a lot like some of the John Ford movies in some ways. Anthony Mann...does that resonate with you at all?

SARAH HULSE: Definitely. I sometimes have been telling people, you know, one of my ways of getting through the pandemic has been working my way through the complete DVD set of Rawhide.

HULSE: I think The Man who shot Liberty Valance is an amazing movie. Right. Right. So I certainly, you know, I do think that's definitely an influence.

OLASKY: Secondly, through and through, they seem so God haunted. It seems that your characters, and perhaps you yourself are wrestling with some very basic and crucial questions.

HULSE: Yes, I think I'm interested, I think in the ways in which some of the seemingly simple things about faith and Christianity are difficult for some people in practice. I think that's, you know, definitely obviously a sort of direct concern in Black River. But I, you know, I kind of love that tension that, you know, we can distill the gospel down into a few words, right? We can look at John 3:16, or the Roman road, or some of these places. And in that sense, it's very simple. But actually, playing that out in reality in real life for some people doesn't feel that simple. And so I think that's true for a lot of my characters. And I kind of enjoy writing fiction that engages with maybe the messier and more difficult side of that.

OLASKY: The third thing that interested me was writing is 10% writing and 90% rewriting...

HULSE: Yeah, I said literally, with those percentages, that exact thing to my students.

OLASKY: So your books are so interwoven. And from my vantage point, it doesn't seem there's anything accidental in there. If that's true, what I'd like to do, and haven't really done this with other people, but I would actually like you to read a few passages that I've picked up, just paragraphs, and I'd like to then ask you, why is it? Okay, let's go to Black River and go to the bottom of page 63.

HULSE: “When they are first married, Claire closes her eyes for grace. Her family never prayed. So she studies her husband, and does as he does, eyes closed, head bowed, fingers intertwined. Though Claire does not believe in God, she loves her husband's efforts at faith. He keeps a Bible on their bedside table and reads from it most nights before turning out the light. He told her once while they were lying beside each other in the dark, that the stories in its pages never seem quite the way he remembers them from church.”

OLASKY: Now, why is that last sentence? Again, I'm assuming that there's nothing accidental in your writing. Why that?

HULSE: I think this is maybe an early acknowledgement in the novel, again, that Wes has more faith than he realizes. And this is something that, of course, becomes very important at the end of the novel. And I think this also draws an early distinction between perhaps the the more maybe performative elements of faith and practice and the more personal elements. I think this is where we see Wes, even if he doesn't realize it fully at this point in time, maybe internalizing some of these stories and processing them and understanding them in ways that go beyond simply being receptive to what someone else like a pastor tells him about them.

OLASKY: Okay. That seems also very much like the classic Western hero, who actually knows more than he may think he knows and comes to, in a way, he may not be sure that he will come through. How much of that character reflects you in some ways?

HULSE: Well, it's interesting in a number of ways, you know, it was my first novel. I wrote it when I was in my 20s. And a lot of the questions I got asked after it was published were really about how did you as a 20-something woman write about this 60 year old man? And of course, that's what fiction writers do. Right? We put ourselves in someone else's shoes. But in some ways, you know, I understand Wes very well, I have certain personality traits that I understand about him is his tendency to want sort of a rulebook for things and to follow those. You know, I can empathize with that a lot. And I think many people can, you know. Wes takes it to extremes. At the time, I was writing Black River, I was in graduate school when I drafted it. And then I worked on it for about a year after graduating. I was attending churches, part of me wasn't entirely sure why. And it's something that became more important to my own life over the course of writing the novel. And I became a Christian while writing the novel. So some of that is certainly I wouldn't say his face journey really reflects mine, but it certainly I can understand the experience of of having a journey as an adult, I think.

REICHARD: That’s Sarah Hulse talking with Marvin Olasky. To read more of their interview, we’ve posted a link in today’s transcript at worldandeverything.org.