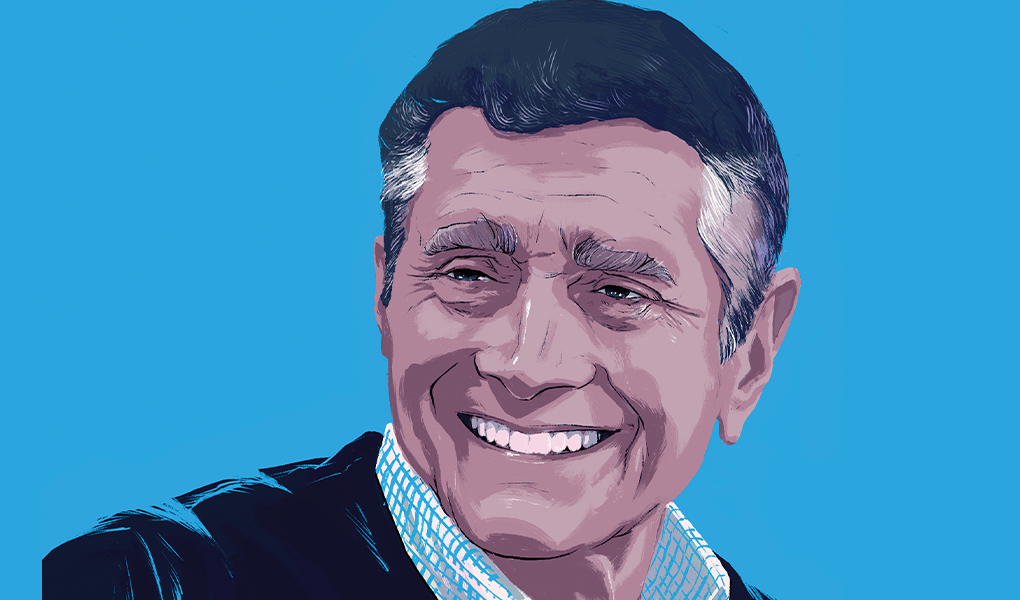 In 2004 he published Right Turns. It chronicles his personal journey from political liberalism to conservatism, and his conversion from secularism to Judaism.

EICHER: His latest project explores the providential hand of God in American history. Marvin Olasky and Michael Medved talk about it, but not before talking about cleanliness and godliness.

MARVIN OLASKY: Now we’ve spoken a few times over the years. The last time, I had the privilege to meet you at your synagogue and walk to your home for a wonderful Sabbath meal. I want to ask you one thing about that. You were picking up trash as we walked, and my wife and I last night were both remembering that, and she said, “I want to get one of those trash picker-uppers” because we have some trash in our neighborhood and that would be a very useful thing for us to do as we are walking our dog. So, what kind of trash picker-upper do you have?

MICHAEL MEDVED: I use a thing called, I think it’s called, the Gofer. But generally, they make these for old people.

By the way, I thought you were going to ask me something else which was that, in, in Jewish law, there are restrictions on transporting things carrying things from one place to another on the Sabbath.

MEDVED: The prohibition is because transporting something from one domain to another, is the essence of commerce, it changes its status. You’re of course allowed to carry something from one room of your house to another, or from your backyard, because it’s your property into your living room. And this very common practice, which is basically based on the idea of a walled city, is that when you’re in a communal space if you’re carrying something within the community, that doesn’t change its status and it doesn’t violate the sabbath.

Therefore, carrying litter away, it’s a, it’s part of what, what I call “Do It Yourself Conservatism.” In other words there’s so many people who complain about things, like the environment, this is something—my own little contribution—to making my immediate environment better. And I just have never seen any downside to it.

That whole idea of, well, “while I’m walking through, I’m going to improve the world on the path that I take” that I think is, is one of those things that has powerfully motivated you your whole career and I’ve tried to have that as my motivation as well.

OLASKY: Well, yes, but right now I should probably turn to your American history writing, because you do have a new book out: God’s Hand on America. Let me ask about some of the miraculous things that you cite, and I’m going to be a little bit skeptical about some of them.

I’m glad that you, you start writing about William Seward, he’s one of the underrated politicians in our history. You mentioned that on the night of Lincoln’s assassination, Seward, who had had a bad accident, was in bed and so one of the accomplices of John Wilkes Booth was going to kill him. And there he was, lying in bed, and was a little helpless in defending himself—although he did roll over and managed to get out of the way, at one point—so you point to the accident nine days before as actually helpful in some ways, but he wouldn’t have been lying in bed if he hadn’t had the accident. Perhaps he would have been better able to defend himself.

MEDVED: But it wasn’t his defending himself that delivered him. What delivered him was the contraption that the doctors had set up. Because he had broken both his upper and lower jaw…

MEDVED: …in the carriage accident, and they built a device that was made of metal plates that covered his throat and set his jaw in place and it was wrapped in canvas, sort of like a mummy, to keep it attached, very tightly to his face so that he could heal.

And the Friday morning of the Good Friday, when there was this attack on Seward the same night that Lincoln, his friend and of course his chief as president of the United States, was shot in the head.

Lewis Powell had been instructed as part of this Booth conspiracy to kill Seward.

So he came up and decided to use a knife. Now he was a trained killer. And he went for the jugular. And he brought the knife down repeatedly. Most experts on this incident say at least four times against Seward’s throat and it kept hitting the metal plate, that was only there because the accident that had nearly killed him nine days before.

Now, all of this becomes enormously important and ties in with America’s future. Because without Seward survival on this April 14th, Friday of 1865, America never acquires Alaska in 1867.

OLASKY: Right, we’re agreed upon the importance of Alaska, and the importance of Seward and making that possible. I guess my question is, you describe that vivid scene of his almost assassination. And yes, there is the, the metal plate protecting his throat, but, and you tie this in as God’s providential action there, which I very much believe God providentially acts. I’m wondering in the circumstance, when we tie together a particular accident and say “well this is the way God worked this and if it hadn’t happened this other stuff would not have happened,” are we are we saying too much? Are we saying beyond what we really know as far as God’s providential actions towards life in the life of America?

MEDVED: It’s certainly beyond what we really know, but it is not beyond what I think we can infer.

More of this interview appeared back in April in WORLD Magazine. In the transcript of today’s program, we’ll have a link to it.