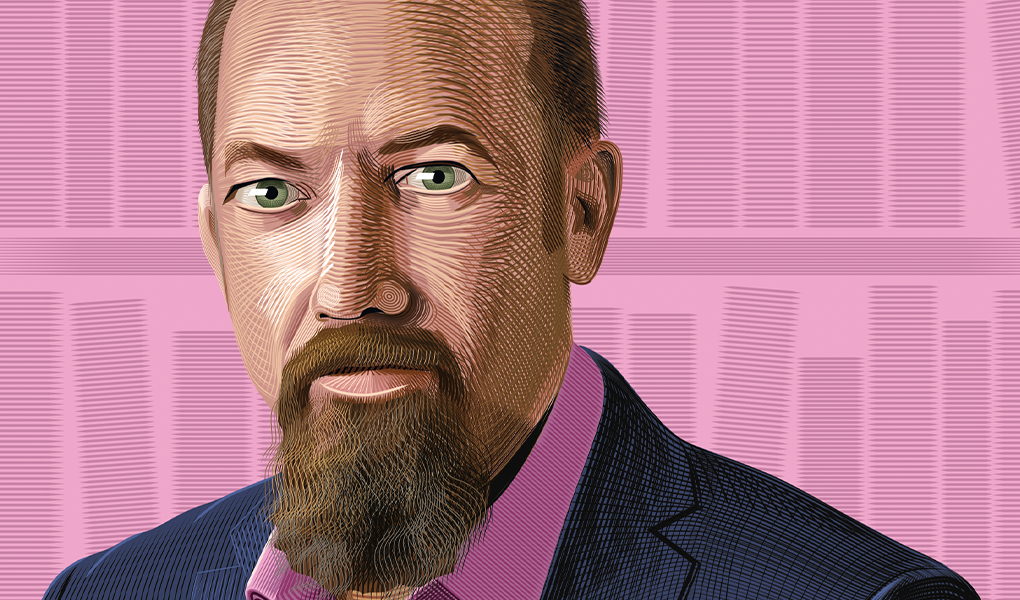 Today, a conversation with author James Smith. He teaches philosophy at Calvin College in Grand Rapids, Michigan, and has written numerous books including: You Are What You Love, and Awaiting the King. His most recent title is: On the Road With Saint Augustine.

EICHER: Augustine of Hippo was an early church theologian and bishop in North Africa during the 4th and 5th centuries. Professor Smith asserts that Augustine’s writings still offer relevant wisdom for many of our modern issues, more than 16-hundred years later.  Here’s an excerpt of his conversation with WORLD editor in chief, Marvin Olasky.

MARVIN OLASKY:  Just thinking, growing up my cathedral was Fenway Park in Boston where the Red Socks played. What was your cathedral? Do you have other non-church cathedrals that draw you now?

JAMES SMITH: Well, when I was in high school, sport was kind of my religion. But really it was freestyle BMX biking, the kind of thing you see on the X-Games and things like that, that happens in Austin. And what was interesting is that it was very much about belonging.

It really was, it’s a little bit like what Augustine was looking for in the Manicheans when he joined, you know he’s a young man, he’s joining these different groups. I’m not sure what my current sort of sympathies would be. It would be, I guess I do have a little bit of a tendency to just. The academy itself can be its own temple, right?

SMITH: There’s a way in which  the perks and laudates and benefits and privileges of the university life can draw you into a world where you start valuing good things, but for the wrong reason. And I think that’s an ongoing challenge for Christian academics…

OLASKY: So, you write in this book and frequently about how habits change us. That’s one thing I would question. Can we easily fall into rituals that don’t actually change us, but just confirm us to feel good about ourselves without really going through the type of thinking that Augustine went through?

SMITH: Yeah, I mean, interestingly if you look at the trajectory of how Augustine orders the Confessions, changing his mind does not solve his problem, but when you get to book seven, in a way all of Augustine’s intellectual convictions have been changed. But then when you turn to book eight, he will still confess that he doesn’t have the will that’s needed. And what’s required is a transformed will, transformed love.

And that, now, of course the condition of that is the infusion of grace that comes from God that makes it possible. But then he describes in a way re-habituation is giving yourself over to rhythms, routines, and practices that are themselves infused by the Spirit. So that they are doing a kind of work of transformation on us on a register that is pre-intellectual.

And I just don’t think, I actually don’t think that many people think their way into holiness. If that was the case, everybody with a Ph.D. in theology would be a saint, and that’s hardly the case.

And I think what you see in Augustine is a great model of somebody who engages in deep introspective reflection on him, on his relationship to God, but that it also then spurs his intentionality about giving himself over to rhythms, routines and practices that carry the grace of God in them.

So, admittedly, it is a fairly sacramental understanding of those practices and obviously some Christians disagree with that, but even as somebody who’s a Protestant and in the reform tradition, that vision of a kind of practiced, embodied, presence of the Spirit, habits of grace is something that, you know, Presbyterian and Reformed folk would also be convinced of.

OLASKY: Yeah, now let me go back to the book. This may be my favorite sentence from the book, “We have created youth ministry that confuses extroversion with faithfulness.” Can you expand that a little bit?

So then what happens is, this sort of template of almost the youth pastor is this incredibly perky, energetic, rah rah cheerleader for Jesus. Who’s very sincere and passionate, I don’t mean to undercut that at all, but what it means now is that we have effectively held up this exemplar of how one is a Christian. That is quite unique and not at all universal. And yet, if that’s all young people see and they’re just not wired for that sort of rah rah cheerleading for Jesus kind of expression of the faith. If they’re just kind of a more contemplative soul, or even if they struggle with doubt, what will happen is they just start to conclude, “well I can never be that person. Therefore, I guess I couldn’t be a Christian.”

And I think that is a travesty. And it’s young people like that I have found who I meet them at university and they’re ready to walk away because that’s actually the only version of Christianity that they’ve known.

And then you give them something like the Book of Common Prayer and they’re like, “Wait, you me I can pray and I don’t have to make it up? And it’s not just sort of on me to be improvising?” And then all of a sudden, you’ve given them kind of a mode of contemplative spirituality that they have never ever seen before and it actually makes their heart come alive and they can live into that as a way to follow Jesus. That’s what I’m most worried about. That we make sure young people see all the different modes of which we can be encountering, worshiping, and praying. Because otherwise we just sort of normalize a personality trait rather than the norms of discipleship.

EICHER: That’s Calvin College professor James Smith talking to Marvin Olasky. For more excerpts of this interview, we will have a link in today’s transcript at worldandeverything.org.