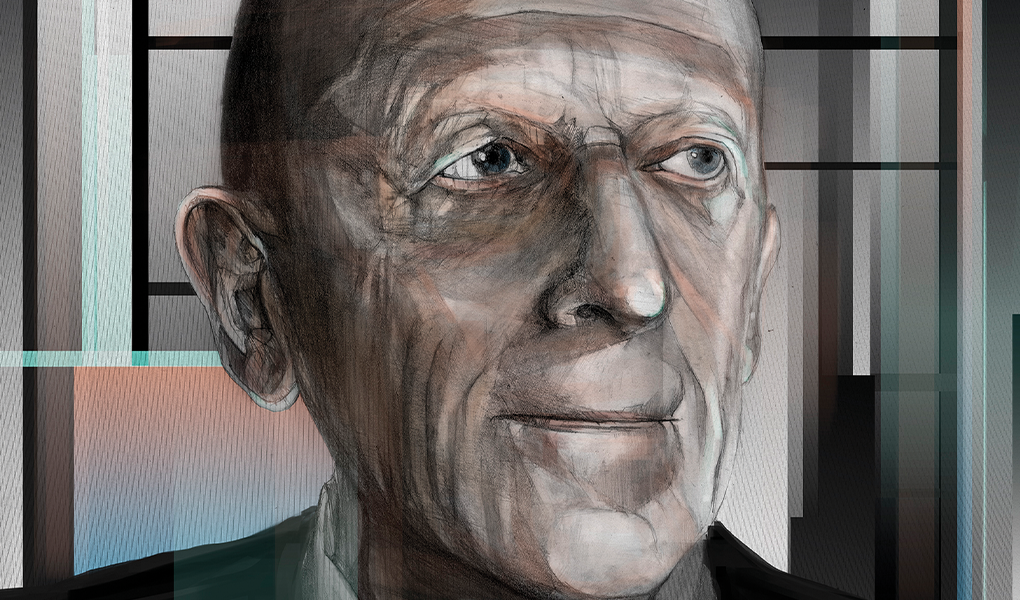 NICK EICHER, HOST: Today is Tuesday, December 8th. This is WORLD Radio and we’re so glad you’ve joined us today.

MARY REICHARD, HOST: And I’m Mary Reichard. Coming next on The World and Everything in It: the Olasky Interview.

Today, a conversation with author and professor Daniel Chirot.

He was born in France during World War II, and Chirot’s family was able to evade German roundups of Jews. The family arrived in the United States when he was six, and over a 50-year academic career, he’s studied tyrants and their ideas.

EICHER: He wrote a book that was a runner-up for WORLD’s Book of the Year in the category of Accessible History.

It’s titled You Say You Want a Revolution? Radical Idealism and Its Tragic Consequences.

In this excerpt of his conversation with WORLD editor-in-chief Marvin Olasky, Daniel Chirot outlines the stages of political revolution:

MARVIN OLASKY: Let’s start with the common history of people like Lafayette and France, Modesto and Mexico. Kerensky. And Russia, Bakhtiar and Iran. What are these people have in common?

DANIEL CHIROT: Well, they’re liberals. And they were optimistic about the prospects for the revolution, in which they were leaders at first. They underestimated the anger and real rage of some people in their societies that strengthened the far left, and in some cases, of course, extremists on the far right. But they were also in a way naive, they didn’t realize the ruthlessness of the extremists.

OLASKY: So you mentioned four revolutionary stages with let’s say, Russia as an example. Liberal reformist, then idealistic but brutal Leninism, and then even more deadly Stalinism, and then the slide into corruption and loss of fervor. That seems generalizable, it tends to happen all over.

CHIROT: Yes. The liberal first stage is very promising. But then the extremists take power. And once in power, they try to impose solutions that their societies don’t really want. And so they have the choice of either using greater force, or else abandoning their ideals. And in the cases that you just mentioned, the solution they found was to just impose force. And it’s a disaster for the societies. And eventually, they become more corrupt, and everything falls apart, but it can take a very long time.

OLASKY: So typically, the incompetence of the old regime creates chaos. Moderate liberals are prominent. At first, they don’t grasp the situation, and they fail to quiet discontent. And then things get worse. Is that the typical pattern?

CHIROT: Yes, it is. And, one of the real tragedies is that in all of the major revolutions from the French Revolution, in a sense, even the American Revolution which had a somewhat different outcome, they could have all been avoided, if the regimes in power had been willing to make some concessions.

What happens is that the regimes, the conservative regimes and power, suppress dissent, and who gets suppressed most successfully? Liberals, because they’re out in the open and they get pushed aside. And that allows the more secretive extremists to organize themselves for an eventual takeover of power. So the tragedy is that in every case, moderate reform could have worked, and it’s resisted, and that leads to the tragedy.

OLASKY: So in France, for example, in the 18th century there are big economic problems, then there’s enormous debt. The aristocracy doesn’t budge. And then you seem to have, you almost have fake news developing at that point where, where people start hearing all sorts of rumors and believing them and then that leads to further collapse.

CHIOT: Yes, That’s right. Fake News wasn’t invented in the 21st century. Quite the contrary. It just was disseminated more slowly. In France, really the most responsible people for the revolution were the members of the aristocracy, and of the high church, and they resist a tax reform. And tax reform would have been possible. France was not really that poor country. It was just that the conservative aristocracy, holding on to its privileges, refusing to allow tax reform, ruined the monarchy.

So in Russia, after the attempted revolution that failed in 1905, all sorts of reforms would have been possible, but they were rejected by the Tsar and the people around him. And so when a moment of crisis came, namely World War One, their incompetence and the failure to have enacted reforms before it destroyed the entire system.

So the same thing happened in Italy, when Mussolini took power, it was conservative forces that were afraid of moderate reform who turned to Mussolini, because they thought that he could destroy the left. And he did. But of course, again, with a catastrophic outcome. So and that is a fairly common pattern.

OLASKY: And it seems that both liberals and conservatives repeatedly underestimate the revolutionaries.

CHIROT: Well, it’s because we like to think that other people think like us. That’s a common human failing. And it’s a particular failing, not among those who have the most extreme ideologies, but normal middle of the road, decent people.

I mean, anyone who read what Lenin had to say, understood that he was utterly ruthless. He said, so. So did Hitler. So did the Ayatollah Khomeini, and yet, their supporters, or many of their supporters who are not so extreme, said, “well, that’s just politics. I mean, no one really believes in doing such extreme things.” But they did.

And so I think that’s a common fault. And when we see that in this country. We hear some extremist voices and those who are more in the center say, “No, that’s just, that’s just politics. I mean, we’re all decent people, no one really do anything like that.” But they’re wrong.

REICHARD: To read more of this interview with Daniel Chirot, check out the December 5th issue of WORLD Magazine. We’ll include a link to it in today’s transcript at worldandeverything.org.