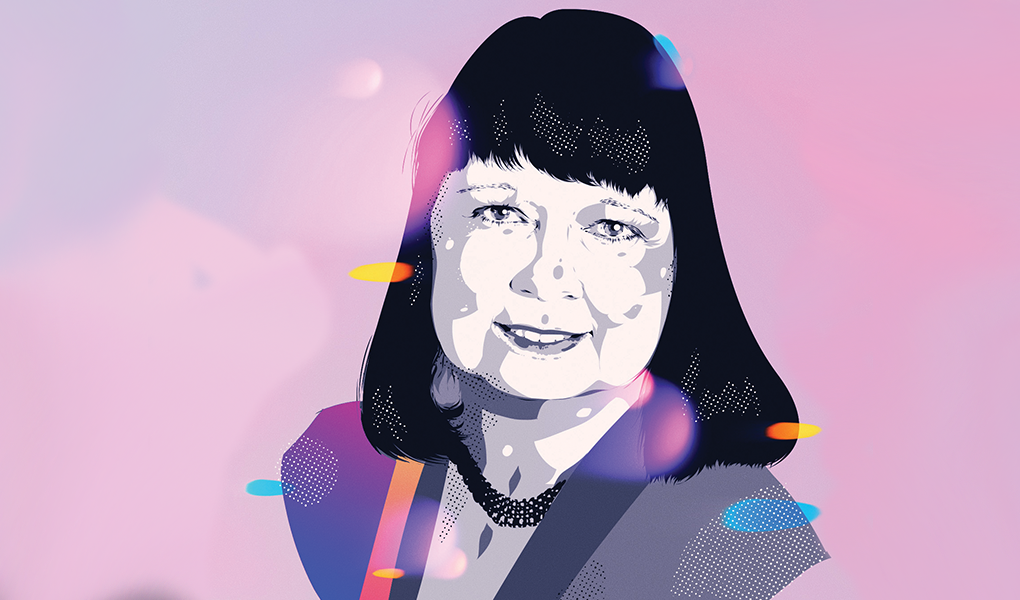 NICK EICHER, HOST: And I’m Nick Eicher. Coming up next, another in our regular series: The Olasky Interview.

Before last month’s March for Life in Washington, D.C., Marvin Olasky spoke with pro-life veteran Carol Tobias. She’s been on the front lines of both state and federal efforts for 40 years. Today, she serves as president of the National Right to Life Committee.

BASHAM: It’s known as the NRLC. It’s is the oldest and largest pro-life group in the country with 3,000 chapters operating in all 50 states. In this excerpt of their conversation, Tobias describes the NRLC’s goals for this year’s election and beyond.

MARVIN OLASKY, EDITOR IN CHIEF: Well, Carol, thank you for coming by today.

OLASKY: The latest poll I’ve seen is from May of 2018. Still, you have 77 percent of people saying the in cases of rape or incest, abortion should be legal. Do we work on that now or do we ignore that now and work on work on things that actually have more public support, what’s your strategy?

TOBIAS: Until we get a Supreme court that is going to dismantle Roe V Wade, a lot of these arguments are—I don’t want to say not helpful—but we need to get a majority of people in this country electing a good president who is going to put good judges on the court and electing senators who are going to confirm those judges. If that doesn’t happen, if we get a pro-abortion president and a pro-abortion majority in the Senate, it doesn’t matter what our disagreements are, our hands are going to be tied.

OLASKY: And so what do you say to people who are pro-life but look at president Trump and say he is unfit to be president?

TOBIAS: He’s doing everything we need him to do. He’s cutting off our tax dollars that would go to organizations like International Planned Parenthood to kill babies and other countries. He’s cutting off funding to them here in this country. He is allowing medical personnel to object that they don’t want to be involved in an abortion procedure or assisted suicide because their conscience or their religious and moral values tell them that’s wrong. He is putting justices on the federal bench on the courts of appeals, on the Supreme court, that will look at the constitution and not legislate from the bench. There might be some things that you don’t like about this president, but he is doing what we need him to do to save babies.

TOBIAS: Yes, yes. We need to get one or two more judges on the Supreme court and I, you know, not that that’s going to solve all problems, but if we can get the court to dismantle Roe and give us a 50 state battleground, that’s going to be much better. And we’re going to save many more lives than we can now.

OLASKY: Now state by state. It varies. And there are sometimes tough battles on which has the right strategy to have, let’s say a personhood bill or a heartbeat bill or you know, a 20 week bill or something. Do you have a dog in that hunt? What do you recommend?

TOBIAS: I don’t know if this is the right perspective, but I really truly believe it comes down to the Supreme Court. Until we can get rid of a national law that has tied our hands, a lot of what we’re trying to do could actually be counterproductive.

I understand pro-life people getting impatient, you know, this has been going on for 47 years. How many more babies have to die? Let’s do something. But we’ve got polling that shows right after New York passed their law last year saying: “We’re going to remove all limits on abortion throughout all nine months of pregnancy.” And then the state delegate in Virginia introduces a bill and admits, yes, her bill would allow abortion, you know, the day before birth or even the day of birth. And people were just flabbergasted. You know, that was really the goal of the abortion industry. “I can’t believe that’s really happening.”

And we were getting so many people coming out of the woodwork saying, “you know, what can we do?” And, you know, a couple of the polls that were out there made it look very much that the pro-life movement was gaining in, you know, people agreeing that abortion is wrong. And then we started getting states passing some of the tougher restrictions, either no abortions at all or the heartbeat. And then of course, the national news glommed onto that, ignoring what New York had done and what Vermont was doing and what Illinois was doing. They were then promoting all these stories about, you know, look at all these states that are trying to stop abortion before a woman even knows she’s pregnant. Pro-life numbers again, basically took a dive.

We can have these battles, but I would like to be more confident of where the court was before we start putting national elections in jeopardy. Because if Donald Trump loses, if Elizabeth Warren or Joe Biden or Bernie Sanders or Pete Buttigieg is president, we have lost our chance at taking back the court. So I think all the battles that we’re having are fine, but I would like them to wait a little bit.

OLASKY: So right now you are against personhood bills?

TOBIAS: Well, we’ve never been in support of personhood bills because they really don’t have any legal impact. Um, you know, if you pass the bill, that isn’t going to change the law.

OLASKY: And so you’re against heartbeat bills for the same reason?

TOBIAS: Our affiliates are kind of split on whether or not to support them. Uh, we know certainly the pro-life movement wants to see them pass. National Right to Life was the one that many, many years ago came up with the slogan: “Abortion stops the beating heart.” So it’s logical that, you know, if we’re going to protect a baby once she can feel pain, then why not protect that baby when there’s a heartbeat?

If the American public isn’t with you, are we pushing them into the abortion camp when they walk into the voting booth? That would be my concern.

OLASKY: So I hear you saying, tell me if this is an accurate summary, that things are basically moving slowly in our direction. Every time people see how radical the pro abort agenda is, that actually helps us move more people move. And so given that that’s happening in a sense, don’t rock the boat politically?

TOBIAS: I think that I would. A lot of people aren’t sure where they are on abortion. I think many of them would say, “I don’t like the way it’s practiced today,” and if they look at our opponents and they say: “they’re crazy, they don’t want any limits on abortion? I can’t support that.” They’re at least open to hearing our arguments. I think right now maybe it is, don’t rock the boat.

EICHER: That’s WORLD’s Marvin Olasky speaking with Carol Tobias, president of the National Right to Life Committee. Excerpts of their conversation appear in the February 29th issue of WORLD Magazine.