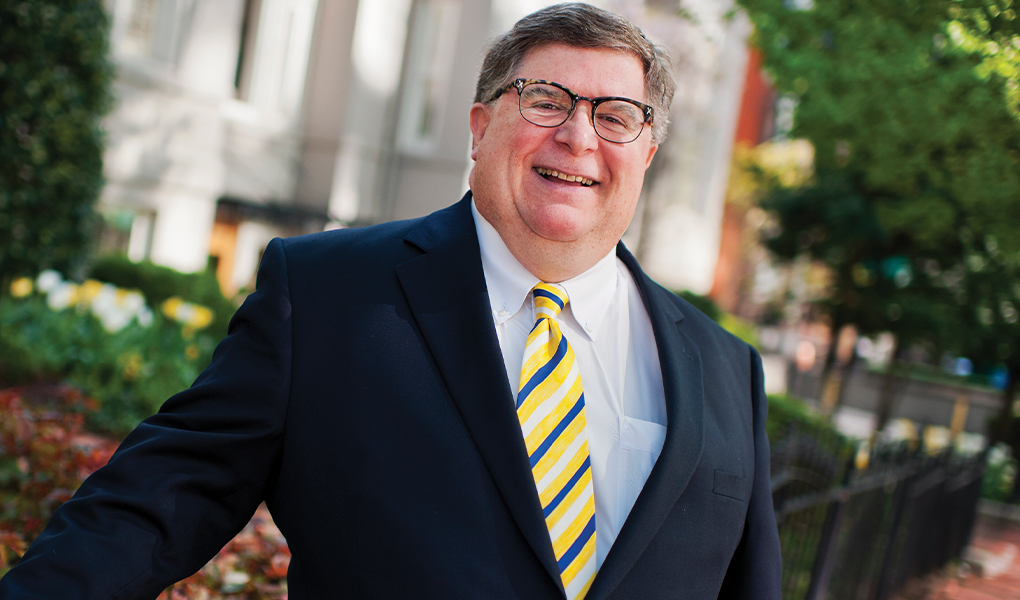 MARY REICHARD, HOST: Today is December 31st, 2019. You’re listening to The World and Everything in It, and we are so glad you are! Good morning to you!  I’m Mary Reichard.

Earlier this year, our editor in chief spoke with former U.S. Inspector General Brian Miller. He graduated from Temple University on a wrestling scholarship. He also attended Westminster Theological Seminary and the University of Texas School of Law.

MARVIN OLASKY, EDITOR IN CHIEF: What does an inspector general do all day? What is the general services administration?

BRIAN MILLER: (LAUGHTER) It’s probably the largest federal agency that you’ve never heard of. Because it works behind the scenes, it handles federal property, it’s the federal landlord. It also buys things for the federal government. So it’s a procurement agency.

And the inspector general is charged with rooting out fraud, waste, and abuse in federal programs. And charged to make these programs more efficient. There are 73 inspectors general, one for each agency. Many of them are Senate confirmed—I was confirmed by the Senate in 2005, appointed by President Bush. They have offices of auditors and special agents, investigators, and they also have individuals who conduct inspections and evaluations.

OLASKY: With that background whenever you read of a lot of government spending right now, has this made you more suspicious of the government?

MILLER: I think there’s fraud and all the programs generally, but fraud is not something that can easily be measured. A lot of people like to say there’s 20 percent fraud and healthcare and Medicare and Medicaid, but that’s a guess. By its very nature, fraud is hidden. People who engaged in fraud don’t want to be found out. I think that what is necessary is to have people looking for that fraud, to root out that fraud, and to catch the people that are engaged in the fraud, perhaps deter others from beginning to defraud the government.

OLASKY: So how, how swampy is the swamp?

MILLER: It’s swampy. You know, I think overall in terms of the big picture, the administrative state is growing and you know, tends to steamroll, uh, enumerated powers and separation of powers. But I think in the, in terms of the inspector general world, in terms of law enforcement generally, it is an important task to determine whether crimes have been committed—whether fraud has been committed against the government. And to work in that area is an honorable profession.

You know, you can avoid the swamp and you just have to be aware and don’t get sucked into any sort of political agenda, and to stay away from political agendas, stay away from overreaches, uh, and that sort of thing. And that requires a lot of judgment. And I think in terms of inspectors general, I think that you need people who have judgment more than anything else, to perform that role well.

OLASKY: We do often read about politicians who have amassed a great deal of wealth in office. How big should our suspicion finders be?

OLASKY: Is, is the work of inspector general, someone like playing that game called Whack-a-mole?

MILLER: It’s a lot like that. There’s always something going on, and maybe it’s not too surprising, the General Service Administration (GSA) had 12,000 employees. So in any town, small town where you have 12,000 people, you have people doing very stupid things and criminal things. Every town has a jail. And so when you get that many people together, there’s bound to be, you know, people doing improper things and what, you know, whether it amounts to criminal activity or not, you know, sometimes it does, sometimes it doesn’t.

I was asked, why are there always scandals at GSA? And I told them that, you know, the same answer that the bank robber gave: “That’s where the money is.” And a lot of money flows through GSA.

OLASKY: So what’s the ideal background for an inspector general?

MILLER: There are many different backgrounds. By statute it does require that they have a certain background and it lists the number of professions. Um, accounting, financial, law, law enforcement, but generally, uh, inspectors general have been auditors and, uh, law enforcement more recently they’ve been assistant U.S. attorneys and lawyers.

MILLER: Not that I know of, but you’d be surprised who does have a seminary background. Some of the chief compliance officers for major corporations have gone to seminary. And their role is somewhat similar to an inspector general. Uh, but, um, but no, I don’t know of anyone quite that has my background.

OLASKY: How do you connect the dots of theology and inspector general practice?

MILLER: At the most basic level, we serve the Lord and we want to follow the law. So we’re generally against lying, cheating and stealing. Um, it’s not biblical. It’s, uh, displeases the Lord. And so we do want to please him and everything that we do. And so I think that is a good background. People have to be of good character to be an inspector general. To work in an office of inspectors general, uh, that they have to want to follow the law. That mindset helps to, you know, look at whether or not, um, an organization or an individual is actually following the law as it’s written. And so I think all that helps.

OLASKY: Okay. Well, Thank you very much for coming. Please join me in thanking Brian Miller. Thank you.