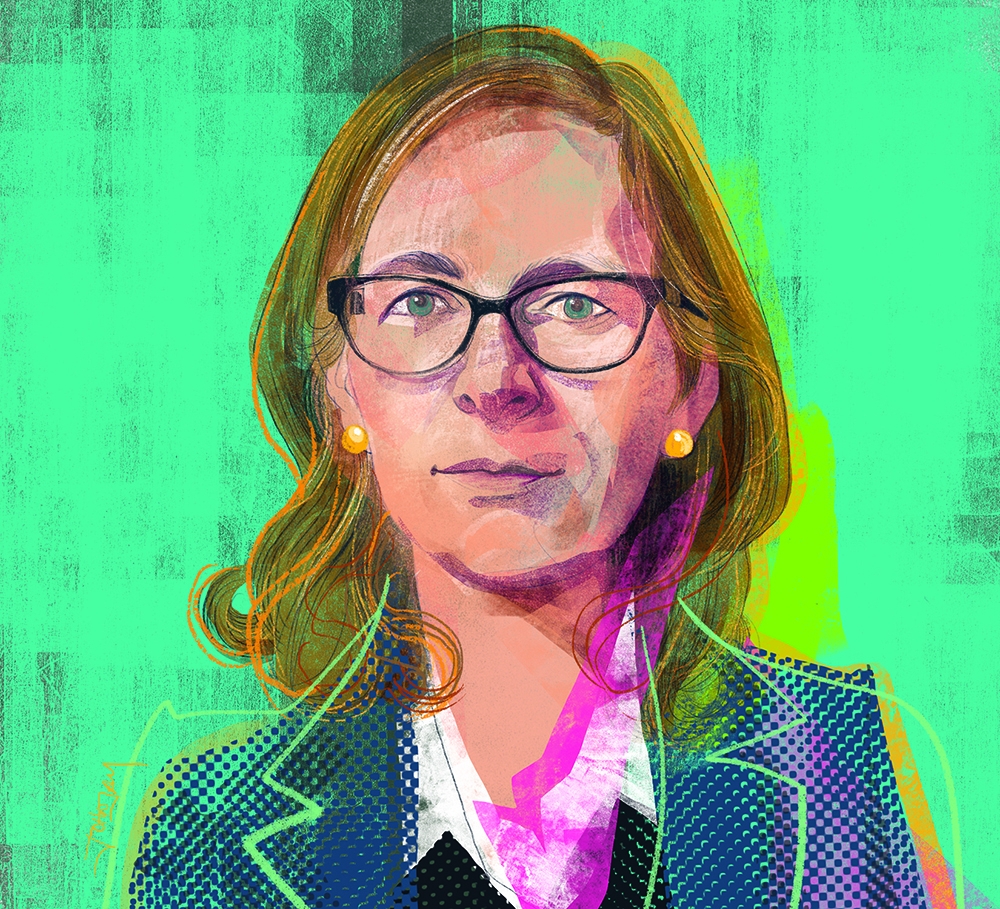 NICK EICHER, HOST: And I’m Nick Eicher. By the way, Megan, as you know, I’m working with your good husband, Brian, and we put up some video of this snake episode on this morning’s WORLD Watch News in 3. It’s quite a thing to see.

BASHAM: Cannot stand snakes. I’d have driven the car into a tree in a panic! That’s a WORLD Watch I’m not sure I want to watch, Brian or no Brian.

EICHER: Well, it’s a great morning news show for teens and you can check it out at worldwatch.news. And we’ll put a link in the transcript.

Coming up next: The Olasky Interview. Today, a conversation with journalist and author Amity Shlaes, talking a bit about her new book, which I’m about two-thirds of the way through, a candid history of the War on Poverty.

BASHAM: Right, it’s called Great Society: A New History. Amity Shlaes is author of five books, and as you say this latest one tackles President Lyndon Johnson’s War on Poverty and President Richard Nixon’s attempts to expand it.

In this excerpt of their conversation, Shlaes describes how one specific bureaucratic program illustrates what happens when big government tries to solve local challenges.

MARVIN OLASKY, EDITOR IN CHIEF. Housing projects. Now, you know, from suite level I suppose it made sense, well from each according to his ability to pay. So if you earn more money the rent goes up. Did anyone think what this actually did to incentives to work more and raise your pay when you’re actually going to have to then turn over a lot of that to the government?

AMITY SHLAES: The government made housing projects. The federal government and the towns paid for them. Federal government being important there in the paying, in the beginning and then they were supposed to be run by housing authorities and the housing authorities were supposed to run them as businesses. That is, break even. And there were terrible, terrible incentives at work. One was that state welfare offices for example at Pruitt-Igoe in St. Louis which I profile in this, Missouri state rules, or maybe St. Louis rules as well, basically incentivised families to break up.

So if the dad left the state the mom got the money and got to stay in Pruitt-Igoe. Or if the dad didn’t leave and he was hiding in the closet, and this actually happened, the mom taught her kids to lie and deny the father was present which is also incredibly perverse. That happened both before the ‘60s and to some extent though the problem was recognized in both the Johnson and the Kennedy Administrations, through and after, that the public housing encouraged dependence.

In addition though, for example in the case of heavily unionized St. Louis, something else was missing. Which is the economic growth that would have made the arithmetic of the housing project work. So, had Pruitt-Igoe been packed to the gills with families, it might have broken even and then it might have been able to pay for the repair of its elevators and then the poor people would not get stuck in the elevators and be mugged by children there. Or had St. Louis produced enough jobs then more dads might have stayed in St. Louis and the boys would have been less likely to join gangs. So growth was an important missing factor.

OLASKY: Right but why, why did folks in the war on poverty think that people who lived in poor homes, shabby homes but their own homes, why did they think that they’d be better off in government apartments?

SHLAES: Well what they were in before, say in St. Louis or in Detroit, was a rental, what might be called often a tenement, maybe without a toilet. So when they built Pruitt-Igoe there were toilets, there was an oven, there was beautiful running water, there was a gorgeous view.

They thought that they had penthouses in the sky. In the beginning it was a lovely modern complex relative to where they were before, but it too quickly fell apart. And that was because the arithmetic didn’t work because there weren’t enough tenants. Because the tenets were unhappy and behaved poorly because gangs took over because, I mean it was just so sad.

So, it would make sense you move from a rental and many of the people who moved into big housing projects were moving from rental to rental didn’t seem like a step down. What did turn out to be a step down and you can see this in Washington too, Washington D.C., was that in order to build the new urban renewal complexes, such as Pruitt-Igoe, the government and the towns colluded and bulldozed down whole parts of cities. Including all those tenements, but also shops owned by the people who lived in the tenements, shops that employed people who lived in the tenements, churches they attended, and so on.

So a lot of property rights were abused through eminent domain in urban renewal which commenced well before the Great Society but we saw the results of it during the Great Society and after. And that was a terrible thing. But also the quazi involuntarily thing, you’re going to be moved from one place to another.

OLASKY: So last question then. What are the main lessons from Great Society?

SHLAES: Oh, listen, the main lesson is listen to the locals, they know a lot, and let them build it themselves. One of the heroes, the hero of the book for me is Jane Jacobs. She saw that a neighborhood can, that is called the slum, can un-slum. She used that verb, un-slum, if it’s left to its own devices and has enough opportunity and has enough traffic. That is, there’s no limit to what a community can do for itself if left alone and not disturbed with wrong incentives of perverse incentives imposed from far away.

The other is property rights. And you see that, for example, in these housing projects where everything is ruined including the precious community space by the kids. Cause nobody owns it, nobody cares enough. So I believe in property rights. I believe they help the economy grow and I believe they help Americans feel they’re going somewhere, and go somewhere and they take away envy and provide a satisfaction and illumination.

If you want to read more of the interview, we’ve got a link in the transcript at worldandeverything.org.