The lowdown on the ninja variant

WORLD Radio - The lowdown on the ninja variant

This new COVID variant is causing a spike in illnesses

A vial of Moderna COVID-19 vaccine rests on a table at an inoculation station next to Jackson State University in Jackson, Miss., Tuesday, July 19, 2022 Associated Press Photo/Rogelio V. Solis 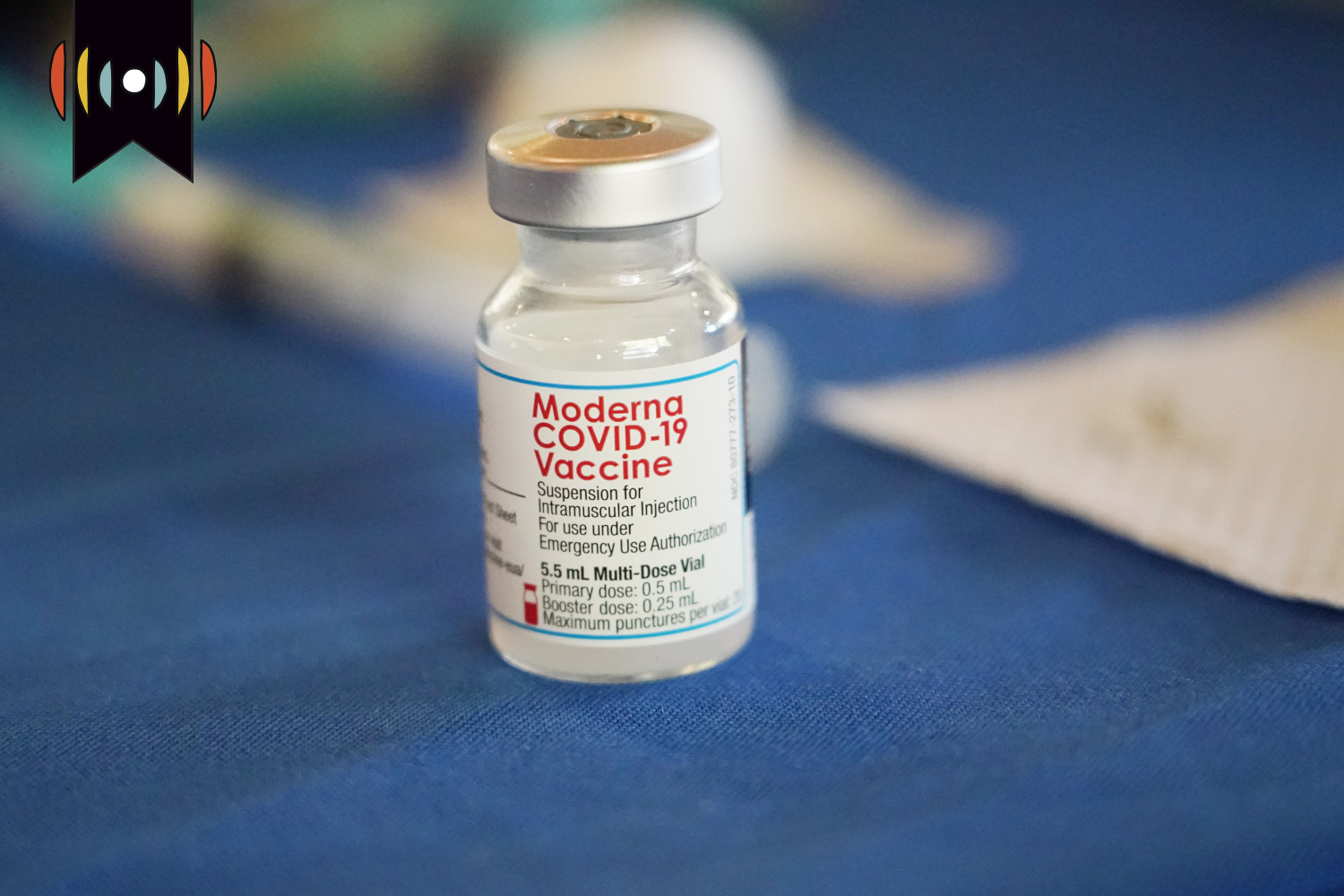 MARY REICHARD, HOST: Up next: the so-called “ninja” variant of COVID-19.

COVID cases are rising steadily in the United States. New positives and new hospitalizations are at their highest levels in five months. And we have an especially tricky strain of the virus to blame for that.

MYRNA BROWN, HOST: BA.5 is an offshoot of the omicron variant. It’s skilled at dodging your immune system, regardless of whether your immunity comes by way of a vaccine or prior infection. That’s why some are calling it the “ninja” variant.

And it is now the dominant strain in the United States.

Joining us now is Dr. Zach Jenkins. He’s a pharmacist who specializes in infectious diseases. He’s also a professor at Cedarville University in Cedarville, Ohio.

REICHARD: Well, first of all, how contagious is B-A-5 compared to the other strains?

JENKINS: Well, what I would say based on the data we have, it's about six times more infectious than the original strain of SARS COV-2. So if we rewind two years, and we think about how contagious it was then, this is certainly far more contagious. Now, some are likening it to being as contagious as the measles or worse. But largely, those claims may be a little exaggerated at this point. We don't have firm data on that. But it's still very infectious and that's an important thing to note.

REICHARD: Can you give us a simplified explanation of how this strain manages to evade immune defenses?

JENKINS: Yeah, so when we think about viral replication, what a virus really does when it enters into the body is it attaches to a host cell, and then essentially hijacks the machinery of the cell to make more of itself. It's almost like a robot. It's programmed to do that one specific thing. But just like if you were to print a bunch of things out at home, what happens if you're using a printer, sometimes you'll have printing errors. And with viruses that use RNA, like the coronaviruses, they're very fragile. They're very prone to errors in the replication process. And that's where mutations come from. Most of those mutations don't do very well for the virus attack. They tend to fade away and the viruses die. But on occasion, you get one that actually makes the virus more fit. And so when we think about evading host immunity, what's happened is these viruses have had those point mutations occur, where all of a sudden the antibodies you've generated from a previous infection, or maybe through vaccination, where you're guided towards specific kinds of structures, they're not recognizing those changes. And so that's how this evasion can really occur.

REICHARD: What are the most common symptoms of BA.5 and what is the risk of serious illness with this strain?

JENKINS: Both good questions. As far as symptom patterns go, I think most of us are very familiar with what we see—especially with the coronavirus in general. So we know that there have been a lot of flu-like symptoms. We know that early on especially some people were losing their sense of taste or smell, and even some people had intestinal disturbances. With BA.5 though what we're seeing more of is an increased incidence of sore throat, hoarseness, more congestion and sneezing and things. So it's a bit more common in that group. We're still seeing a lot of flu-like symptoms, but certainly more of those upper respiratory symptoms are more common. As far as severity goes, it really kind of depends on a few factors. So one of which is you know what a person's initial risk is going to be—if they are immunocompromised, or they're at the extremities of age, the very old or the very young, they're certainly at a high risk. When you think about people that have chronic diabetes, they're at a high risk. So all those things are big risks to consider. Another thing to think about though, is if they've had previous infection, how long ago matters. So if it was a long time ago, the antibodies may not be recognizing what's present now. And that could lead to infection and sometimes in especially those at risk people, they may end up with severe illness. What we do know—and this is the positive news—with each of these waves as more and more people are exposed, there seems to be a decrease in overall severity. And as we look at hospitalizations and the rate of those, it still is well behind where we were at when we think back to the worst part of the Delta variant, for example. So as people are getting more exposed, and the virus is actually worried more about transmitting itself and less about what kind of damage it does, the severity is actually decreasing.

REICHARD: Well, that is good news! I know that federal health agencies say that vaccines can still help to prevent severe illness, but as we’ve discussed here, it’s not preventing infection.

Do you think future booster shots help to protect against this and will matter? Or is this virus likely to keep mutating and staying one step ahead of us?

JENKINS: Correct. So, there are a few things to consider when we talk about just the mutations in general. When we think about the flu, we have a set path the flu usually goes down. It's been in circulation a long time. But with this being a novel virus where we weren't previously exposed to it prior to the start of the pandemic, there are a ton of people this can spread through. And so with all hat ability to spread, there are more chances for errors and mutations to happen, which can mean more variants. So that's where you see this accelerated rate of mutations. What's happened here is there are two primary pathways. There's the Omicron pathway, which is what's dominant now. It spreads really well, but causes overall less severe disease. And then there's the pathway that Delta was a part of. So what we could see in the wild at some point is some mutation or delta or some variant thereof, suddenly springs out and causes an issue down the road. What's happening now though, is because we're still basing a lot of our treatments, as well as our vaccines around the ancestral strain, the Wuhan strain we originally had, they're not necessarily catered to deal with the current variants at hand. So we're operating off of basically two and a half year old data. So in the future, especially for those at-risk groups, I think there's a real benefit towards having something that's more tailored to that, while protection against severe disease is still there. For the really at risk individuals, particularly those that don't have strong immune systems, I do think there's some benefit to having a vaccine product that can help

REICHARD: And want to back up a minute and talk about these subvariants. What does this mean exactly?

JENKINS: Yeah, so this is where things get really confusing. If we've been paying attention in the media, you've heard all the alphabet soup tossed around with all these different names and variants and it gets really confusing. The way I like to kind of liken it to is when you think about purchasing a car or describing a car you have—your make, your model, your year, and your edition of the car, right? So your make would be essentially the family of viruses. So what does this come from? You've heard monkeypox mentioned a lot in the media lately. That's from a family called orthopox. So when we think about the coronavirus, it has its own family it falls under, but the model is actually the specific virus and that's what this coronavirus is going to be. That's like the model of the virus, right? The year is what a variant would be. So that is a one particular version of that virus that was made that has very specific characteristics. What a subvariant is it's when there are slight alterations to those characteristics, but not enough to make it an entirely different vehicle. So, that'd be like a car edition. You know how there are sports editions and limited editions of cars. It's kind of like that. So, a subvariant has these little changes, but not enough to be completely different.

REICHARD: Zach Jenkins is a pharmacist and pharmacology professor at Cedarville University, a Christian college in Cedarville, Ohio. Zach, thanks so much for joining us today!

JENKINS: Thanks for having me.