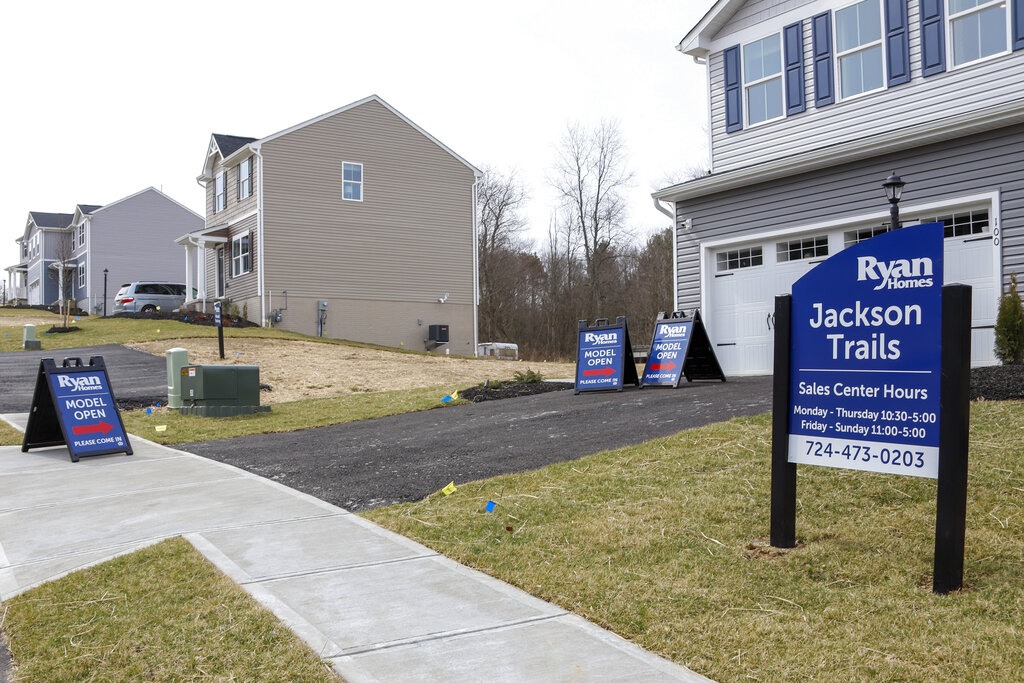 Who would have guessed it? In a year when a pandemic prompted governments to shut down their economies and cause record unemployment, the housing market continued to heat up.

MYRNA BROWN, HOST: That’s right. Home prices have soared. And as for the supply of available homes right now, well, in some places it’s almost like it was trying to find hand sanitizer or toilet paper a year ago.

But are we in the middle of another housing bubble?

REICHARD: Here to talk about it is mortgage industry expert Dale Vermillion. He is the author of Navigating the Mortgage Maze: The Simple Truth About Financing Your Home.

DALE VERMILLION, GUEST: Hello, Mary. So honored to be with you today.

REICHARD: Well, you’re welcome. Lots and lots of turmoil, so why do you think that we have continued to see such a housing boom?

VERMILLION: You know, it’s interesting. In 2020 when all of the havoc happened with coronavirus and everything else, it’s interesting to know that the mortgage industry was really kind of the darling of the economy in 2020 because it was the one place where good things were happening. Rates were at all-time lows. We saw rates get down to the mid-to-low twos in 2020. We’ve never seen that in history. Volume was way up. And I think a lot of people just realized one way they could improve their financial situation was by refinancing and lowering their rates and getting in a little better position on a refinance and buying was never more affordable. We’ve never seen the affordability numbers that we saw when rates were that low. I think that’s what’s created the housing boom is the combination of those two things.

REICHARD: Diana Olick over at CNBC said recently what we are seeing right now is the “perfect storm for a correction” in the housing market. Do you agree with her?

VERMILLION: I do. You know, what always creates the downturn in property values is when affordability gets to a point where the average U.S. American cannot afford to buy a home anymore. We are getting very close to that in a lot of markets around the country. And anytime that happens, you only have two ways you can go. Either rates have to drop down to create that affordability. Well, we just came off the lowest rates in history. They’re back up and every analyst that I talk to—and I’m friends with a lot of them who are absolute experts in this—and they all think the same thing. We think we’re going to stay in the mid-to-low threes most of this year. So they’re probably not going to go back down to what they were. So now the only place left to give is you’ve got to get it on the other side, which is the property value side. That means there’s going to have to be some corrections in some marketplaces we’re seeing around the country today.

REICHARD: Help us understand context here. How does the current market compare to where we were before the 2008 housing crash?

VERMILLION: From a property value standpoint, the values are actually much higher than they were even in the 2008 crash. We lost somewhere around 36 percent in property values on average nationwide from 2008 to 2012. We have gained back more than that, much more than that, on a national average basis. And in some key markets, doubling the numbers. Amazing increases in some of the markets around the country.
So, overall values across the nation are the highest they’ve ever been right now. But incomes have climbed. We’ve seen some improvements in rates, like I talked about. All of these factors have helped people actually create good affordability within that.
Where you’re going to have your markets that are most susceptible to have a change is where you’ve got markets where the property values have just spun out of control. The places that people want to live. The West Coast is very much a place that you’ll see, usually, the first place that property values drop. Northeast, Washington D.C., the Southeast. You look in places like Florida, like I live. But the one thing that’s really interesting about this marketplace, Mary, is that vacation places are the hottest real estate markets in the country right now because of work from home. So many people are working from home that they’re deciding why do I want to vacation in a place that I love? Why not just live there? And if I’m working from home anywhere. So, mountain properties, beach properties, all of those are going through the roof. And those aren’t going backwards anytime soon. Where you’re going to see the bigger hits is in those kind of mid-level American places where values have just kind of climbed to highest levels and there’s not a lot of things to keep people there to pay that kind of pricing.

REICHARD: Dale, what role is the Federal Reserve playing in the housing boom? And do you think their actions may be creating another housing bubble?

VERMILLION: Well, you know, the fact that obviously quantitative easing has taken place since 2008. We’ve seen the government actively involved in controlling interest rates like we’ve never seen before. I think it’s all been for good to this point because, look, especially last year with the coronavirus, the last thing we needed—if you look in the marketplace, interesting statistic, the only two growing industries in the American economy last year were the government and mortgage and real estate. [laughs] Those were the only two. So, you know, when you see that, what you understand is you’ve got to keep rates low to keep affordability for people. Home ownership is the centerpiece of our economy. It always has been. Real estate is where most people have made their wealth in this United States that we live in. So, I think keeping rates low has been a very wise choice. But what happens over time is you run those rates longer, it is going to create inflation, it’s going to start to create impact to values on property. We’ve always gone through this. You’ve got to go through a period of time you grow, you adjust, you grow, you adjust. That’s the old saying, “What goes up must come down at some point.”

REICHARD: Dale Vermillion is the author of Navigating the Mortgage Maze: The Simple Truth About Financing Your Home. Thanks for your time today.

VERMILLION: Mary, great to be with you. God bless you and thank you for having me.