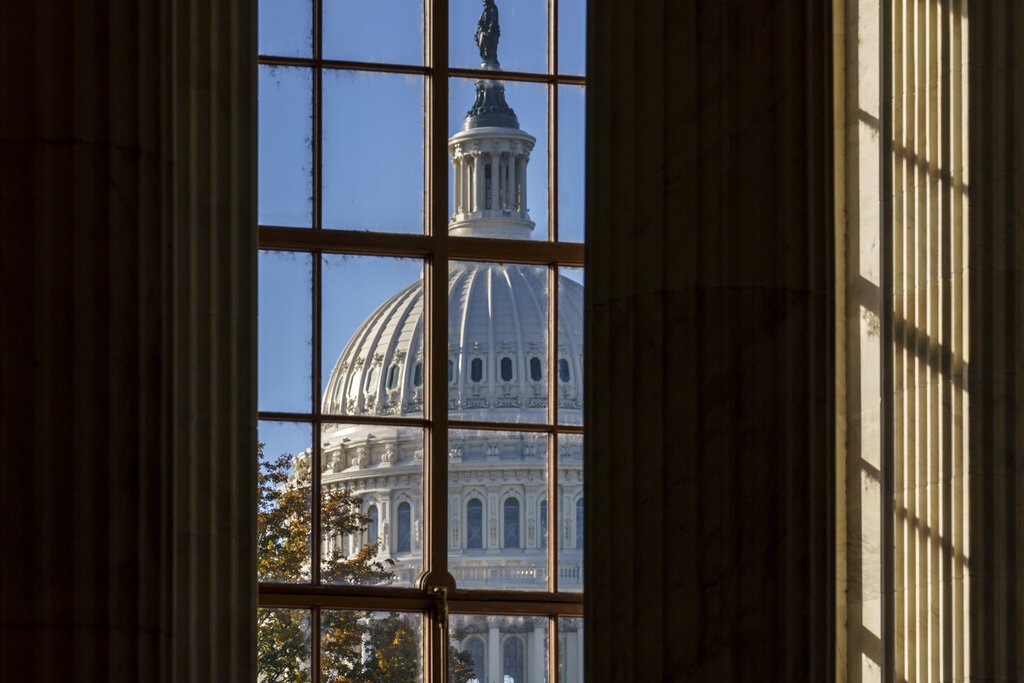 MEGAN BASHAM, HOST: Coming next on The World and Everything in It: a transition of power.

Democrats are preparing to take control of the U.S. Senate, but by the slimmest of margins. They expect to have the votes they need to approve President-elect Joe Biden’s cabinet nominees and judicial appointments. But not enough to push his legislative agenda through Republican opposition.

MARY REICHARD, HOST: Joining us now to talk about what happened in Tuesday’s runoff elections and what it might mean for the next two years is Jamie Dean. She’s WORLD’s national editor and main political reporter. Good morning, Jamie!

REICHARD: Were these races closer than expected?

DEAN: They were. The day after the November elections, most election-watchers were favoring the Republicans to win their contests. And some said: Even if one of the Republican candidates loses, it’s unlikely they’ll both lose. So, there was not much speculation initially about Democrats winning both contests and gaining control of the Senate. It was possible, of course, but a lot of pundits didn’t seem to think it was likely.

REICHARD: What do you think changed?

DEAN: I think perhaps pollsters and others were underestimating the potential for Democratic turnout. The presidential election was very close in Georgia, so why not expect close run-offs, even if you know voter turnout is likely to dip?

But it appears in some parts of the state, Democrats actually voted at higher rates than they voted in the presidential election. The chairman of the board of elections for Fulton County, which includes the very Democratic area of Atlanta, said that turnout there surpassed the November election. That’s unusual for a run-off, and it gives you an idea of how much intensity went into these races.

Democrats raised an enormous amount of money, and they worked on improving their ground game. So I think a large part of the success came from getting their voters to the polls.

REICHARD: What about Republican turnout?

DEAN: It appears less than Democratic turnout, so that seems to have played a role here. Lots of people are asking why Republican turnout dropped, and I think we’ll be hearing a lot of theories about that in the coming days.

Erick Erickson, who is a conservative commentator in Georgia, said he thinks the controversy over the presidential election likely played a part. President Trump has been embroiled in a bitter conflict with some Republican officials in Georgia who refused to declare the election invalid.

When the president rallied in Dalton, Ga., on Monday night, he spent part of his time talking about the Electoral College vote that was slated for Wednesday. So I think people are going to be asking whether some Republican supporters of the president essentially boycotted the election as a protest against the Republican officials in Georgia who Trump was criticizing—and whether other voters might have thought: If the system is rigged, why vote in this contest?

It’s hard to know how this all played out at the ballot box, and there’s usually no one reason candidates lose elections. So it’s not about laying all the blame in one place, but I do think Republicans are going to do some soul-searching, if they are suddenly and entirely in the minority. That can be a clarifying thing, but it can also be quite difficult when there are significant divides in the party itself. So—among many things—that will be something to watch in the months ahead.

REICHARD: Well, Democrats are obviously celebrating, but what would a single, tie-vote majority really gain them?

DEAN: It would give them a pretty clear path to confirm President-elect Biden’s cabinet picks, and any judicial nominations—including to the Supreme Court. They’d have a tougher time passing major legislation that requires 60 votes to overcome a filibuster, but they could make some gains through the budget reconciliation process.

That process can only be used to pass legislation that involves spending and revenues, but that could include some considerable measures. Democrats used that process to pass large portions of the Affordable Care Act, for example. So we may see the party using that process to expand portions of healthcare legislation or pass measures related to pandemic spending. There are a number of things they could pursue, but there are some limits on how often they could use that process—so they’ll have to be selective.

And, of course, they would control committee selections, so they really would have power to steer the agenda for at least the next two years, when midterm elections roll around. It’s hard to believe we’re already talking about another election season, but it’s coming up before you know it.

REICHARD: Yes it will. Jamie Dean is WORLD’s national editor and chief political reporter. Thanks so much for joining us today!