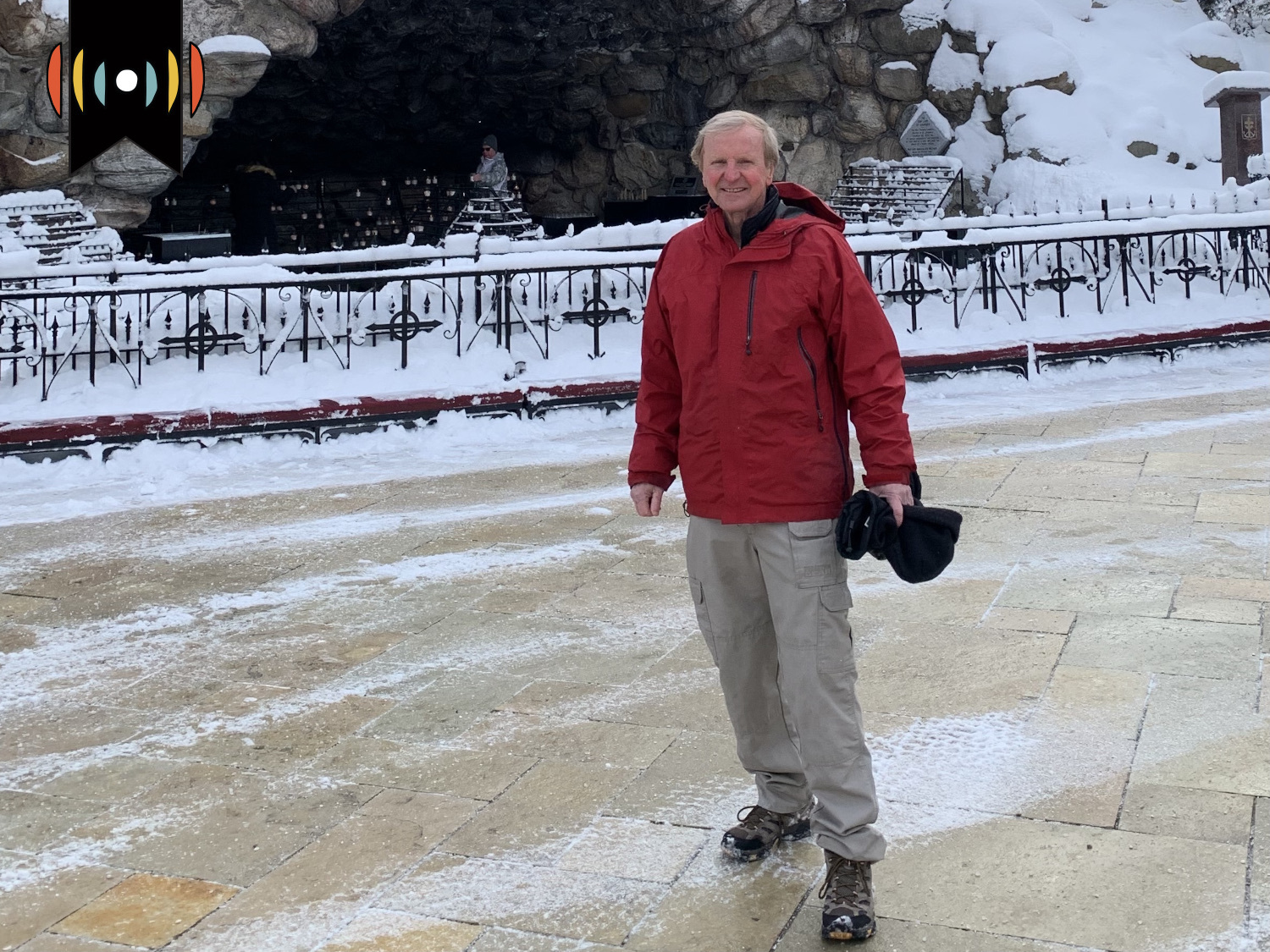 MARY REICHARD, HOST: Today is Wednesday, March 16th. You’re listening to WORLD Radio and we’re so glad you are!

NICK EICHER, HOST: And I’m Nick Eicher. Coming next on The World and Everything in It: walking.

The Bible is full of references to it. Walk in the light. Walk humbly with God. Keep God’s commandments and walk in his ways.

JENNY ROUGH, REPORTER: Craig Clapper wakes up in the morning, leashes up his Australian Shepherd—Little One—and heads to a state park near his home in Indiana where he hikes for two hours every day.

CLAPPER: I think when I go to that park, God meets me. And I wouldn’t give it up for anything today.

Even a freezing, snowy morning in February doesn’t derail his plans.

CLAPPER: In the state park this time of year, I may not see another soul. Just me and my dog.

Clapper is a pastor. He’s 71 and says it’s much easier to find time for long walks now that he’s semi-retired. But he doesn’t underestimate the value of a short walk either. I met him for one, followed by a talk in a bookstore.

He says God has called His people to walk.

CLAPPER: It’s amazing. You know, from Genesis where Adam and Eve walked with God in the cool of the day to the book of Revelation where it says those that are worthy will walk with me in white. Enoch walked with God. Noah walked with God. The Christian life is described as a walk, a daily walk.

Clapper credits the book God Walk by Mark Buchanan with helping him better understand how the Christian faith and the physical act of walking correspond.

CLAPPER: God told Abraham, walk the land, the length, the width. But then, later he said walk before me and be perfect. So, you have a physical walk, and you have a spiritual walk. I think Christianity’s physical discipline is walking. Jesus probably walked 23 thousand miles in all of his journeys. And the Apostle Paul, they have 13 thousand recorded miles.

Clapper has found many spiritual benefits to walking. One is his prayer life.

CLAPPER: I don’t do well sitting and praying. I walk. There’s something about walking and thinking and you can just pray a thousand times better.

Plus, being in nature is a daily reminder that God created the world.

Walking has also helped him understand his Bible more. Clapper has hiked the Jesus Trail in Israel three times.

CLAPPER: It’s really a cool trail. It says that Jesus left Nazareth and moved to Capernaum. And so, they have a trail that follows that route.

CLAPPER: And then, you end up in Capernaum on the Sea of Galilee.

Clapper uses his love of walking for another purpose as well—ministry. In 2013 he spent over six months on the Appalachian Trail as a trail chaplain. He hiked the whole footpath. Over 2,000 miles from Georgia to Maine.

His job: Offer spiritual support to other hikers.

CLAPPER: No one hikes for half a year just to take a hike. They are all working through something, and the opportunity to share is just unbelievable, with no distractions.

He didn’t wear a nametag or specific clothing that identified him as a chaplain. No one knew his background as a minister, or even his real name.

CLAPPER: You have a trail name. My trail name is Hoosier because of being from Indiana.

He didn’t preach or hand out tracts. The environment of the woods invited deep conversation.

CLAPPER: You have no distractions. You’re around campfires every night. You’re out in nature, and you know, all creation screams there’s a God. God just brings conversations up. You have to be a little bold and use the crack in the door. This was very common, I would have people say to me, “You know, I’m glad I met you because I was hoping that I would have some kind of spiritual awakening on this trail. And I have some questions.”

Among others, Clapper encountered Joe the Hiker. An extremely successful and wealthy man who had 32 patents to his name.

CLAPPER: He told me. “I’m out here because I don’t need any more money. And I don’t know what to do with the rest of my life.” And Joe the Hiker accepted Christ on the trail.

Clapper says what he learns from long walks translates to his spiritual walk. For example, Clapper points to Psalm 119. The passage praises God for His word that gives direction in life.

It’s important to stay on the right path whether walking a trail or walking with God. And that doesn’t always mean easy choices. You might have to go up and over a mountain, instead of around it.

Yet another lesson: Enjoy the journey. Clapper says we too often live in a state of anxiety and worry.

CLAPPER: I believe all kinds of people are going to get to heaven and say, “Could I go down there and do it over again, but do it right? Trusting You this time and not worried about it?” I think that’s how we ought to be thinking of the Christian life. Okay, God. You’re going to get me home. Now I’m going to relax and trust you and enjoy this journey.

He says enjoying the journey doesn’t mean discounting the destination. Walking with the end in sight is also important. One day we will be finished with our earthly pilgrimage. That brings me back to Clapper’s morning walks in the state park near his home. The park has an old graveyard in it.

CLAPPER: And I bought a grave for my wife and I in that graveyard. And so, probably a couple times a week I stand on my grave and I just think okay, what do I want them to say about me? That is a really good thing to do.

Until then, Clapper plans to stay faithful to walking—spiritually and physically. And encouraging others to do the same.

CLAPPER: Just get creative. You can do this. Start small. People need to get outside. They need to move. God made you that way, and I think it would amaze people the difference it would make in their lives.