Training horses involves more than just getting them to jump 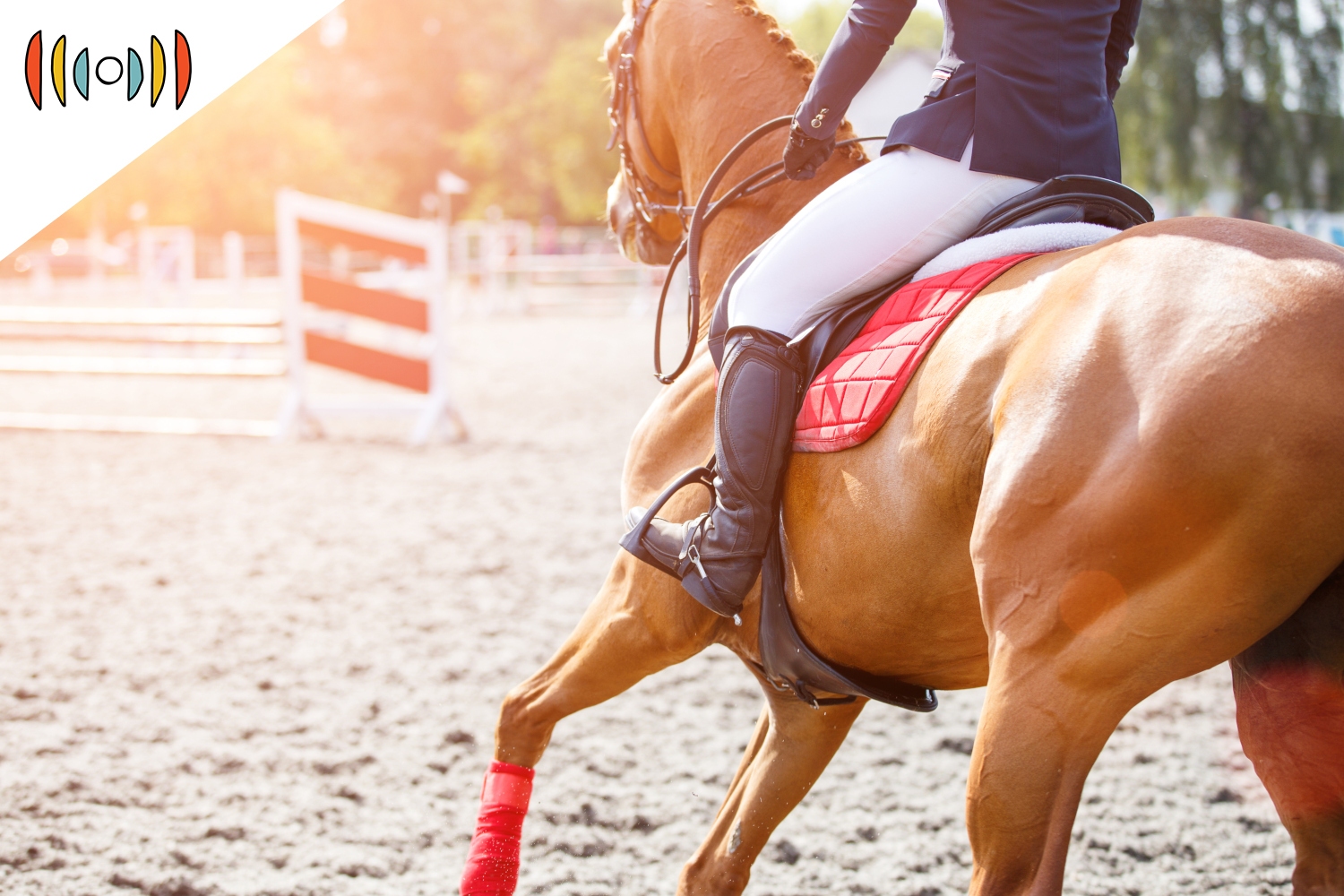 MARY REICHARD, HOST: Today is Tuesday, June 8th. You’re listening to The World and Everything in It and we’re so glad you are.

NICK EICHER, HOST: And I’m Nick Eicher. Next we turn to the world of show jumping!

Many of us only see show jumping every four years during the Olympics. Riders lead horses around a course, jumping over obstacles of different heights and lengths in a specific amount of time. It’s a precision sport, and the best horses can sell for hundreds of thousands of dollars.

REICHARD: But that kind of skill doesn’t come naturally. Behind these amazing animals are some likewise amazing trainers. WORLD European correspondent Jenny Lind Schmitt has our story.

JENNY LIND SCHMITT, CORRESPONDENT: Chevenez is a quiet pastoral village where you wouldn’t expect to find a world-class horse training facility. But this is where Edwin Smits trains show jumping horses from all over the world at the Equestrian Center of Chevenez.

SMITS: My father was a farmer’s son. I always loved horses and with these animals I was so attracted to them and wondered if I could make my business with that, how beautiful would that be?

Smits grew up in the Netherlands in a family that traded livestock. His family expected him to join the business. But early on he decided he wanted to spend his life with horses.

SMITS: I ride the whole morning and when I have a little time left, a few in the afternoon...

Training horses is a lot like raising children. It requires patience and consistency. Trainers gradually teach the horses what a saddle is, then what a rider is. When the trainer has to make corrections, it must be gentle and consistent.

Smits’ philosophy of calm, orderly instruction is evident in the way he carries himself and in the way he runs the equestrian center. Neat red brick buildings with green trim house the stables and offices. Inside the stable entrance, carefully labeled cubbies hold each horse’s tack and bridle.

Horseboxes line each side of the building. Curious equines poke their heads out to meet me, and Smits tells their stories.

There’s a horse-sized shower, with heat lamps for winter and fans for summer. One stallion, named Charlie Chaplin, wants to nibble the microphone wind protector.

He has a bed of wood chips instead of straw because he also likes to snack on his bedding.

SMITS: Otherwise he eats too much.

Smits oversees each horse’s schedule. They each train 2 to 3 mornings a week, then a shower, food, and a clean bed. Afternoons they can relax in the pasture. On non-training days, the horses have long rides in the surrounding rolling countryside.

SMITS: It’s not work. It’s a way of life. It’s 24/7.You cannot just say, okay forget them and that’s done. There’s many many beautiful moments that we live with them because it’s a beautiful life. But there’s also one horse that’s maybe gotten injured and it’s in the clinic and it’s like your baby’s in the clinic, and you don’t sleep. You’re awake until late at night and then the next morning you’re out again so you wake up at 5:30, so the nights are short.

Smits’ business partner is his wife, making it hard to take family time away. And when they do have vacation, they still need to stay connected to the stables in case of emergency. The past year, while Covid shut down most of the world, a severe horse virus called EHV-1 sickened horses across Europe. Smits had to curtail the training program, and is only just now back to full speed.

In the paddock behind a large indoor arena, a trainer is working with a horse in the morning sunshine. There is an obstacle course set up in the ring, but for now they are just practicing cantering smoothly.

SMITS: This is a young horse, with a lot of talent. Was a little bit of a slow starter. All the qualities but a little timid in her head, a little bit scared. So we have to give her a little bit of extra time to learn and do the whole program.

When asked if he’s ever had a horse he couldn’t train, Smits is emphatic.

He does admit that some were very difficult, but says that only made him a better trainer. And when I ask him what mistakes he’s made along the way, he corrects me with a smile:

SMITS: I correct your question, I think we never make mistakes, we have learning moments. If you see it as a mistake then you’re already losing. I think we learn everyday.

SMITS: If you are very clear and keep repeating the same that the animal or the human starts to understand you then he can learn it.

Smits says the hardest thing to teach is trust. Jumping over 5 foot-high obstacles in competition means the horse must trust his rider completely. That kind of confidence is not built quickly, but little by little, day by day. But that’s also the greatest reward.

SMITS: When you feel that the horse trusts you more and more and in the end you can canter to these big fences and it would jump blind for you to the other side. That’s just amazing.

Those are lessons that Smits also passes on in his family, where his two young sons have started their own riding careers.