Who do you call for help with last minute turkey preparations? 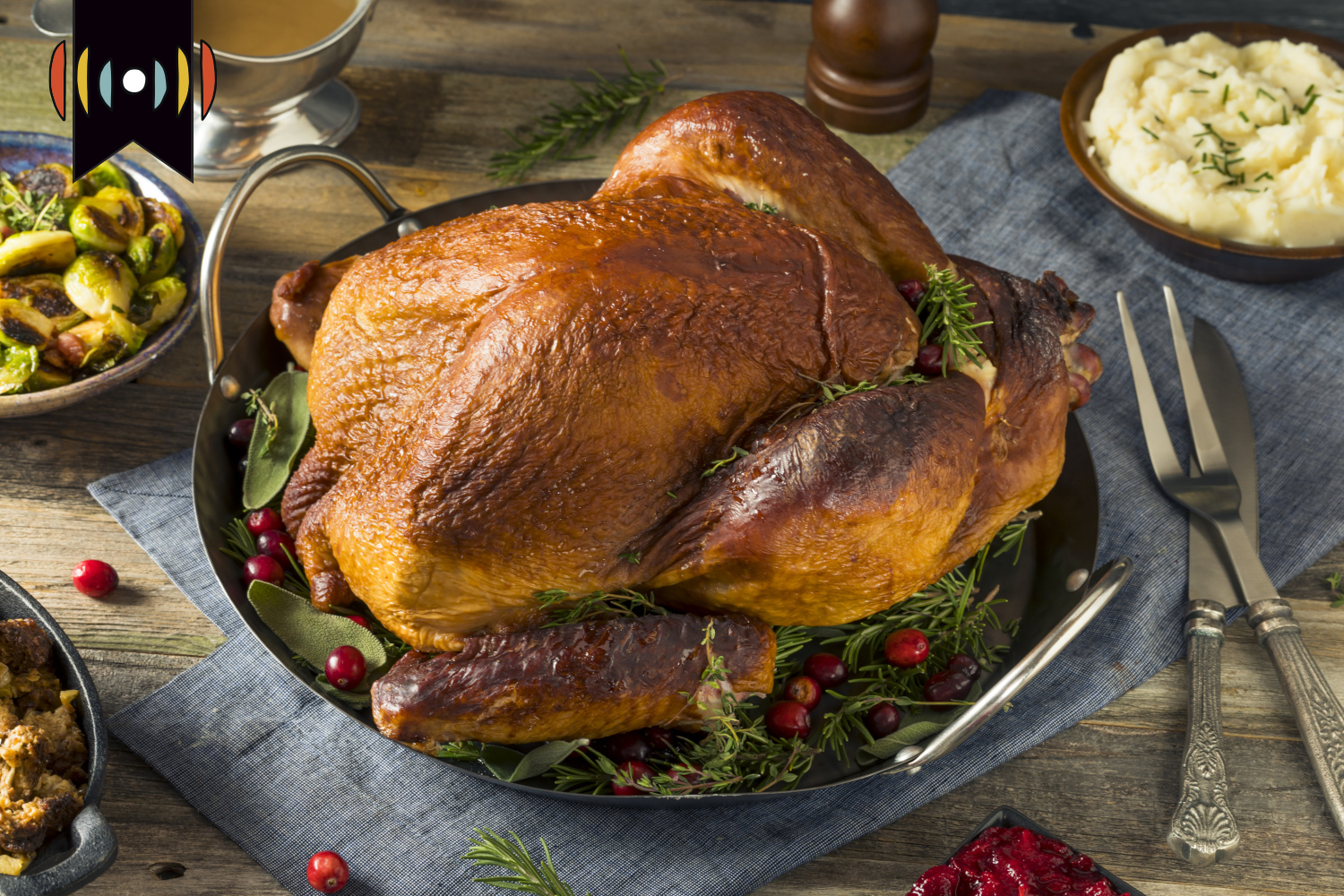 MYRNA BROWN, HOST: Coming up next on The World and Everything in It: talking turkey.

Today, millions of home cooks are preparing the traditional turkey Thanksgiving meal. If it’s your first time, or something unexpected pops up, turkey experts are standing by to talk you through it.

PAUL BUTLER, HOST: Bill Nolan is a supervisor at the Butterball Turkey Talk Line. He’s a chef, and loves to help people prepare memorable meals. He joins us now from Naperville, Illinois, with some last minute tips and reminders.

Good morning Bill—I know the talk line has been around for a while, but why don’t you start by telling us a little about the service…

BILL NOLAN: Sure, the Butterball Turkey Talk Line is something that has been in existence—we're in our 41st year. Started out with six home economists, and they were answering phones with a rolodex behind them and that was it. Today, we have about 50 experts in turkey. It can be a very stressful thing, the holidays, right? I mean, people are entertaining. So we're here to provide comfort to folks. We're here to lower the anxiety level. And they take calls, they take texts, they take emails, they take chats, we've changed with the times. People prefer texting, so we let them text us. We're open from November 1st to December 24th.

I wonder how many cell phones end up in turkeys or turkey water?

Well I know that you track all fo the questions that come into the call line. What’s the most common one?

I remember the very first Thanksgiving dinner that we hosted as a newly married couple. And we had the turkey, we had everything ready, but I was missing one thing. So I quickly ran to the grocery store. So this is Thursday, you know about 9am. And someone in front of me purchased a frozen turkey. If someone by this point hasn't thawed the turkey, is there any hope for them?

NOLAN: There is hope—actually a lot of people don't know this—you can actually cook a turkey from frozen. It takes about one and a half to two times as long. It's going to be a little drier than regular turkey. But you can do it, you know. And at this point, if it's nine o'clock in the morning, unless they want to eat later in the evening on Thursday, I would recommend they cook that turkey frozen. That would be the way to go and have fairly decent result and save the day.

How do you adjust the cooking conditions for frozen turkey? Anything different?

NOLAN: Don't raise the temperature. We always recommend an oven temperature for a turkey at 325 degrees, you just want to monitor it. So I wouldn't even think about opening the door to check it for at least three hours. And then you can look through the window, see if it's starting to brown but it's going to take some time.

And just to clarify Bill, if you’re preparing a frozen turkey, this is not the time to deep fat fry right?

NOLAN: Yeah, not a turkey to deep fat fry. Absolutely not. You know, it's a recipe for disaster, no pun intended. I mean, deep fat frying is dangerous enough as it is—it is a great way to cook a turkey. But there are a lot of precautions you need to take into consideration, even if it’s thawed.

Well I’ll tell you that the growing number of peanut oil pallets at my local Walmart demonstrate how popular this preparation technique has become. So what do we need to know about frying a turkey?

NOLAN: The most common thing people do with deep fat frying with the turkey is they overfill the pot with oil. If you think about it, the amount of liquid that is displaced when you put something heavy into it is substantial, you know, it really will raise the level in there. So people will fill too much oil into the pot, then they'll turn it and get it up to 350 or 400 degrees. And then lower this turkey in and, you know, pretty soon it's over the top. The second thing you need to do is always turn that burner off when you're lowering that Turkey in.

Well there are a lot of considerations when frying a turkey, and I think we can’t really get in to all of those here in a short segment, so let’s just encourage people reach out to the Butterball Turkey Talk Line—representatives are standing by to answer those questions if you have them. But Bill, let’s turn our conversation here for just a moment, you’ve been at this a long time, what’s the most memorable call you’ve taken at the Butterball Talk Line?

NOLAN: The most memorable to me was—I think it was my second year and I was on the phones—it was a Wednesday night before Thanksgiving and a gentleman called up. And he needed to know how to cook a turkey from start to finish. He had never done it before. I could tell he was an older gentleman. And we got to talking and he proceeds to tell me that his wife had passed away in the past year. And she had always done Thanksgiving and he wanted to make Thanksgiving for his family to show that he could do it in memory of her. You know, I mean, it was a tear jerker, right. And I was like, I’ll help you. I wanted to go over and cook it for him, but I talked him through it, and it just a neat thing, you know, to be able to help somebody like that. It was a touching call, I thought.

So why is this important to you? I mean, a well prepared turkey is one thing, but it seems to me like there’s something more that drives you to do this.

NOLAN: I've been a chef for about 25 years, but the reason I went to culinary school when I did was because I did a lot of cooking on my own and people really enjoyed my food. And I was in my 20s at the time, and I thought this is really cool that you could make something for somebody that will help sustain them, and it's doing something for the ones you love. And so to me, that's why I got into instructional culinary arts because I want to teach people to be able to do that for themselves and learn how to cook. And there's a great deal of satisfaction you get from it. We have 50-53 people on staff of our experts that I don't know anybody here that complains about working on Thanksgiving Day. In fact, we look forward to it. You know, it's a little bit of an adrenaline rush. You know, we're really getting busy, and gives you a little goose bumps. It's fun. And we're helping people and to me, that's what it's all about.

So if you’ve got a turkey question today, 50 experts like Bill are standing by, ready to help. You can call them at 1-800-BUTTERBALL, or visit them online and chat with a turkey expert. Also this year, Bill, I understand that you have another way that people can get help if they have a smart speaker:

NOLAN: So if you have Alexa at home, all you have to do is enable the Butterball skill. And you can say, Alexa ask Butterball…so that's great if you have one of those in your kitchen and you don't have to worry about dropping that phone into the turkey right?

I appreciate your time so much today, and thank you again for all your help for people.

NOLAN: My pleasure. Thanks for having me on. I enjoyed it.