In this Oct. 24, 2017, file photo, Chinese President Xi Jinping raises his hand to show approval of a work report during the closing ceremony for the 19th Party Congress at the Great Hall of the People in Beijing, China. Ng Han Guan/Associated Press Photo 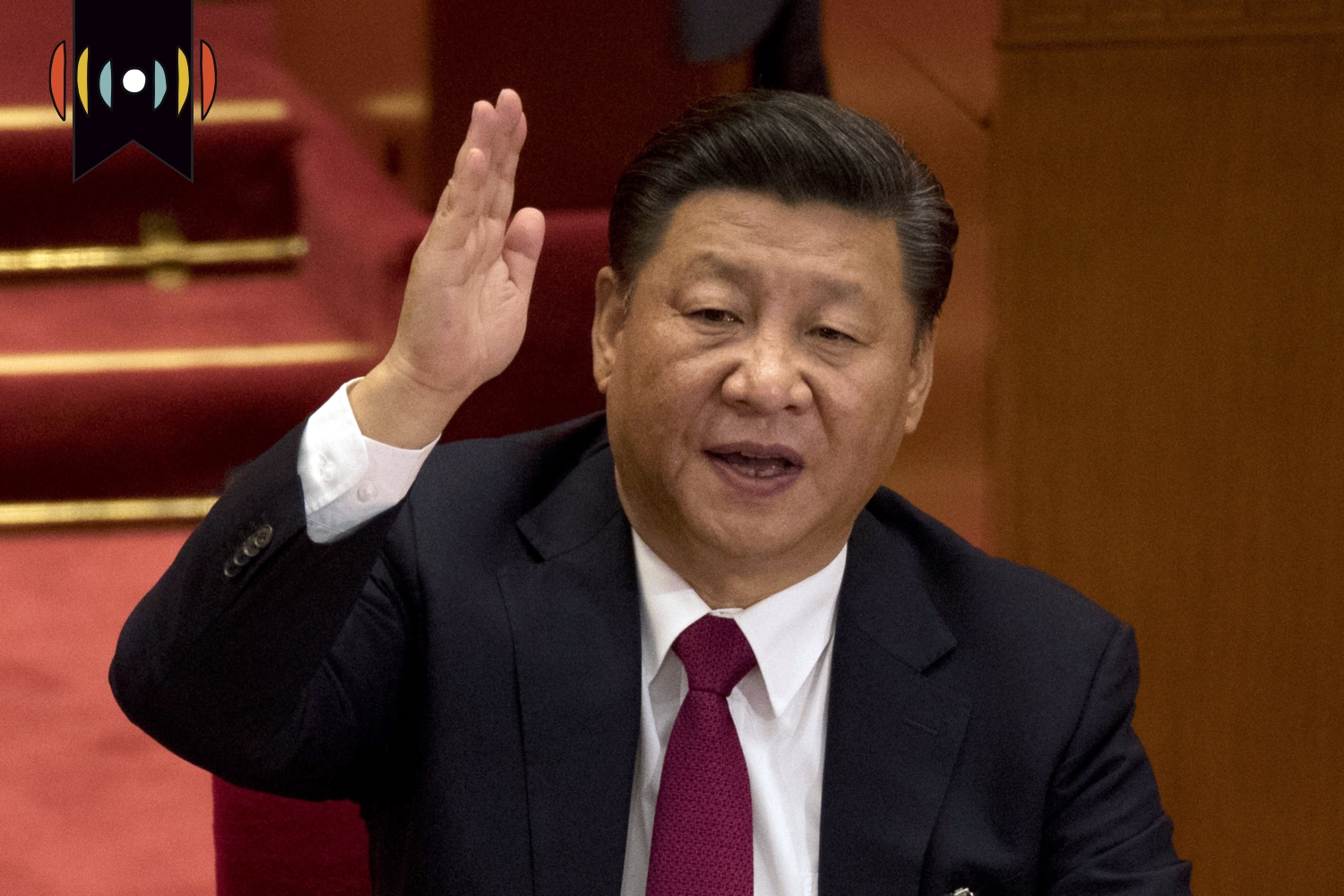 First up: the Chinese threat to Taiwan.

Last year, China removed many rights from Hong Kong. The city had been a territory somewhat independent from the mainland. For example, its judicial system operated separately from that of China’s.

China’s aggressive moves against Hong Kong are not lost on Taiwan. China claims Taiwan is its rightful territory, and China’s been throwing its weight around in Taiwan’s backyard. The Chinese military has been sending more and more war planes into Taiwan’s Air Defense Identification Zone.

It’s all an apparent effort to intimidate and send the message that China could seize control of Taiwan if and when it chooses to do so.

REICHARD: But what exactly is Beijing’s motivation in ramping up the intimidation tactics right now? And will China attempt to seize Taiwan anytime soon?

Here to help us answer those questions and others is Dean Cheng. He studies Chinese political and security affairs at The Heritage Foundation. Dean, good morning!

REICHARD: Well, as we know, Hong Kong was until recently a semi-independent territory of China. Before that, it was a British colony and was never in any way sovereign.

Now, Taiwan is a little bit different. It has its own military, for example. Could you explain the ownership claims of China and Taiwan, respectively?

CHENG: So, Taiwan physically is about 100 miles off the shores of China. It was taken away from Chinese control after the first Sino-Japanese war in 1895 and became a Japanese colony. At the end of World War II, it reverted back to the control of the Kuomintang, the Chinese nationalists. When the Nationals lost the civil war with the Communists, they fled to Taiwan. So up until, say, the 1990s, they basically thought of themselves—both sides of the strait—thought themselves as one China, the question was just who was in charge. Beginning in the 1990s, however, you started seeing a growing movement on the island, towards independence. The sense was, look, whatever happens on the mainland is the mainland’s business. We want to be our own political entity. And that is basically something that the leadership in Beijing cannot abide by because, to their mind, losing Taiwan to independence would be a sign of their failure, their inability to hold the country together.

REICHARD: And, just very briefly, Dean, what is the U.S. relationship with Taiwan? We sell them arms, but do we consider them to be a sovereign state?

CHENG: Like the Facebook line goes, it's complicated. We do not diplomatically recognize Taiwan. We switched recognitions in 1979, so that we recognize the People's Republic of China with its capital in Beijing, as the government of China. However, we also have the Taiwan Relations Act, a U.S. law—not a treaty—which says that we will provide Taiwan with the means to defend itself, and that we want to see a peaceful resolution from the two sides of the Taiwan straits. And that is why there is this big question, what is sometimes termed strategic ambiguity. Would the United States come to the aid of Taiwan if China invaded?

REICHARD: You say that Chinese leader Xi Jinping has many reasons to step up intimidation of Taiwan. Let’s just take them one at a time. The first reason is to send a message to Taiwan. What’s that message?

CHENG: The message to Taiwan is: “Don't even think about declaring independence” and, for that matter, “Come out publicly and say that you will never declare independence.” Now for tying one the Taiwan president. That's a non-starter because her political party, and her electoral success is predicated on the argument that, well, the future isn't quite clear, but the idea of renouncing independence would essentially wipe out her whole reason for political existence.

REICHARD: Okay, you say Xi Jinping has his own very personal reasons for doing this. What are those?

REICHARD: So ultimately, Dean, is this just saber-rattling, more bark than bite? Or is there a legitimate possibility of China seizing control of Taiwan by force in the near future?

CHENG: The Chinese leadership has always said that it reserves the right to use force in order to bring Taiwan back into the fold. It has passed a variety of laws and made a variety of declarations that basically said that if not enough progress is seen towards reunification, that they will act. So we cannot assume that this is just saber rattling. And between China's recent hypersonic tests, the activities in the South China Sea, the military modernization, the discovery of hundreds of ICBMs in western China, this is a nation whose military is not just modernizing but now actively expanding. And the primary purpose of the PLA—the People's Liberation Army—is to reunify the motherland.

REICHARD: And what is the United States likely to do about all this, if anything?

CHENG: That's a great question. As I said earlier, the whole policy of strategic ambiguity is to leave doubt in Beijing's mind about what might the United States do without guaranteeing a commitment because one of the things that we also are trying to do is to make sure that Taiwan doesn't declare independence. The general U.S. belief is that we probably would intervene. But with cuts in the defense budget coming, with a failure on the part of the Defense Department to prioritize China as its main concern—apparently climate change is much more important to defense secretary Austin than China—it's not clear how well we are going to be able to deter the Chinese.

REICHARD: Dean Cheng with the Heritage Foundation has been our guest. Dean, thanks so much!