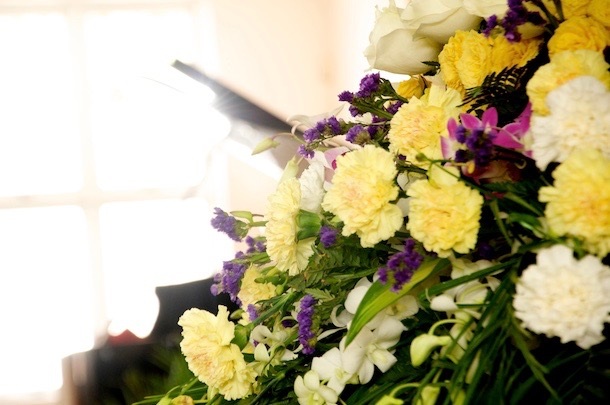 MARY REICHARD, HOST: Coming up next on The World and Everything in It: Christian companies and grieving employees.

American businesses want to attract and keep employees, particularly with the labor market so tight. In addition to offering financial benefits like retirement funds and healthcare coverage—employers now think about employees’ holistic wellbeing. One recent business survey found that offering a wellbeing program is a top priority for most businesses.

MEGAN BASHAM, HOST: And that includes supporting an employee’s emotional wellbeing, especially after the death of a loved one. Christian organizations are also creating bereavement-leave policies, but with a difference: offering spiritual support.

SARAH SCHWEINSBERG, REPORTER: Across the board, more companies of all kinds are offering paid bereavement leave. According to the Society for Human Resource Management’s 2019 survey, 89 percent of employers now have a paid funeral-leave policy. That’s 10 percent more than three years ago.

Some big companies have also adopted generous leave time. In 2017, Facebook doubled its bereavement time to up to four weeks. Others like Airbnb and Mastercard upped theirs to 20 days.

But that’s still not the norm.

Mark Griffin is the founder and president of In HIS Name HR. It’s a Christian human resources consulting firm that’s worked with Christian nonprofits and Christian-owned businesses in industries like manufacturing, trucking, construction, and retail.

Griffin says most companies haven’t drastically increased bereavement leave. But he sees a growing number of Christian organizations doing what they can to work with employees on a case-by-case basis.

GRIFFIN: We’ve seen people that didn’t know Jesus come to know the Lord because of that chaplain relationship.

Cindy Beresh-Bryant heads HR Solutions By Design, a firm that consults with both Christian-owned and secular companies. She sees similar trends in Christian-run organizations.

BERESH-BRYANT: In today’s world, it’s pretty popular to talk about self care, and in our Christian companies, we talk about soul care.

Sioux Falls Christian School in Sioux Falls, South Dakota, has always offered funeral-leave. But Superintendent Jay Woudstra says the K through 12 school started to rethink its bereavement leave policies seven years ago. That year, the school lost two students and their parents in a car accident.

Today, the school still has a pretty standard policy on the books. If an immediate family member dies, the school gives employees three days off. For an extended family member or friend, a day. But Woudstra says, since that accident, the school has made those policies flexible.

WOUDSTRA: A parent dies and that parent might’ve been out of state. So you have to travel to be with the family, then you’re the executor. So there’s a lot of paperwork and a lot of things that have to happen immediately. And, in that case, three days is probably not gonna be enough time. So we work with that as well.

And Woudstra says the school also now connects staff with mental health professionals or Christian counselors. And if an employee struggles on a particular day, the school does its best to help.

WOUDSTRA: If we need to get a sub in for a teacher or if we need to cover for that person, if they’ve got ongoing things, we will do that.

Some Christian organizations are also taking steps to incorporate spiritual care into the regular work week. One reason: when employees lose a family member, they’re already comfortable looking for spiritual support at work.

VAN VOORST: It’s really created a family environment where I think they feel supported and truly feel like we are a family.

Van Voorst says creating that family environment makes the office a place some grieving employees want to be.

Cindy Beresh-Bryant says sometimes providing flexible bereavement leave can put companies in a financial or personnel pinch. Finding the balance between caring for an employee and maintaining profitability can be tricky. But it’s a problem worth wrestling with.

BERESH-BRYANT: We’re asking ourselves have we treated our employees the way we would want to be treated and have we done the right thing?