A mundane chore reveals the beautiful patina of memories 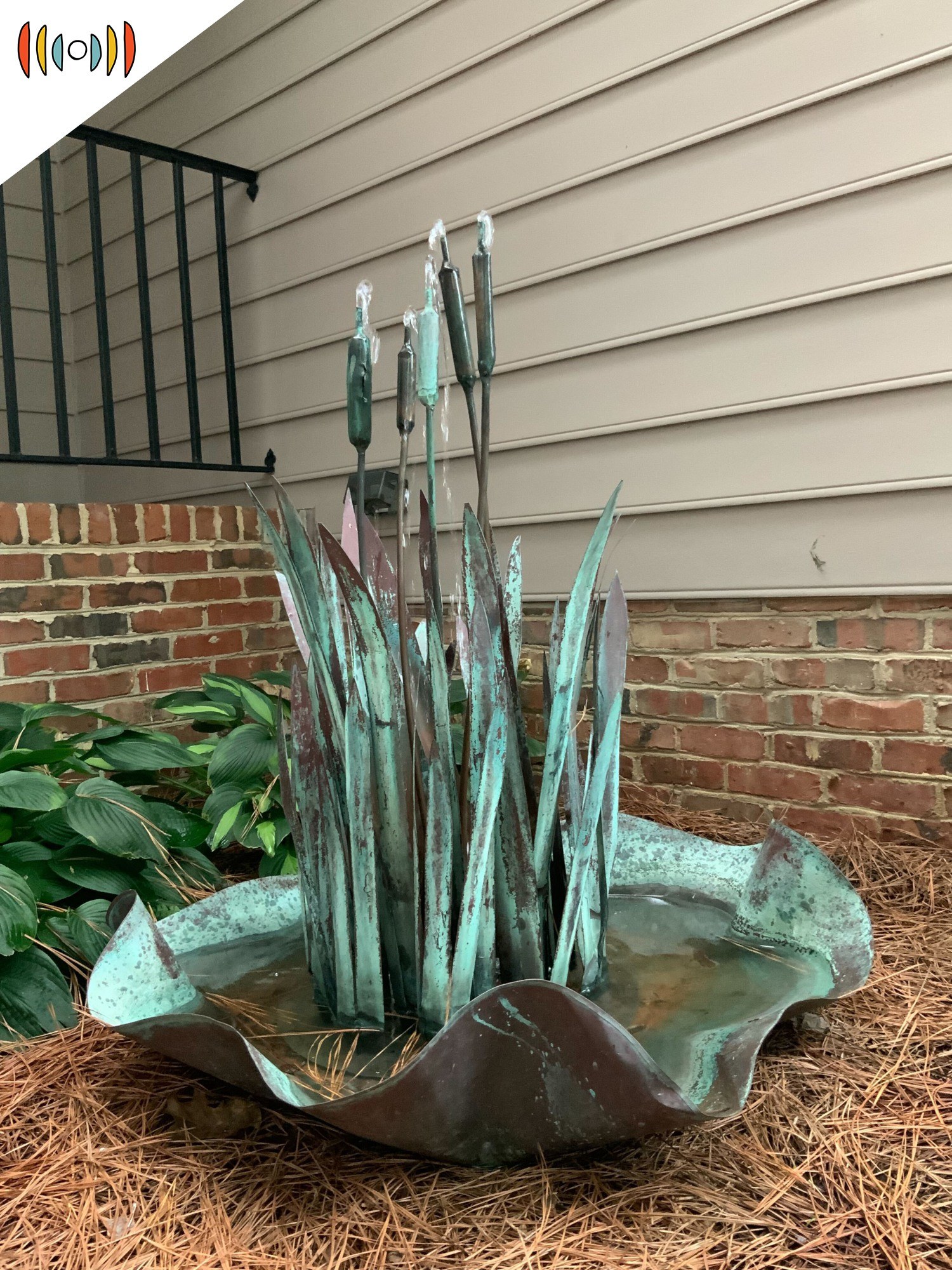 MYRNA BROWN, HOST: Today is Tuesday, October 12th. Good morning! This is The World and Everything in It from listener-supported WORLD Radio. I’m Myrna Brown.

Commentator Steve West now on how a weekend chore can stir up love and fond memories.

AUDIO: [Water gurgling] Hey, you want to help me clean my copper fountain?
Sure, why not.

STEVE WEST, COMMENTATOR: I love cleaning the fountain, I told my wife, which if not precisely true, is not false. I do it for her.

The fountain has three copper pieces: a bowl that’s circular yet fashioned in waves; a centerpiece of four cattails surrounded by leafy fronds; and a motor covered by a hand-sized cup. Oxidation has blued the copper, giving color. Water presses upward and drops to the pool below, a bit of spare music for the afternoon.

She is directing me, and I am trying to keep my mind on what I am doing, which is no small thing, as the sound of the water is dream-inducing. First, she says, you lift the centerpiece with cattails and fronds directly up out of the water, taking care to lift by two fronds so as not to bend the piece. And stay upright, she cautions, and take care, as one of the fronds might put your eye out. I lift it, eyes averted from its nakedness, and place it flatly on the walk, lifeless and inanimate.

She hands me a brush. She demonstrates how to brush the sides and bottom of the bowl carefully, removing the slime. I take over. She sits on the steps at our door, coaching. I like the rhythm of the brushing, the ease of the cleaning, the new clarity of the copper beneath. But then my mind wanders, as it is wont to, while she watches.

In my mind, we are wandering the dusty streets of Tubac, in southern Arizona, walking by the many artisans, just above the often-dry Santa Cruz River. The fountain was born in Tubac, fashioned by a metalworker named Lee Blackwell, we later recall, the copper mined in the mountains nearby. Sometimes, rather than shop the artisans, I give her space to shop at ease, without the company of my impatience, and I walk the nearly six miles of the Juan Bautista de Anza National Historic Trail, which is a mighty name for a dirt walk beside a river that mostly hides beneath the desert.

When you finish that, she says, we’ll rinse it. I finished. I rinsed.

I walk the trail from Tubac, just below the Presidio, the site of the original Spanish garrison, winding through the cottonwoods, willows, and mesquite, watching for rattlesnakes that love the heat of the day. Once, she came too. I took her hand and helped her over downed trees and between the slats of a fence. Sometimes, I just took her hand.

Once we rinsed the bowl, we moved to the centerpiece, pulling pine straw and debris from its innards, taking care, of course, for our eyes.

She cleaned the motor. She is nothing if not thorough. She instructed. I listened and nodded, imagining the calls of the birds along the Santa Cruz, the crunch of the compacted desert sand underfoot, the solitude of the walk. I cross the river, which trickles in the Spring, and make my way to the mission at Tumacacori where the Holy stills ghosts its ruins, where she will drive and pick me up.

AUDIO: [Sounds of the fountain]

Now we fill it, she says, and we sit down side by side on the few steps that lead to our door. We are quiet. I feed the hose around the handrails of our steps, and we listen to its filling, so full together.