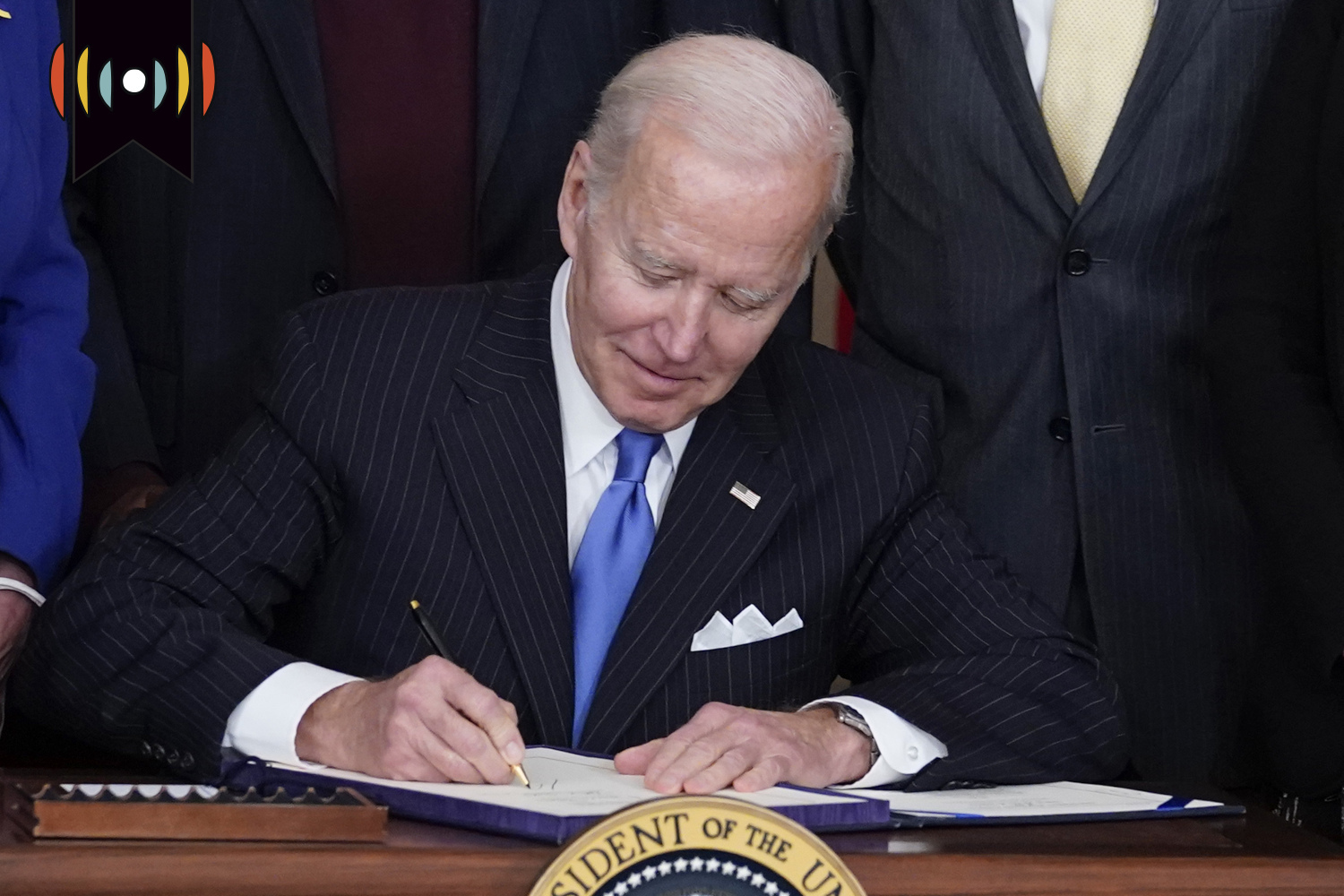 JOSH SCHUMACHER, REPORTER: During a signing ceremony at the White House, President Biden touted the Postal Service Reform Act as a much-needed financial lifeline for the national mail service.

BIDEN: With this bill, we’re repealing the pre-funding mandate, and setting the postal service on a more sustainable and stable financial footing…

The “pre-funding mandate” required the Postal Service to pay for retiree health benefits 75 years in advance. That meant the Postal Service could never manage to cover all its costs. Repealing that mandate relieves a large share of the agency’s financial burdens, and has long been a goal of Postal Service reformers.

But another measure they’ve long advocated did not get included in the bill: changing delivery requirements. Postal carriers must still make their rounds six days a week, rain or shine. And critics say that means this reform effort may very well fail on its promise to deliver financial viability. Even worse, it may create more problems in the long run.

Kevin Kosar is a senior fellow at the American Enterprise Institute, and an expert on the Postal Service.

KOSAR: Well, in light of the fact that paper mail volume has declined more than 40 percent over the last 15 years, one thing we might consider doing is delivering mail less than six days per week. That's a proposal that's been around for a very long time. And perhaps it had some potential to cut costs. That wasn't done.

Kosar says the legislation also leaves the Postal Service without a distinct role to play in the 21st century.

KOSAR: We're just not a paper mail based society any more. Nor are we going to be one in the future. Paper mail is going to continue to atrophy. Meanwhile, we've got this massive rise in online shopping…

And that has forced the Postal Service to start delivering a lot more packages—something its delivery system isn’t really designed for. Meanwhile, there are many other package-delivery services already in the marketplace.

KOSAR: And so, you know, it's an agency that doesn't have a clear definition for what it should be devoted to, nor does it have a clear plan for how we're supposed to pay for it. And Congress, unfortunately, has been very hesitant to address the existential question of what should we do with the postal service in the 21st century?

Robert Moffit is a senior fellow at the Heritage Foundation. He says the financial savings measures in the bill don’t really save money. They just move the costs elsewhere.

The Postal Service ended 2020 almost $200 billion dollars in debt. About $75 billion of it came from retiree health care benefits.

But those costs still have to be paid for somehow.

MOFFIT: The Medicare program is already in serious trouble. In less than four years, the Medicare Trust Fund, the part of the program that pays for hospital benefits for 63 million seniors is going to face insolvency, which means it's not going to be able to pay for all those benefits.

Moffit says that by about 2026, unless Congress does something about it, Medicare beneficiaries are going to be faced with a 9 percent cut in benefits. And those benefit cuts will just get deeper and deeper and deeper after that.

Adding a big group of payees to that pot is only going to accelerate the problem.

TAYLOR: Mr. President, the Postal Service is an essential facilitator of our democracy and our economy. We know there is more to do to secure long-term viability, but today is a huge step forward.

In a statement, the Postal Service said moving employee healthcare costs to Medicare will help it remain self-funded and keep its balance sheets in the black. And it called the reform bill a key step in completing its Ten Year Strategic Plan to provide excellent service to Americans while achieving financial sustainability.

Kevin Kosar says despite the new challenges on the horizon, consumers can still rely on their local Post Offices, at least for now.

KOSAR: The Postal Service is not going to disappear anytime soon, they can assume that it's going to be there, and that it can be depended upon.