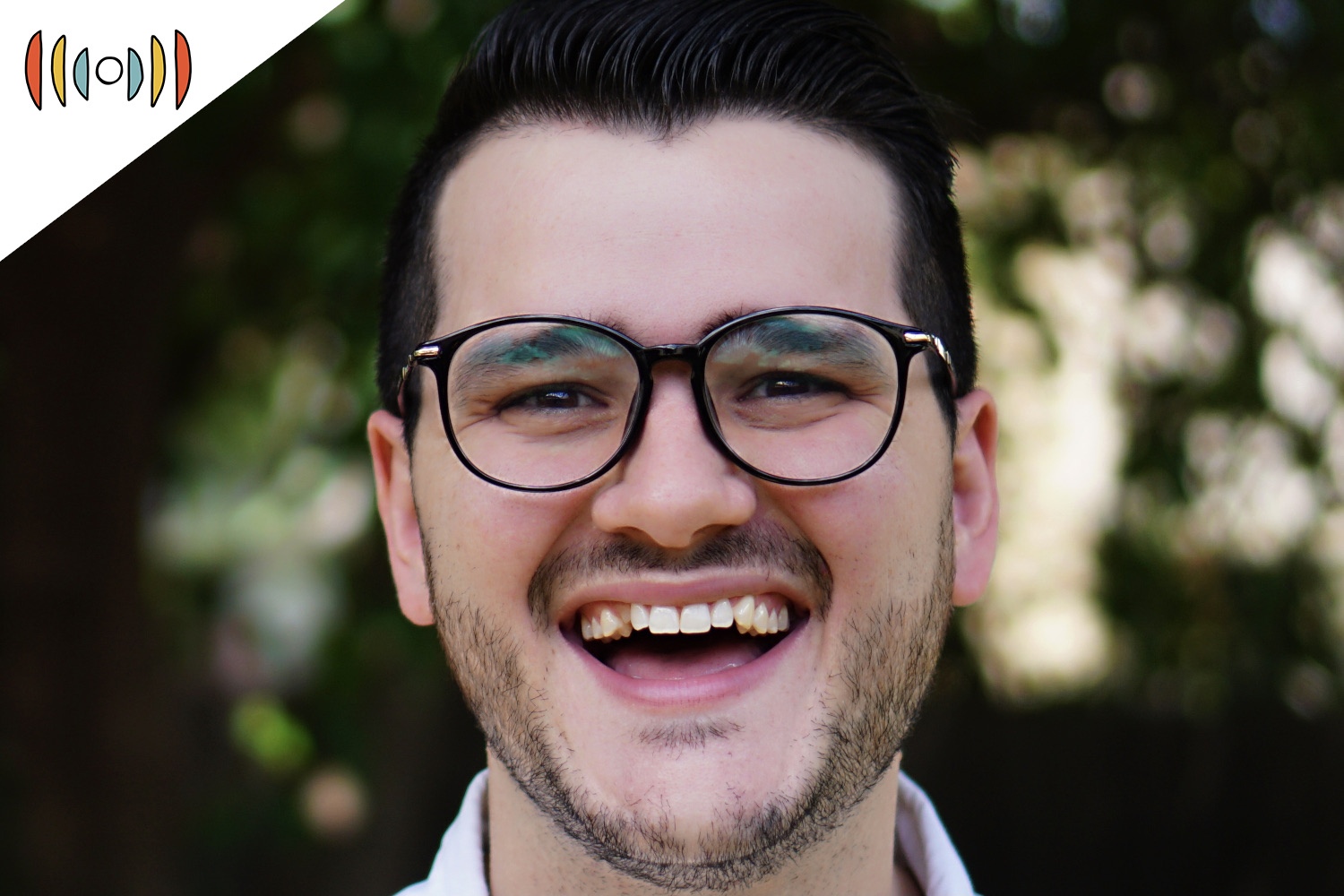 MYRNA BROWN, HOST: Today is Friday, July 16th. Good morning! This is The World and Everything in It from listener-supported WORLD Radio. I’m Myrna Brown.

This is usually the time on the program when we hear the backstories about the music of some of your favorite Christian singers and songwriters. Well, Myrna this morning you have the story of a Christian artist who’s using his voice to make another kind of joyful noise. Tell us about that.

BROWN: All right but you have to go back with me in time

MYRNA BROWN, REPORTER: Imagine the year 2014. On a dark, purple-hued stage in Houston, Texas, members of a seven-piece church band led a packed auditorium in worship. In the middle of the song, a tall, lanky, young man, wearing a skull cap, cardigan and jeans walked across the stage and paused.

DAVID BOWDEN PERFORMING SPOKEN WORD: Before the fluorescent formations ever fermented the foundations of the firmament. That is before the stars in the sky, ever entered existence….

David Bowden had come a long way since junior-high English.

DAVID BOWDEN: In fact, the only poem I had ever written in my life was in 7th grade in my English class and I snarkley called my poem, I Cannot Write A Poem. And my mom smartly kept that and it’s now hanging in my office.

The son of a youth pastor, Bowden grew up in Oklahoma City, Oklahoma. He went to a Christian college and studied Bible and Biblical languages.

DAVID BOWDEN: We would meet with our professor over lunch and translate Greek New Testament text over lunch because we were nerds like that.

But a spontaneous trip to Chicago put this scholar on a different path.

DAVID BOWDEN: Skipped classes on Friday to go and see a band play at the House of Blues in Chicago and opening up for that band was a group from New York...

Four poets began performing what was then a growing genre of artistic expression: Spoken Word, an electric, rhythmic, and passionate form of poetry.

DAVID BOWDEN: And it just grabbed me and I just felt a resonance in myself. And I was like, I must do this.

BOWDEN AMBI: It was a box pressed…

Bowden says he wrote his first Spoken Word piece on the 16-hour drive back to Oklahoma. From there, he began performing weekly at a local bar’s Spoken Word open mic competition.

DAVID BOWDEN: I would write, starting Thursday. I would start writing a new poem. On Monday a buddy and I would get together at 10 pm and edit each other’s poems and just tear them to ribbons. We would re-edit on Tuesday, memorize on Wednesday and perform that night.

He followed that routine for more than a year, learning to craft a story and engage with different audiences.

DAVID BOWDEN: Cutting my teeth there at that bar helped me to learn to talk about my faith and talk about things of the Bible, not relying on Christianese to do it.

But Bowden says he never considered the bar scene a mission field.

DAVID BOWDEN: I was there to learn. I was a student and I wanted to respect the people there. And I definitely felt like I was at the bottom of the totem pole, so I didn’t want to ruffle any feathers by trying to proselytize from the open mic. So no, I don’t think I saw that as an evangelistic field.

Today, the 33-year-old husband and father of two has a different perspective.

DAVID BOWDEN: I want to show everyone I can, through video and poetry, how the whole Bible is about Jesus. That’s where Spoken Gospel came from. I want to speak the gospel out of every corner of scripture.

In 2019 Bowden took his love for Spoken Word and created Spoken Gospel. He began producing Spoken Gospel videos that illustrate the main theme of each book of the Bible. The music-driven short films, nearly 30 so far, include Bowden’s narration, guiding a cast of culturally-diverse actors.

DAVID BOWDEN: Our Jesus is actually a guy whose family is from India, but he grew up in the Middle East. He doesn’t look like the Anglo-Saxon Jesus. We’ll have mixed-race couples playing Sarah and Abraham or Adam and Eve. Sometimes it ruffles some feathers for some reason, but we just don’t care. We just think people should get over it.

Bowden plans to produce videos introducing every book of the Bible. His Spoken Gospel also includes a series of devotionals. He’s written about four hundred fifty so far. And he co-hosts a Spoken Gospel podcast.

DAVE BOWDEN: In math, your teacher never just lets you write... the answer is 22. You have to show how you get there. And so the podcast is showing how we get there.

Bowden’s Spoken Gospel projects look imaginatively at the events and teachings of the scriptures. That approach could lead to questions about the inerrancy, infallibility, and inspiration of the Bible.

BOWDEN: I mean I would agree that the Bible is inerrant and infallible and inspired, and that we should not add anything to it. There’s something that’s called the perspicuity of scripture, which just means the scripture can speak for itself. However, there are so many obstacles to understanding the Bible. It’s from a different culture, it’s a different language so you’re reading a translation. There’s also a spiritual barrier…I believe 2nd Corinthians 3 and 4 talk about this that the opponent, Satan actually is actively seeking to blind us to what the Bible means. So we need a lot of help to read the Bible actually.

All of Bowden’s Spoken Gospel resources are free. That's how he says he plans to continue teaching his generation and others to hunger and thirst for God's Word.

DAVID BOWDEN: But my A goal is right then and there on the spot that they love Jesus more than they did a second before.

AMBI: What is the point of life. What do we gain from all of our work, toil and strife. Ecclesiastes introduces us to a wise man who sought to give these questions a reply….