Something to sing about?

WORLD Radio - Something to sing about? 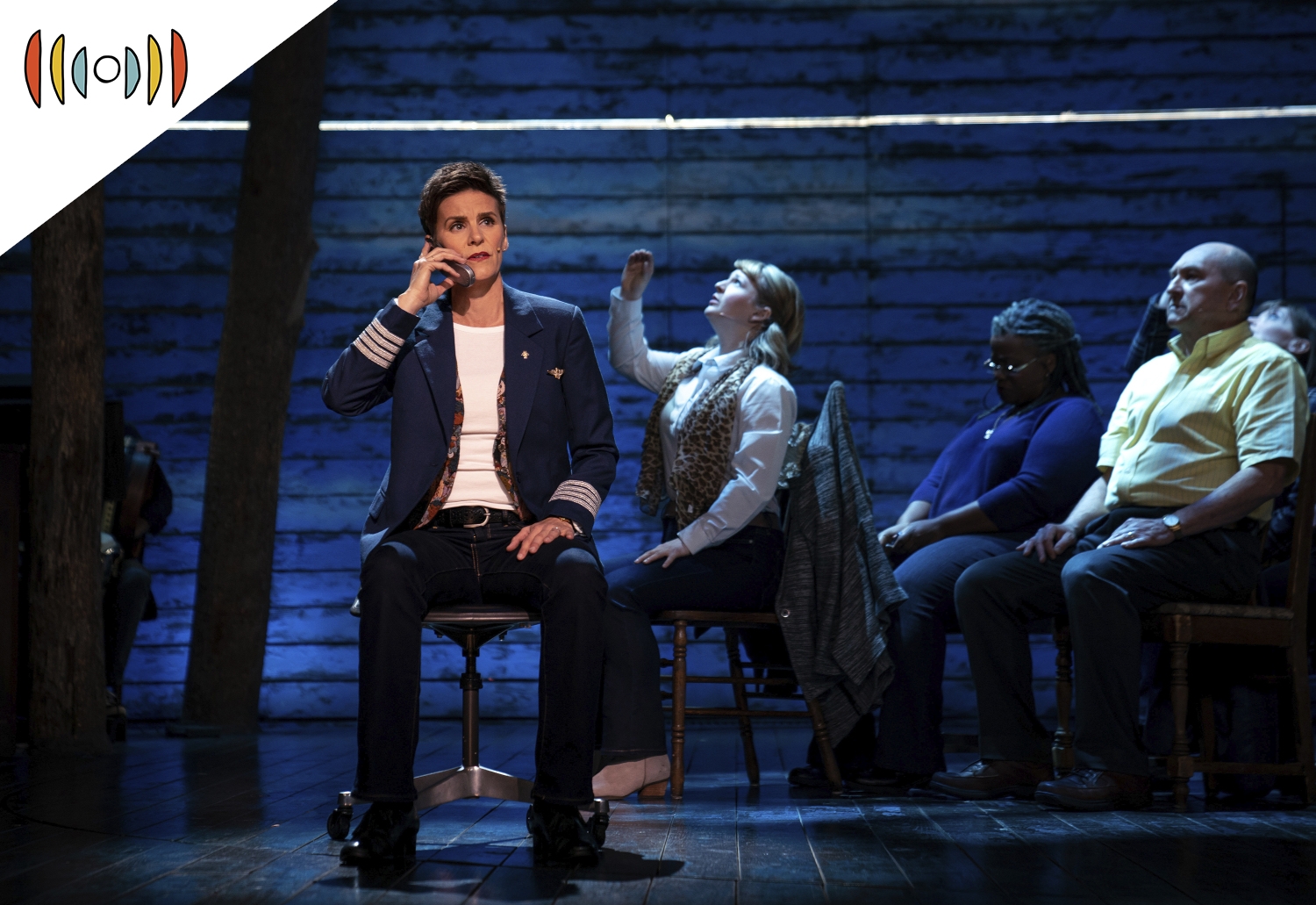 PAUL BUTLER, HOST: Today is Friday, September 10th. Thank you for turning to WORLD Radio to help start your day.

NICK EICHER, HOST: And I’m Nick Eicher. Coming next on The World and Everything in It: 9/11 on stage.

The events of that tragic day seem like an odd subject for musical theater. But reviewer Sharon Dierberger says the juxtaposition of sorrow and singing isn’t as jarring as you might expect.

SHARON DIERBERGER, REVIEWER: Many of us can picture exactly where we were when we learned two planes had crashed into New York City’s World Trade Center. Those terrible moments caused horror and sorrow worldwide. But in the town of Gander, Newfoundland, they also prompted acts of kindness. The entire community opened hearts and homes to stranded air travelers for five days following the attack.

In 2017, a musical about those five days opened on Broadway.

NARRATOR: “On the northeast tip of North America on an island called Newfoundland, there’s an airport. It used to be one of the biggest airports in the world. And next to it, is the town called Gander.”

Come From Away was nominated for seven Tony Awards the same year, winning Best Direction of a Musical. And today, Apple TV releases the filmed version on its streaming platform.

Come From Away tells the remarkable true story of how a town of 10,000 welcomed 38 diverted planes carrying nearly 7,000 passengers and crew.

FLIGHT ATTENDANT: “Ladies and Gentleman, please fasten your seatbelts. Looks like we’ll be making an unexpected landing in Gander, Newfoundland."

Gander’s airport lies between Europe and the United States, so for years it’s served as an emergency landing location. And on September 11th, 2001, it became part of Canada’s Operation Yellow Ribbon.

AUDIO: "Anyone in the business knows when you sit down in Gander, it’s for an emergency. Now, we don’t know what’s going on, but the captain tells us to keep everyone from panicking.”

It is pretty bizarre to imagine singing this story. But as the show’s many accolades attest, the format actually works. The fast-paced tale is chock-full of mostly endearing characters who bend over backward to help—especially when they realize the full impact of the terror attack. And thankfully, the lyrics are clear—the audience can easily understand the purposefully strong Canadian accents and phrases like “come from aways.” That’s what Newfies call anyone not from the island, or from the Rock, as they like to say.

Stage scenes change rapidly, drawing the audience into the frenzy of those days. We feel the stress of passengers, some of whom sat in planes on a runway for 28 hours still unsure of what happened on American soil. We enjoy the quick-thinking solutions of town residents as they open their homes, churches, gyms, and hotel rooms to shelter passengers. We see them generously empty grocery shelves, donate diapers, medicine, clothes, toiletries, food—lots of casseroles—and pitch in however they can. Here’s the new local reporter making announcements:

NEWS REPORTER: “The Baptist church needs a hand moving their pews. Dr. O’Brian down at the pharmacy is ready to fill any prescriptions. Oh, and the Lions Club is looking for some toilet paper—if ya have any extra.” Singers: “Medicine, toothpaste, underwear, aspirin, jackets our kids grew out of last summer.” Reporter: “ I’m down at the station. We’re takin donations out by the door….”

We get caught up in the personal stories, too—like Hannah who’s longing to hear from her fire-fighter son in New York City. And the nervous foreigners who speak no English but understand when a Newfie opens a Bible and points to Philippians 4:6, “Be anxious for nothing.” We wonder if a relationship will blossom between the London executive and the Texas woman seated next to each other on one of the planes.

And it feels good to see the man who was worried a stranger would steal his wallet in Gander, learn to trust. When his dad asks whether he’s OK, the man thinks aloud, “How do I tell him I wasn’t just OK, I was better.”

We also hear the perspective of American Airlines’ first female commercial pilot. She landed her Boeing 777 at Gander and knew one of the pilots who died that day.

FEMALE PILOT: “Charles Burlingame was the captain of Flight 77 that crashed into the Pentagon. I just saw him at a pub in London. You can’t imagine. A pilot will fight to the ends of the earth to save his airplane. He just will…”

The story does have some drawbacks. One subplot follows a gay couple and the way the town affirms their lifestyle. The film is rated TV-14 and includes occasional profanity.

It’s a shame because Come From Away can help us remember both the horror and grace of that awful day. It’s emotional watching stranded passengers try to reach loved ones to assure and be reassured. It’s hard to hear suspicions over whether any passengers disembarking in Gander might be security risks. And ever-looming are the senseless deaths of almost 3,000 Americans.

But Come From Away ultimately reminds us that even the darkest days can provide reasons to sing.