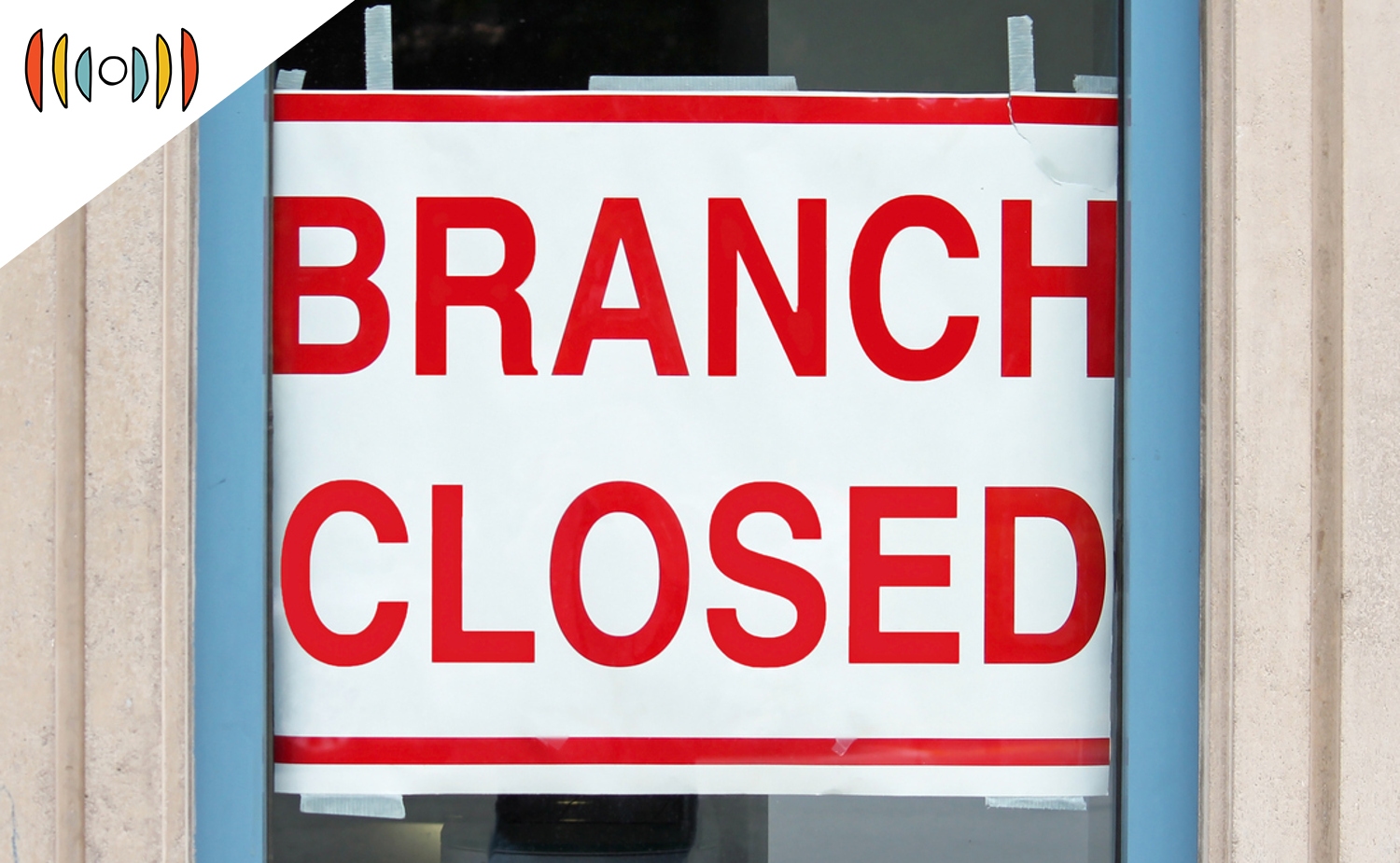 You’re listening to The World and Everything in It. Good morning, I’m Mary Reichard.

First up: banks closing down.

A recent report says more than 4,400 bank branches have closed in the United States in just the last four years. That’s a 5 percent decline.

REICHARD: Brick and mortar branches down 14 percent since 2008. Some analysts worry the decline limits access to financial services. But is that the case? WORLD’s Sarah Schweinsberg reports.

SARAH SCHWEINSBERG, REPORTER: Carol Germaine lives in the tiny town of Duncan, Arizona, right on the border with New Mexico.

GERMAINE: At the last census, it was around 700.

She and her husband run a gun and gift shop that’s been in business for three decades.

GERMAINE: Guns and the jewelry and the collectible things.

Six years ago, the only bank in town closed. Local businesses, farmers, and ranchers depended on the bank for loans and checking and savings accounts. Carol Germaine went to the branch a couple times a week to deposit cash and get more change for the til.

Now, the nearest bank branch is 40 miles up the road.

GERMAINE: I go to that town, oh, every couple of weeks if I need to.

Germaine says online banking helps her take care of most of her banking needs. But not having a physical location in town does have downsides.

It’s not easy to get change. It’s more difficult to work with bankers who aren’t directly a part of the community. The town looks less attractive to potential business investors. And Germaine says getting access to information can be more challenging.

GERMAINE: Even in this COVID time, just to get the PPP loans and all that kind of stuff, you know. Without having a small town bank here to help you work through it, the paperwork became horrendous.

Duncan, Arizona, is what analysts call a “bank desert.” In rural America, that’s any town that doesn’t have a bank within 10 miles. In a city, a bank desert is a neighborhood without a bank within two miles.

Francisco Covas is a researcher at the Bank Policy Institute.

COVAS: Back in 2017, we found that 6 percent of the popular U.S. population was living in a banking desert. That number is now 7 percent.

Rural areas have been the hardest hit with 12 percent of people living in a bank desert.

Michael Pagano is a finance professor at Villanova University. He says brick and mortar banks are falling to the same online forces as retailers.

PAGANO: A branch, it's almost like a retail store. So we've seen retail, particularly department stores really have a tough time of the last decade or so. So a consumer has better options now in the sense of phone based apps, and obviously, online banking through P.C.s.

PAGANO: It's about somewhere, depending on the institution, 10 times cheaper to do a transaction through an app or through a PC based transaction, as opposed to going into the branch.

But some researchers are concerned that banks are disproportionately closing branches in poor, urban neighborhoods.

Of the nearly 45-hundred bank branches closed in the last four years, the National Community Reinvestment Coalition says about a quarter were in low- to middle-income neighborhoods.

But Francisco Covas at the Bank Policy Institute says just because those neighborhoods are losing more banks doesn’t mean they are becoming bank deserts. They often start with a higher concentration of banks, so closures just mean fewer options.

COVAS: And as the business model has been changing, they tend to be the areas where we have more branches. So it's natural, there's where there's more destruction of bank branches.

And actually, Covas points out people in middle to upper income neighborhoods are more likely to live without a bank nearby.

COVAS: What happens is the areas where, you know, upper income population is living tends to be very expensive areas. And that's generally not very highly commercial areas.

MAKRIDIS: What we can say, though, is that there are financial services that are being provided to people within these areas that don't have as many physical locations.

But not everyone likes online banking—especially older populations. Kathy Rivera is the city clerk for the small farming town of Alemena, Kansas. She took the job after she retired. Her duties include collecting utility bills and depositing them in the local bank.

But last fall, the town’s only bank failed. For two days, nobody knew what would happen.

RIVERA: It was an uncomfortable feeling to think we would have had to do business in a different town because it’s just too convenient to have them right there.

Rivera says thankfully another larger, corporate bank took over the branch and reopened. She says she could have learned how to do her job with an online banking account, but it would have been a challenge.

RIVERA: I'm certain with some education and some setting up of certain things, putting them in place, we could probably deposit checks, somehow, through a mobile device or something. But it would be kind of inconvenient.

Plus, she likes seeing her local tellers.

Villanova’s Michael Pagano says most consumers don’t have to worry about their local bank closing. Having a physical location acts like a big billboard. And many people still want a personal touch when it comes to big money decisions.

PAGANO: And as long as there's the opportunity to open a branch and steal market share from your competitor, I think they'll always be there.