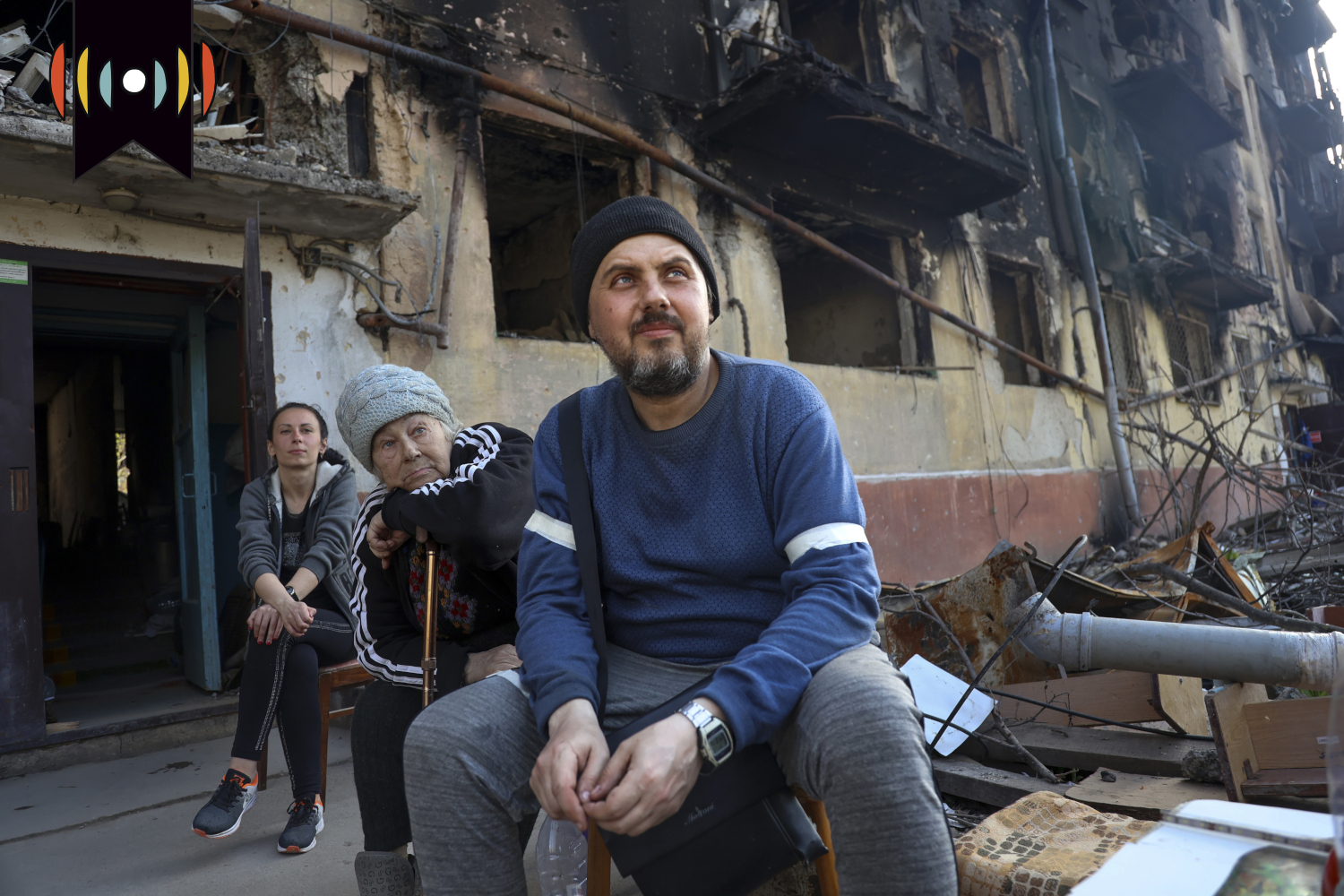 NICK EICHER, HOST: And I’m Nick Eicher. Coming next on The World and Everything in It: separated by war.

BBC: After months of preparations, the Russian president Vladimir Putin has launched a major military operation against Ukraine…

Two months have passed since Russia first invaded Ukraine, sending many refugees to border countries. But some left long before the invasion and are watching what’s happening with a growing sense of helplessness.

REICHARD: WORLD correspondent Caleb Bailey recently spoke to a family in Minnesota who fear for loved ones they left behind.

CALEB BAILEY, CORRESPONDENT : In Austin, Minnesota, Esther Zdebko plays with her two sons while they wait for her husband Valera to get home from English class.

ZBEDKO: Sorry. Okay. Crazy morning. We have Benjamin is 2 and then we have Lewis who's 10 months, but he's napping right now.

Even as Esther apologizes for the background noise, it's peaceful compared to what her close friends and family are experiencing 5,000 miles away.

ZBEDKO: And we had been thinking in about five years to go back to Ukraine permanently, but now with the war we don't really know what's going to happen going forward. We have no idea if Ukraine will even be a country.

Esther first visited Ukraine during college in 2011. She lived with a family who housed foster children. When she came back to America, the love for that ministry remained, and so she moved back.

ZBEDKO: And that's where I met my husband. He was on the Ukrainian team.

Esther and Valera married shortly after that and continued to work with orphanages and foster families. As a boy Valera and his siblings were taken away from their mom—making him a perfect candidate to mentor these young orphans alongside his wife.

In 2019, the couple moved to America to raise their family. The pandemic hit the next year. They haven’t been able to return to Ukraine since.

Valera is making a new life for his family in America. Part of that involves learning English. But the news from home makes it difficult to adjust.

ZBEDKO: His nephew stayed with our brother-in-law because he wanted to stay behind and there was a bomb dropped across the street from them and took out three houses. And all their windows were shattered and part of their roof. But their house is still standing.

While Valera is grateful that his wife and kids are safe from bombs and terror, he can’t say the same for his friends and family in Ukraine.

NEWSCAST: Explosions rang out before dawn in the cities of Kyiv, Kharkiv, and Odessa, followed by air sirens…

ZBEDKO: We feel a little bit guilty, kind of like that survivor's guilt or whatever, because we weren't there and we aren't there. And we're safe, and a lot of people aren't safe.

It’s nearly impossible to not think about the suffering of those friends and family. And yet, Esther and Valera have daily concerns they must attend to.

ZBEDKO: And yeah, I think one thing I just have to somehow keep coming back to is that I have to be in the place and be present, where God has called me to be right now. And I mean, part of that is staying connected with Ukraine, but part of it is I have to be present for my own kids, because they're not living through a war. So I shouldn't make them live through it. If you know what I mean.

NEWSCAST: It is a city without water. Without access to food. Without communications. Without power. A city reduced to ruins by constant Russian bombardment…

In the face of discouraging reports on every news channel, Esther recalls the uplifting stories her family has shared. Little glimmers of hope in a desolate situation.

ZBEDKO: So like, there are those who are receiving the refugees and there are those who are going out and getting them. So yeah, it's crazy, but they're nonstop driving. I don't know if they ever sleep. Like one of them. They still told us their vans broke down because they had been driving nonstop for seven weeks or something like the vans never got a break and finally they just died. So it gave the drivers a break to hopefully they were the ones who had to fix the vans themselves.

NEWSCLIP: Refugee agencies are warning that millions of Ukrainians could be on the move to escape the fighting…

Churches are on the front lines taking refugees under their wings. Feeding, housing, and encouraging homeless and despondent citizens.

ZBEDKO: There's one church that I saw pictures of that. I've known it as, like the most beautiful church in our city where everybody has their weddings, because it's just like, really, really fancy. And now I've seen pictures of it. Like that's the wedding hall where everybody has their weddings, and now it's full of supplies to help people fleeing the country.

Others are taking church into the war-torn streets. One friend of the Zdebkos is a chaplain in the Ukrainian army and is dodging Russian surveillance to spread the good news.

ZBEDKO: And he's been going to the bomb shelters every night and preaching the gospel in the bomb shelters, because people can listen because they're all scared for their lives. And so that's what he's been doing. His his wife is exhausted, because she doesn't know if he's ever going to come home.

Esther says Christians worldwide can learn a lot from their brothers and sisters in Ukraine and neighboring countries. War, famine, sickness—all these trials present a great opportunity for the gospel.

ZBEDKO: The church's job and calling is to meet the needs in the present situation where we are located right now. Which means if there's a war in your country, and there are refugees coming in, you feed the refugees. If there is something else going on in your community, it's the church's job to step up and take care of it.