Love as a first language

Nebraska church uses ESL classes to minister to their neighbors 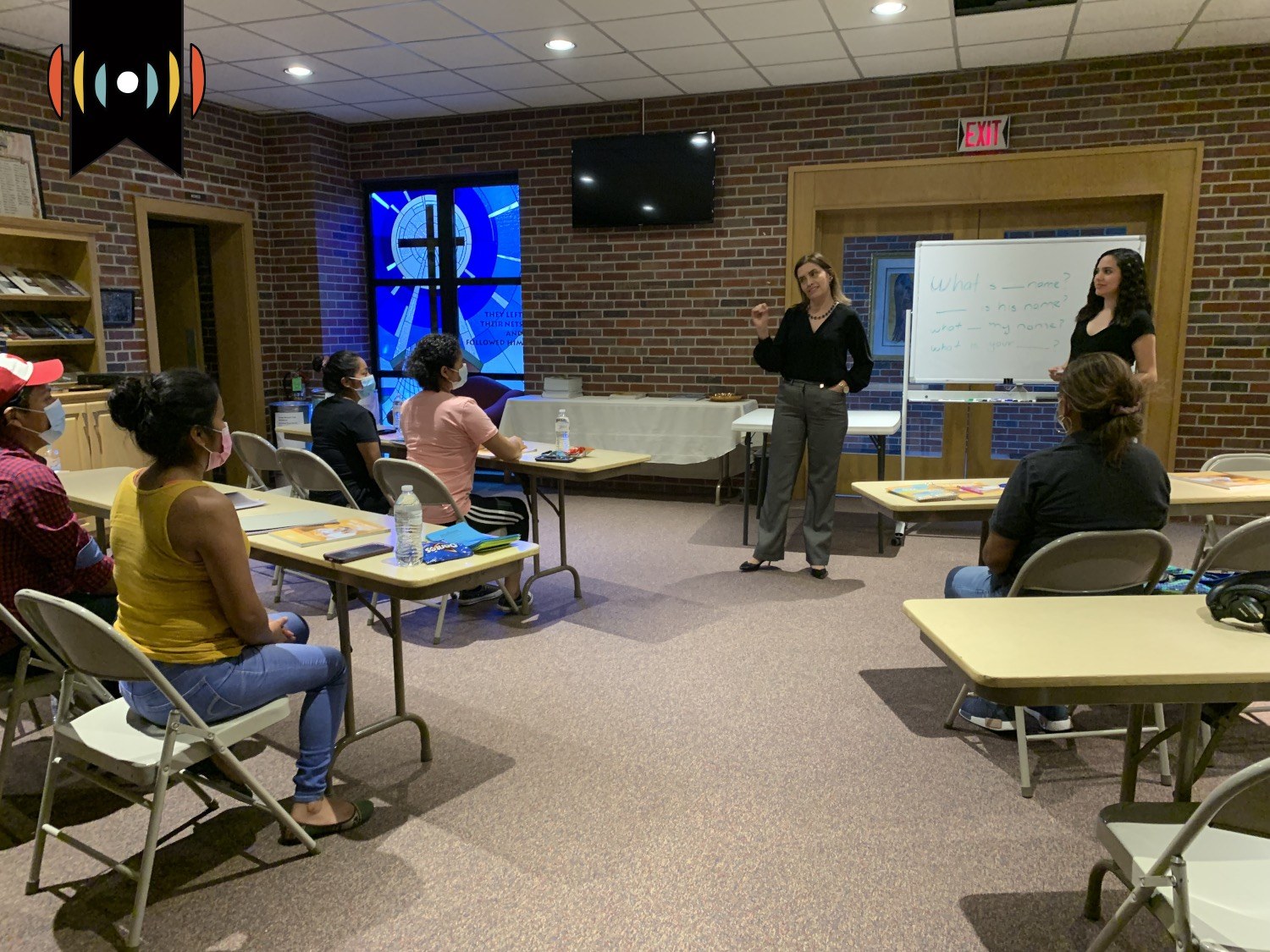 MYRNA BROWN, HOST: Today is Thursday, January 20th. Thank you for turning to WORLD Radio to help start your day.

MARY REICHARD, HOST: And I’m Mary Reichard. Coming next on The World and Everything in It: English as a second language.

The U.S. Department of State designated Lincoln, Nebraska, as a refugee-friendly city in the 1970s. Today, Lincoln is home to more than 30,000 immigrants and refugees from approximately 150 different countries.

Classes have started inside the large brick building belonging to Trinity Lutheran Church.

Trinity is the oldest Lutheran Church in Lincoln. The neighborhood looks different than it did when members first gathered in 1881. Lots of apartment buildings right around the church property. These days, the neighborhood sounds different, too.

Listen closely, and you’ll hear lots of Spanish floating around. Lots of holas and rolled Rs.

Bethany Mrosko is director of Christian outreach at Trinity.

BETHANY: There's a Spanish grocery store and little bakery down the street. So that's part of our community and part of our neighborhood. And we want to be able to reach out to those people . . .

BETHANY: . . . being able to engage more in society and have more community here. And then feel comfortable in a church building here as well. 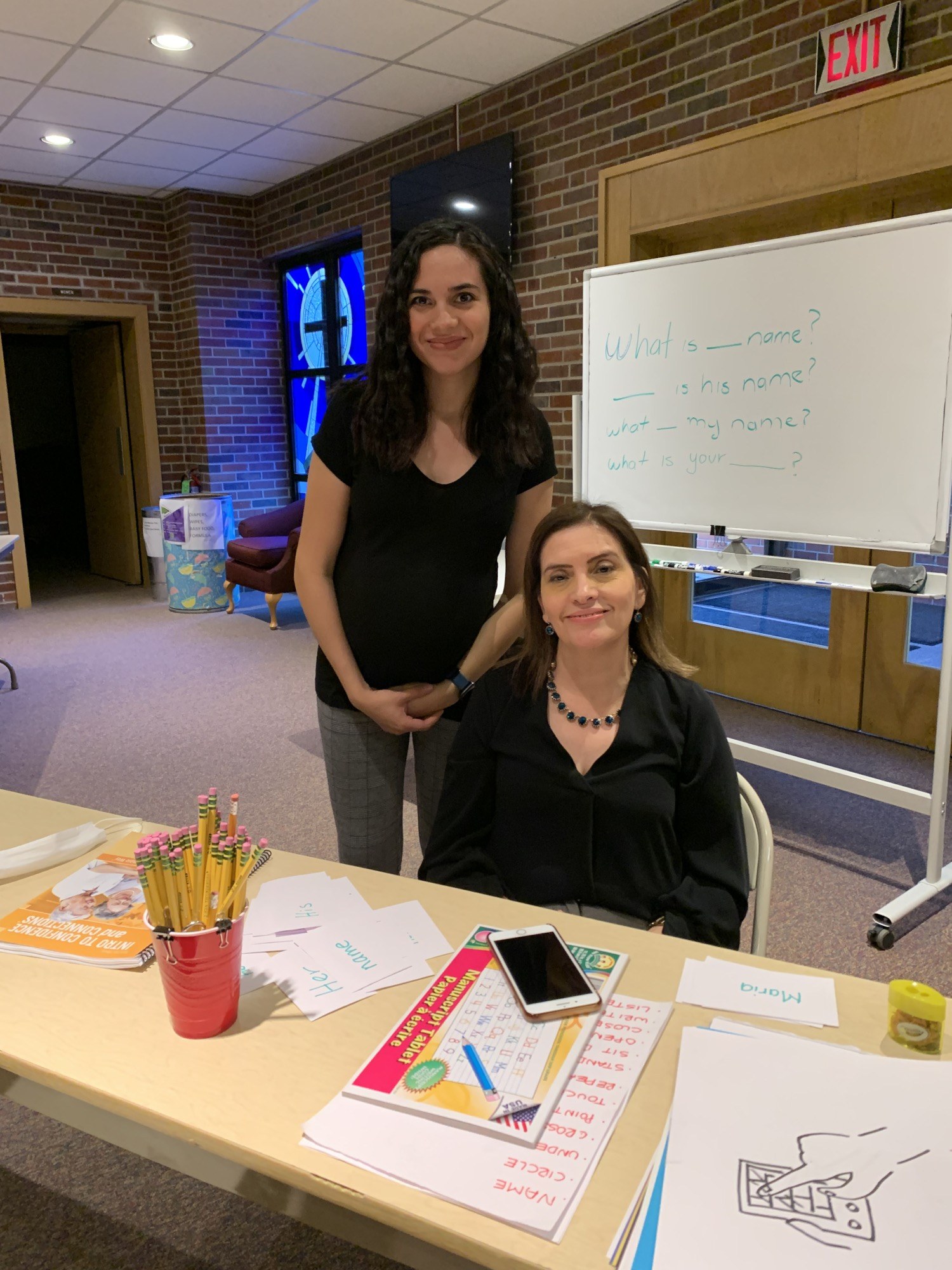 Tonight, Irma Gallegos and her daughter, Vianey Soenksen, are teaching. There’s a white board up front—tablets of lined manuscript paper—a cup full of sharpened No. 2 pencils.

Gallegos and her family came from Spain, where they served as missionaries. So both instructors know what it’s like to immigrate to America. They know what’s priority.

IRMA: Whatever they do in their jobs, English will help a lot. It will be a good asset for them to have if they speak the language.

But Soenksen says some students already have a grasp of English grammar and spelling.

VIANEY: We have a lady here that her and her husband have like a PhD in Venezuela. So yeah, like theology, I believe. She wanted to work more on her English, because she wanted to have a better pronunciation.

Students smile during class. The instructors do, too. Both women are volunteers, but they seem fully invested.

IRMA: I say, like, if you guys need a translation, if you're doing paperwork and you don't know what to do, call me. I will help you even through the phone.

And students do call Gallegos when they need help. But they don’t want to stay dependent on translators.

Dallas Kufferness is another ESL instructor at Trinity. He’s retired after a long career in Lutheran schools. He missed teaching. 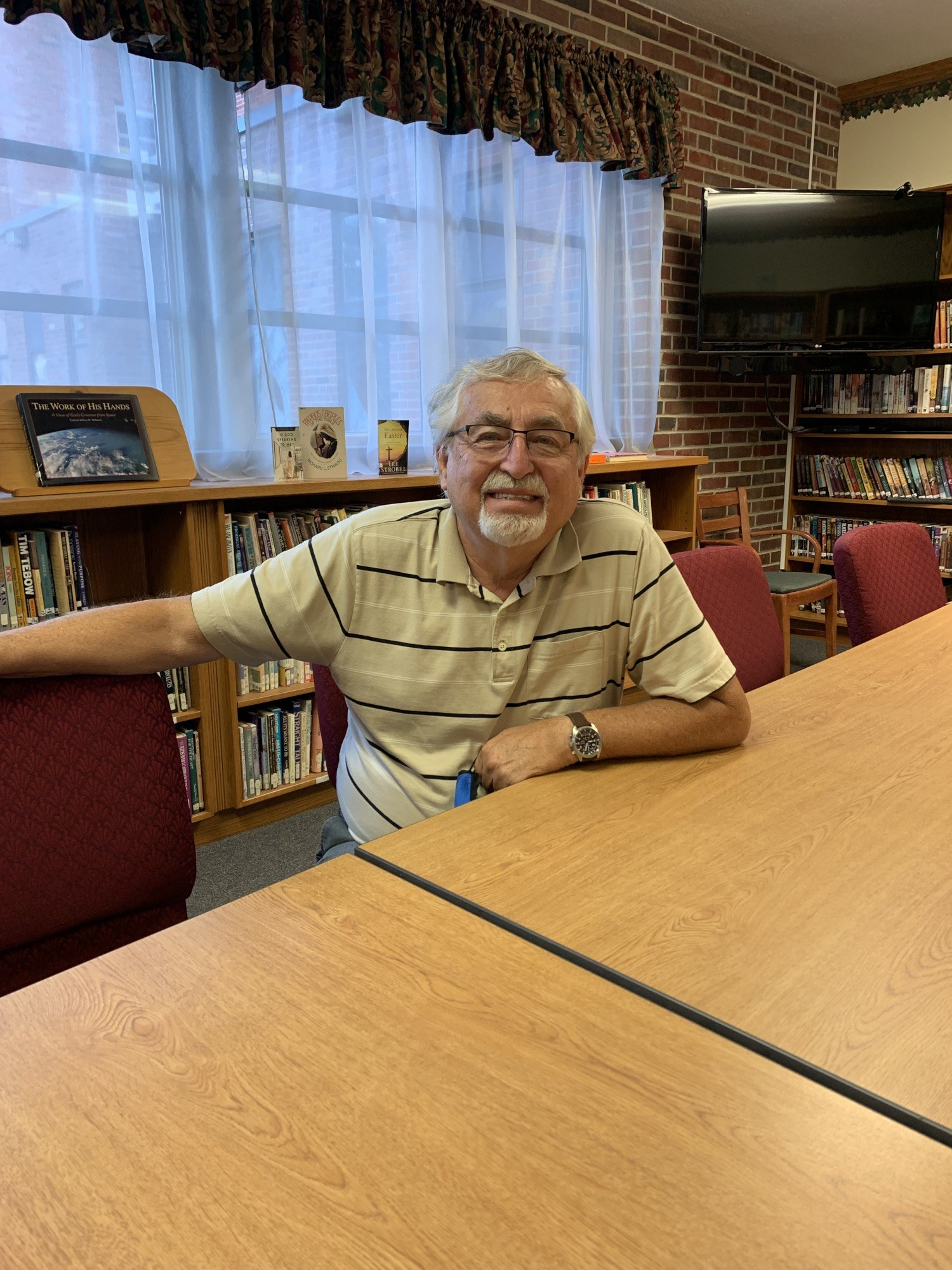 DALLAS: It's a gift the Lord has given me, and so I need to use it, even though I'm 70 years old. It's like it's something I still could do.

Kufferness says starting out, he had one concern. But not now.

DALLAS: You can help teach ESL and you don't have to speak Spanish. They're here to learn English. And so they do teach me Spanish. I do learn a new word in every class: Casa. Clima...

He had another surprise, too. The origins of his students.

DALLAS: Mexico, Peru, Bolivia, Colombia. Brazil, Panama. Yeah. What I originally thought when I was going to teach ESL . . . I thought, well, these are all going to be from Mexico. They're not -- Cuba even.

DALLAS: I don't know what my perceptions were before, but they're far different now than they were before . . .

Class time is spent on vocabulary. Learning weather words. Body parts like “foot.” They play Bingo to work on numbers.

But the last 10 minutes of class, all the ESL groups meet together in the church sanctuary. There’s a bilingual devotion.

And they’re working on learning Amazing Grace and the Lord’s Prayer in English. Many already know them in Spanish.

IRMA: We want to make sure that they understand that we love them, because God loves us. And I want to make them feel that they're welcome here as a regular person, not because they don't speak the language . . . 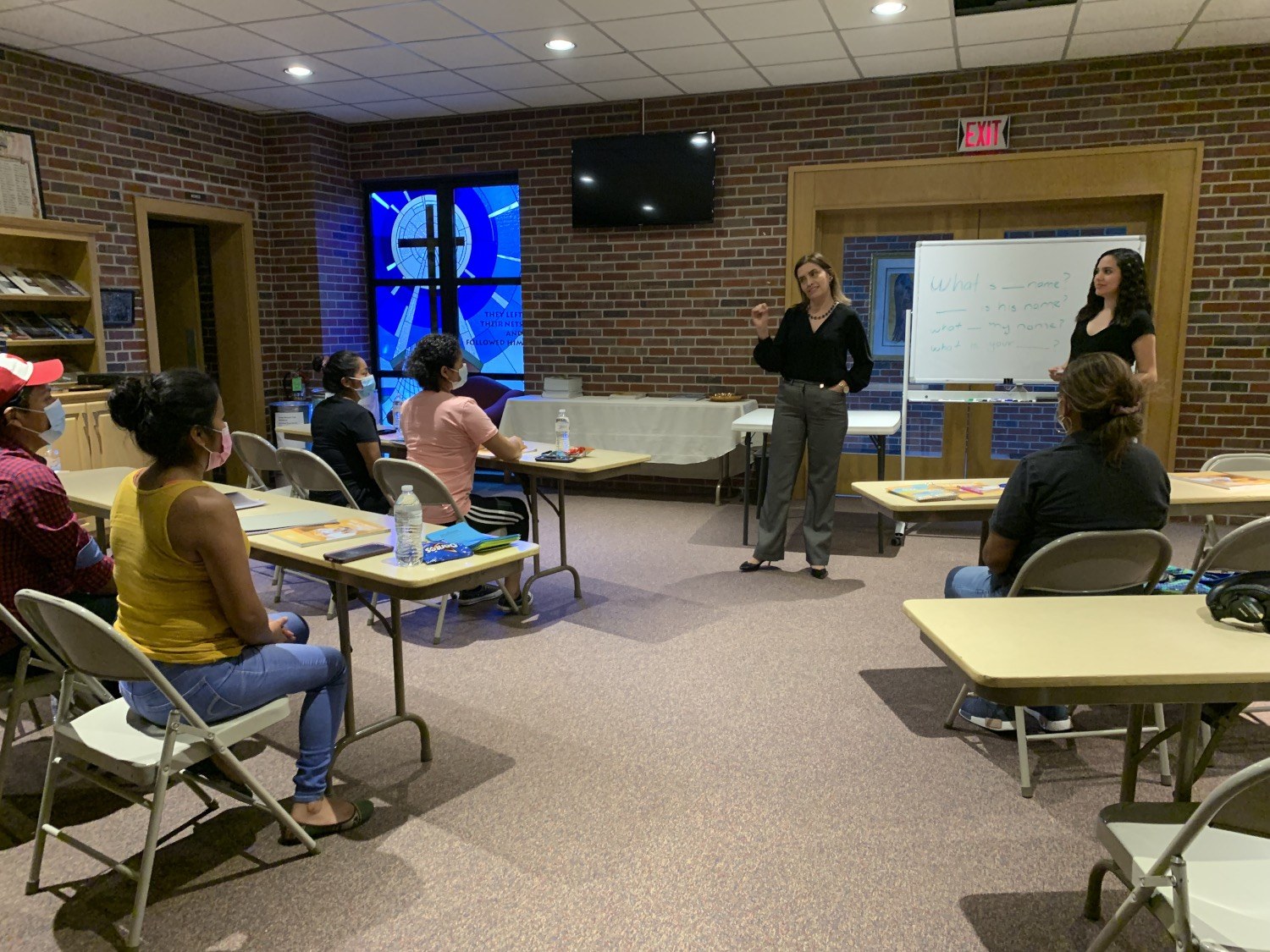 Pam Heiden is a member of Trinity, and she’s observing these ESL classes for the first time. She’s considering what role she might have to play in this ministry. And she’s leaving tonight with a whole new perspective.

PAM: What if the roles were reversed? What if I were in their country, and I was trying to learn their language? And so that's kind of eye opening to me, and really puts things in perspective for me.