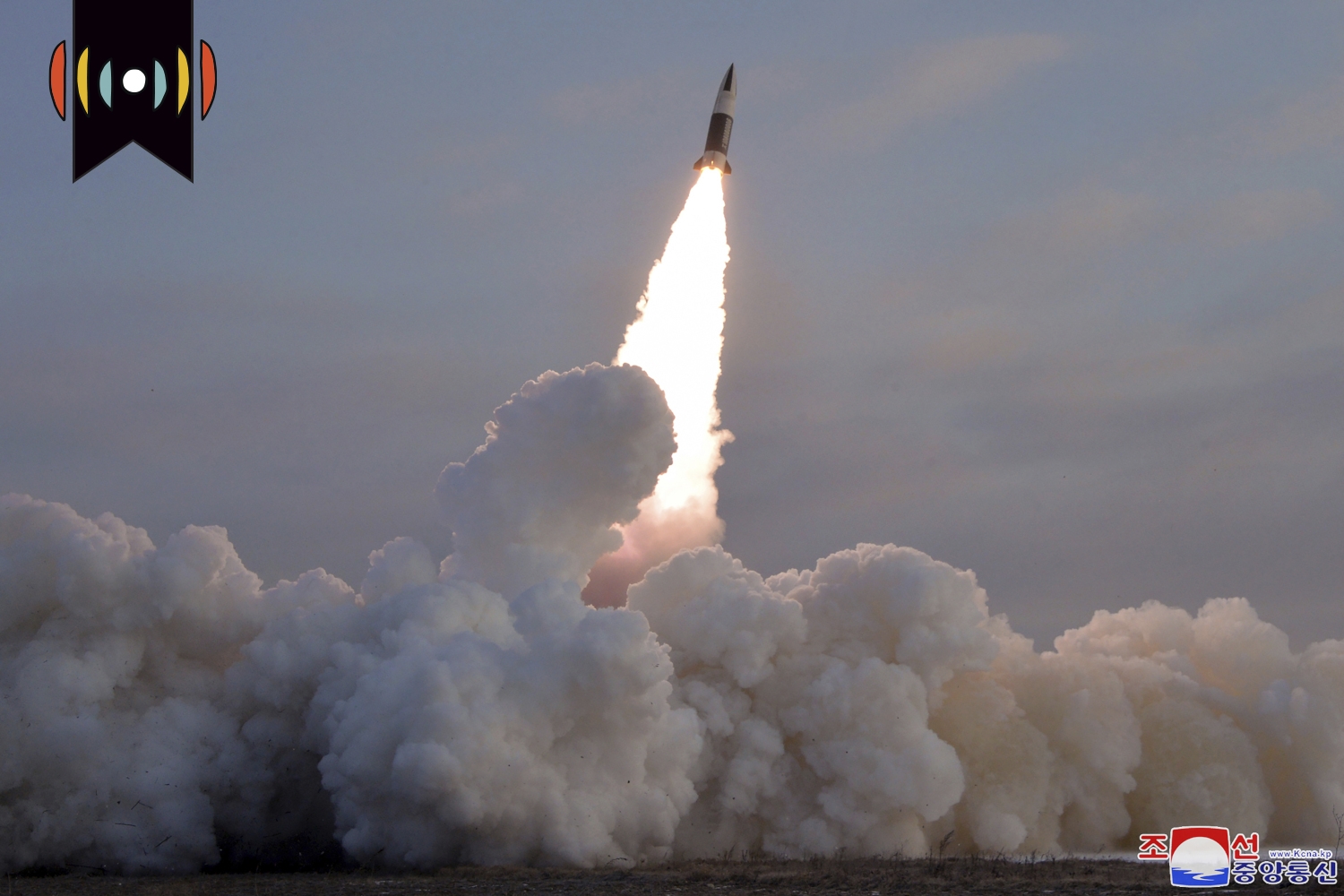 Since the beginning of this month, North Korea has launched several hypersonic missiles. That’s the term for missiles that go at least five times the speed of sound. And these missiles aren’t just able to blow past the sound barrier—they’re also able to blow past many missile defense systems.

BROWN: North Korea also launched one into the waters of the east coast of the Korean Peninsula back in September. These military advances have North Korea’s neighbors worried.

But what do they mean for the United States? WORLD’s Josh Schumacher reports.

KLINGNER: North Korea tested this recent one—a “hypersonic” missile, which has people kind of a-twitter because the of the word “hypersonic.”

KLINGNER: But as experts have pointed out, virtually any missile going more than 300 kilometers becomes “hypersonic,” or flying at five times or more than the speed of sound.

Klingner isn’t concerned so much about the missile’s speed. It’s the weapon’s maneuverability that’s caught his attention.

KLINGNER: It can you know, even though it's a ballistic missile, in a way it can act like a cruise missile, which flies lower to the earth and can do some pull up or lateral movements so that it, it's harder first to detect and also harder to intercept.

Klingner says this missile test follows the ongoing trajectory of North Korea’s missile development over the past several years. The totalitarian country already possesses missiles that can transport a nuclear weapon to the continental United States. But Pyongyang has focused recent tests on improving its short- and medium-range missile arsenal—the ones that can reach South Korea and Japan.

KLINGNER: All of these recent improvements are to either augment the number of missiles that could be fired against our allies or they'll eventually replace some of the existing  systems with more efficient, more capable, harder-to-detect missiles.

And North Korea is making significant progress toward those goals. In just the past few years, its military has developed numerous new weapons systems.

But this warhead isn’t just another missile test. It’s an attempt to get the world’s attention.

David Maxwell is a senior fellow at the Foundation for Defense of Democracies. He says North Korea’s latest moves are part of a larger strategy of what he calls “blackmail diplomacy.”

MAXWELL: For the last seven decades, they've really executed a pretty simple pattern, where they will, will raise tensions, they will create a threat, they will conduct a provocation missile test because they believe that South Korea and the United States do not want conflict…

And in order to avoid conflict and relieve tensions, Kim Jong Un believes the United States and South Korea will make concessions. That strategy has usually worked.

MAXWELL: And over the last seven decades, they've received many concessions.

What does Kim Jong Un want this time? Sanctions relief.

For a long time, the North Korean people have depended on the black market to get things they couldn’t get in state-sanctioned stores. These black markets depend on goods smuggled across the border with China. But David Maxwell says the Kim regime has started to view those markets as a threat.

MAXWELL: And so with the outbreak of COVID, Kim Jong Un is taking the opportunity to crack down on those markets. And, you know, he has cut the trade and closed the border with China. They have cracked down on the use of foreign currency, put in place severe movement restrictions, again, ostensibly to prevent COVID.

And that’s left the North Korean people with nowhere else to turn for basic necessities like food and medicine.

MAXWELL: What is problematic now and dangerous is that there is no relief valve, there is no safety valve, that's going to help the regime or the Korean people in the North, like there was in the 1990s. Because of sanctions, you know, the much more restrictive sanctions are in place now. It prevents the regime from being bailed out by South Korea.

MAXWELL: We really have to understand that if there is a breakdown in society. It could really cause a breakdown of the regime. And that could cause severe internal instability on a scale we have never seen.

But Maxwell believes the Biden administration needs to stand firm.

MAXWELL: Our diplomacy must rest on a strong foundation of deterrence, of defensive capabilities while we continue to offer the ability to negotiate, and to allow Kim Jong Un to survive through diplomacy, survive through economic reform, and survive by also ending his human rights abuses as well.

The United States has imposed sanctions on six leading figures in North Korea following the missile launches, and also on the Russian company that Washington accuses of supplying the parts for the missiles. South Korea and Japan have also both condemned the launches.