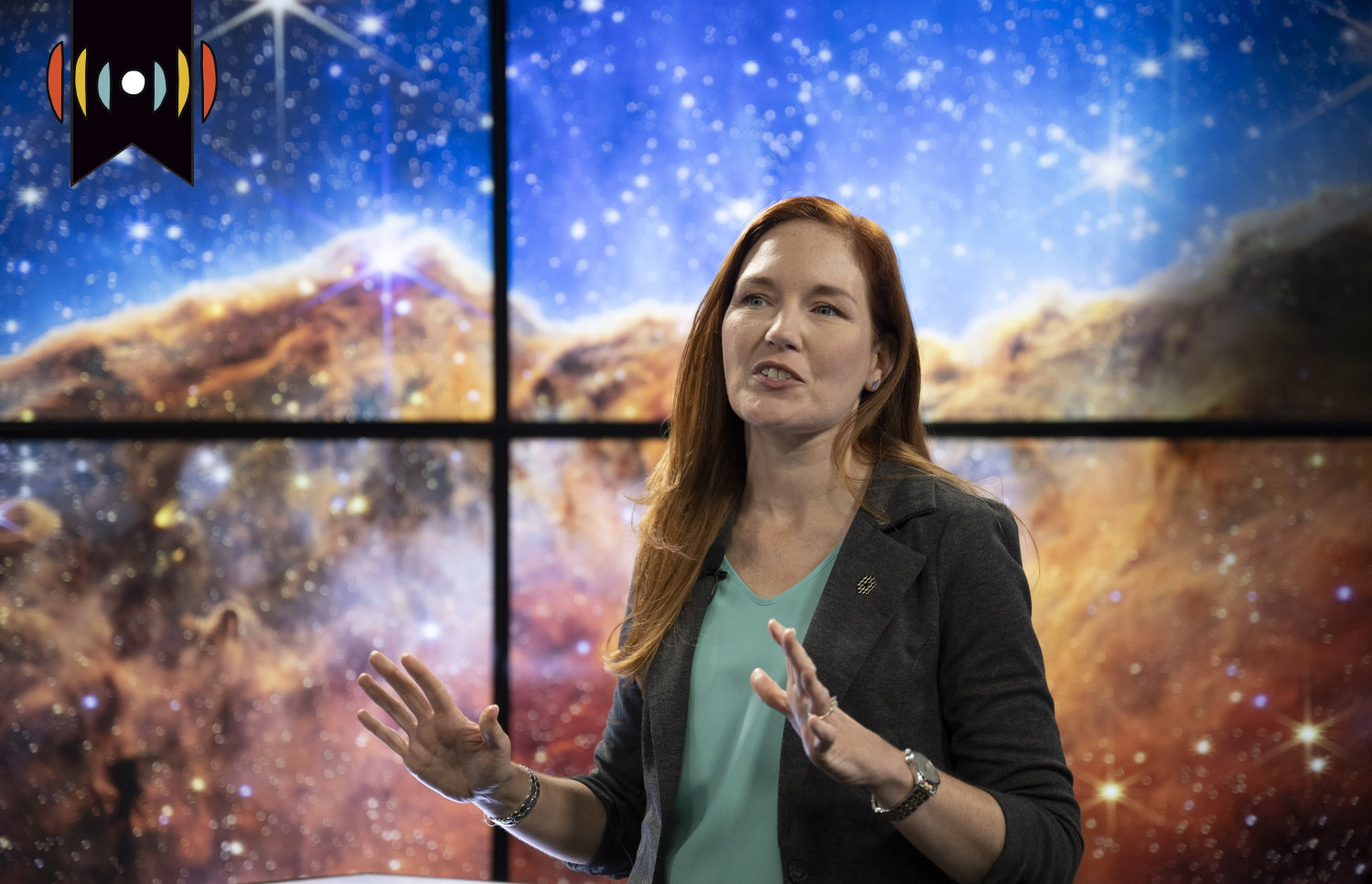 On Christmas day 2021, NASA and the Canadian and European Space Agencies delivered a gift to scientists and space enthusiasts around the world with the launch of the James Webb Space Telescope.

BUTLER: Six months and a million miles later, the Webb telescope arrived at its far-flung orbit and began delivering images back to Earth. On Tuesday, the world saw some of those images for the first time. WORLD reporter Bonnie Pritchett has the story.

MICHELLE JONES: [APPLAUSE] Good morning. Good morning everyone! We are live and this is it! Today is the day we’ve all been waiting for. So, let’s get excited! [APPLAUSE]

JONES: I think you all can do better than that. Let me hear you again. [APPLAUSE]. There you go. There you go…

NASA and space industry leaders, congressmen, and the scientists who built and support the Webb filled the Goddard Space Flight Center auditorium. International partners from the European and Canadian Space agencies joined remotely.

BILL NELSON: I didn’t know I was coming to a pep rally today. [CROWD HOOTS]. But that’s all the better. You’ve got a lot to be rallying for…

Until Tuesday, only about 30 scientists had seen the images downloaded from Webb. Except for a sneak preview from the White House the night before, the pictures had been a closely guarded secret.

The very first person to see Webb’s images was Klaus Pontoppidan, Webb project scientist. I spoke with him last week about Webb’s mission and waiting for the arrival of that first image.

PONTOPPIDAN: With experience, you can immediately tell if it's going to be good or not. And, and the first image that we got down, I could tell it's gonna be good. And it was a huge relief. So, I just kind of leaning back and looking at it and closing my eyes for a moment and going like, Okay…

On Tuesday, those scientists took turns introducing the world to Webb’s views of the universe.

JANE RIGBY: There’s so much detail here. We’re seeing these galaxies in ways that we’ve never been able to see before. They’re galaxies here in which you’re seeing individual clusters of stars forming. Popping up like popcorn…

That’s scientist Jane Rigby explaining an image of a black field of the distant universe ablaze with stars of varying sizes and brilliance and thousands of galaxies of different hues.

In addition to higher resolution and infrared imaging, Webb can capture data in a fraction of time compared to its predecessor: The Hubble Telescope.

RIGBY: The Hubble Extreme Deep Field was two weeks of continuous work with Hubble. And it was just imaging. With Webb? We took that image before breakfast…

GIOVANNA GIARDINO: So, we are looking at five galaxies. This is a closer galaxy in the foreground and these four are a distance of about 300 million light years from us and they’re locked in a close interaction. Sort of like a cosmic dance driven by the gravitational force…

Two other images showed the birth and death of stars. In the Southern Ring Nebula, where a star is dying, Webb’s infrared technology revealed what scientists believed was there but had never seen—the system’s second star.

STRAUGHN: And in this view we see some great examples, first of all, of hundreds of new stars that we’ve never seen before. We see examples of bubbles and cavities and jets that are being blown out by these newborn stars. We see examples of structures that, honestly, we don’t even know what they are. Like, what’s going on here?

It's those questions that researchers like Cicero Lu hope to answer. She’s a PhD candidate at John Hopkins University. Her adviser and lead researcher is Dr. Christine Chen.

Their project is one of 400 already granted access to Webb.

CICERO LU: So, Dr. Chen's research group and our research group's interest has been in this really cool baby sort of solar system that is 200 times younger than our own Solar System age. So, it's a really cool place to be looking for young planets, what they're made of, what their composition is, like, what elements make have made them…

Two enormous planets and a debris field orbit the sun of the Beta Pictoris solar system. Researchers believe the system is hiding something.

LU: So, what's really particularly puzzling for us is that there is a big cloud of carbon monoxide… Why is there a cloud that's there? And, and one possible reason is that actually it shrouds a planet that we couldn't, we just couldn't see…

The James Webb Space Telescope gives scientists and space enthusiasts a lot to cheer about. Jane Rigby is among the cheerleaders. But Webb’s expansive view of the universe also reveals things that a camera lens can’t.

RIGBY: The universe, it's been out there. We just had to build a telescope to go see what was there. Yet, very similar feeling of maybe people in a broken world, managing to do something right. And to see some of the majesty that's out there.