What kind of behind-the-scenes work goes into freeing kidnapped missionaries?

This Thursday, Oct. 21, 2021 photo shows a sign outside Christian Aid Ministries in Titanyen, Haiti, which had 17 of their members kidnapped. Matias Delacroix/Associated Press Photo 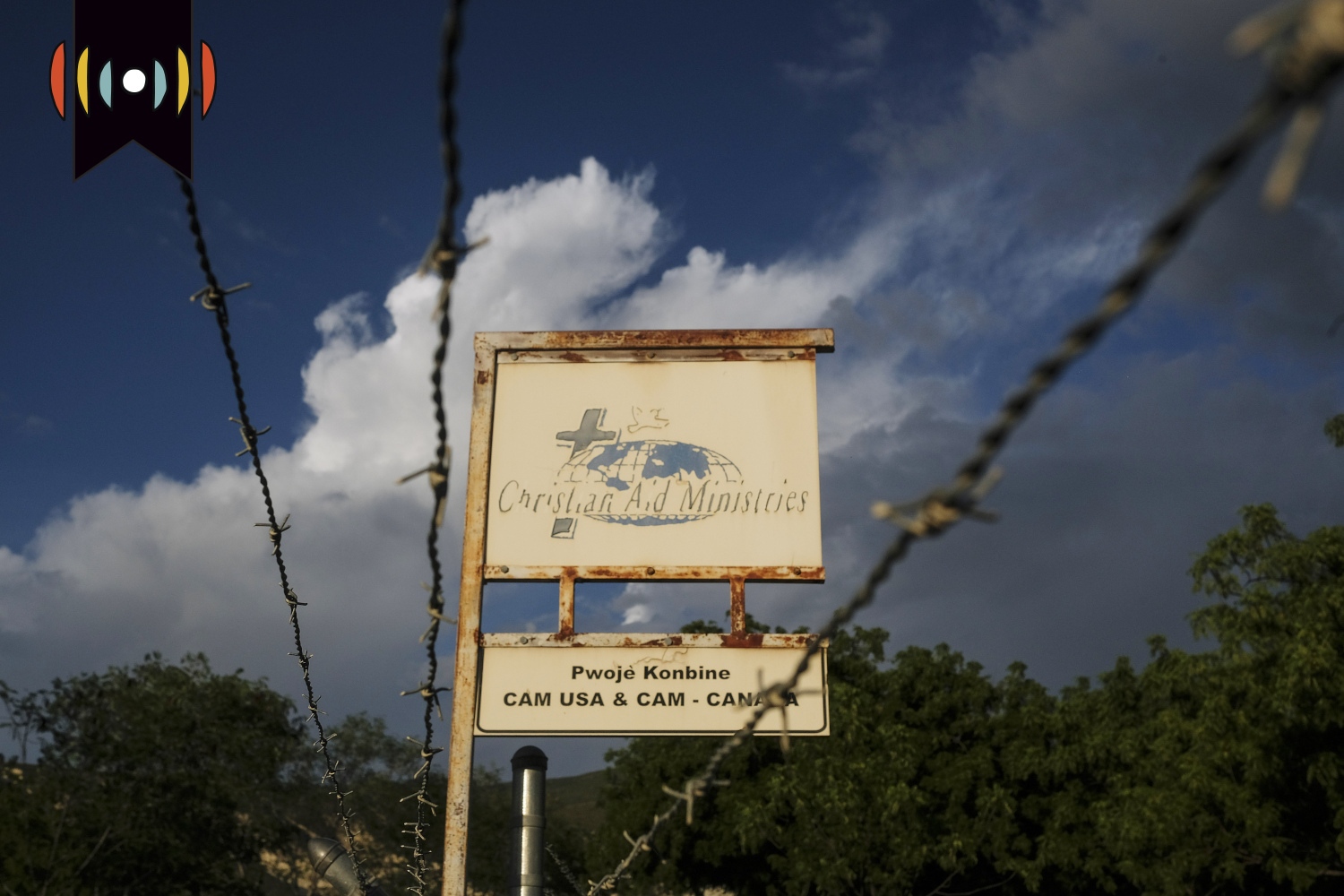 MARY REICHARD, HOST: Up next: the risks on the mission field in Haiti and beyond.

MYRNA BROWN, HOST: It’s been more than two weeks since a violent gang in Haiti kidnapped 17 missionaries with a faith organization based in the United States.

They remain in captivity, with gang leaders demanding millions of dollars in ransom money for their release.

The abductions underscore the risks to missionaries, not only in Haiti, but in many other countries as well.

So how can ministries mitigate those risks while still carrying the gospel to some of the darkest corners of the world?

REICHARD: We’re joined now by an expert to help answer that question. Due to safety concerns, we will not be using his real name or that of his ministry. For this conversation, we will call him Jay. Jay has a military background, and he assesses risk on the mission field and advises missionaries about safety.

Jay, good morning to you, sir!

JAY, GUEST: Good morning. It's wonderful to be here.

REICHARD: How do the risks right now in Haiti compare to the dangers in other poor or even war-torn countries?

JAY: Well, Haiti is certainly in the news for the hostage event that's currently taking place right now. And really the chaos that rules the streets in Haiti, with the assassination, recent assassination of their president and a severe earthquake—7.2, I think it was. And on top of that, it’s the poorest nation in the Western Hemisphere. So you've got all these different factors that play into the security environment. But really—there's a lot of similarities and what's happening in Haiti is not unknown in other parts of the world is what I'm saying, but it's certainly getting the headlines right now.

REICHARD: Now, we should make it clear that you’re not involved in any way in the situation now in Haiti. But I know you're keeping a close eye on this crisis. What are you watching for as you observe this hostage situation from the outside?

JAY: Yes, that's correct. We don't have anybody directly in Haiti or working in Haiti right now. So one open source talks about FBI is on the ground, and that they had made contact with them. And that's really about all I do know, behind the scenes. What I can tell you is that from my perspective, I'm watching very closely how this ministry, this faith-based ministry is reacting to it, what public statements they’re making, and so forth. I'm watching it very closely and seeing how this happens, because our missionaries can also face the very same threats and risks and dangers. And so I want to make sure that we're prepared to learn from what's happening here.

And it's kind of—I hate to call it a case study, because these are real people. And they're in very dire situations. What the ministry said was that we should be praying for them because they have a unique opportunity to love their enemies. And so that's what we're praying for. We're praying that through this awful situation, that Christ will use this to really spread the gospel even among these kidnappers. We would all love to see their conversion as well and that this be resolved through the work of Christ in the sharing of His gospel.

REICHARD: Christians are clearly called to carry the gospel into some dark places. Where do you think the line is between recklessness and faith?

JAY: And that, of course, is a great question. Because we go out in obedience to Christ. We're spreading the gospel. And by the command of Christ, who tells us God all the world, that means we're going into dangerous places. Where it becomes reckless is when you go there without any plan. Jesus told his disciples that when you go into a city and they persecute you, flee to the next city, so have yourself an exit strategy. If you're going there with the purpose of spreading the gospel, then you can embrace the danger. But if you're going there simply for the danger, that's reckless.

REICHARD: Let’s talk about practicalities. There’s security, and then there’s armed security. I wonder if that’s something ministries should consider, to raise money for? Any thoughts on that?

JAY: That's very interesting. Armed security. So I know like, for most places, you're not allowed to bring arms across a border. So there would be that hindrance. But if you're thinking in terms of hiring it in the field, I guess there could be some uses for it. If you needed an armed escort, for instance, to get to where you're ministering, then that might be an option. But I would think that that would be not the norm, but that would be an exception. And I think, ultimately, you're going to want to go to these places, unarmed—armed only with the gospel and the Sword of the Spirit, which is the word of God. So I think that's ultimately what your goal is.

REICHARD: Last question today: what advice would you give to anyone considering a mission in a dangerous place?

JAY: God bless you. I mean, there are places that are dangerous that desperately need the gospel. Haiti is one of them. Afghanistan, there's all these places that we've seen news where all this danger, they all need the gospel. The peace of Jesus Christ is the only thing that will deliver them from the actual real life trauma that they endure day to day. So, I would say you're welcome to come. But have a good theology of risk. be able to balance the risk that you're willing to take. Be prepared for them. Don't go to a place where the risks are beyond what you're able to prepare for. Now you're tempting fate. Now you're tempting your faith. And in the sense testing God. So if you're not prepared, then you shouldn't go. But if you have a heart to go, you can prepare. You can join an organization, you can work with their risk managers or their security managers to help prepare you for those dangers while you go out specifically to preach the gospel.

REICHARD: Our guest today assesses risk on mission fields and advises missionaries on staying as safe as is possible. Jay, thank you and may God bless the work you’re doing!

JAY: Thank you very much. Grace and peace to you and thank you for what you're doing for the Kingdom.