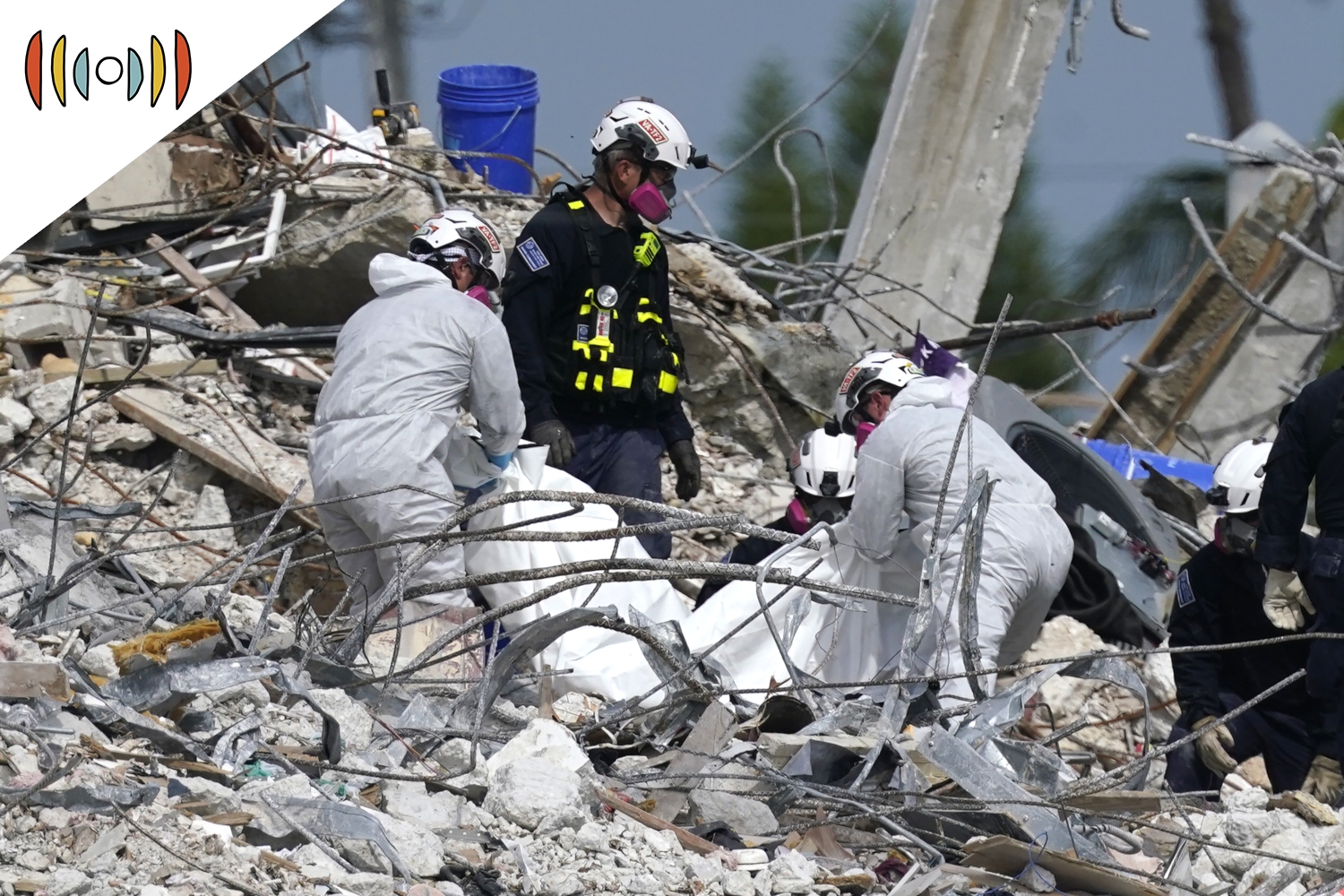 We still don’t know how many people are dead.

As of last night, officials had recovered dozens of bodies and well over a hundred people remain missing.

But rescue crews have not given up. They’re still hauling away concrete and other debris bit by bit, hoping for a miracle.

And here to help us better understand the search and rescue effort though the eyes of a first responder is Gary Ludwig.

He is chief of the Champaign, Illinois, Fire Dept. and he is also the former president of the International Association of Fire Chiefs. Mr. Ludwig, good morning!

REICHARD: Chief, if this were to happen in your town and one of your teams is first on the scene, walk us through how you handle this. What’s the first thing you do?

LUDWIG: Sure. The first priority for any of these scenes is safety, not only the firefighters, but also of those that are still in the building or those in the surrounding areas. So, one of the first things you want to do is establish a perimeter. It was evident that one building was down, and it was attached to another building. So the first thing you're gonna observe is that other building and what is the stability and is it going to come down or not? And so once you have that perimeter established, the first thing you want to do then after that is begin the rescue efforts of anybody that has immediate rescue that you can get out of the pile.

REICHARD: Help us to better understand what the dangers are in this kind of rescue operation where you’re digging through a collapsed structure. What are they up against?

LUDWIG: Sure. Obviously, the secondary collapse of the second structure, the pile itself is unstable. You might have burning going on, which we saw early on in the event. There were fuels that were burning underneath. So that's why when these teams come in, they have specialized equipment. They're FEMA teams organized around fire departments around the country. There are 28 teams. They're called Urban Search and Rescue teams—USR, for short. And they have a whole array of different types of equipment. And one of the things they're going to be monitoring is not only the stability of the structure using lasers and sensors, but they also have the ability to monitor the air and the water that's running off the structure. We learned the lessons of 9/11 of those rescue individuals that were working on the pile with phosgene gas and other types of toxic materials that were coming off the pile that were burning underneath. And so secondary collapse and any of the environment that you're exposed to are your main priorities.

REICHARD: Tell us about the training rescue teams might receive to prepare them for disasters like this?

LUDWIG: Sure, these are highly specialized rescue teams that have specific certifications. And they're just not firefighters. These teams are a whole array of individuals with individual talents. For instance, there are structural engineers that are part of these teams. There are rescue personnel on site that provide medical support. There are canine handlers as a part of these teams, again, that they try to search for individuals within the rubble. There are individuals that have technical assistance that operate specialized equipment such as the lasers that we just talked about. And they're using another type of device called a Delsar system, which basically takes the entire site and turns it into an acoustic and sensor type of environment where they can hear heartbeats, they can hear breathing, they can hear all kinds of things. We've come a long way since 9/11, where we used to blow the air horns and have everybody stop just so we could listen so that we could hear some bang, banging or something like that. So these 80 member teams—that's what they call a heavy team—again, it's just not firefighters, it's a whole array of specialized individuals.

REICHARD: Part of the job in a situation like this is the somber discovery of human remains, a prolonged rescue effort like this must be so physically draining for those involved. Speak to the emotional aspect of this work?

LUDWIG: Yeah, it's, there's, there's no doubt it's emotional. And if you remember one of the firefighters from Miami, his daughter was in the pile. He was also searching. And so you have a kindred of you know, there's a kindred there, with the other firefighter. So you're emotionally tied to that and then you're also emotionally tied to a brother firefighter who has lost a child in there. And I can tell you what sustains you is that goal, that energy, that effort to continue to try to find survivors. So, even though it is physically taxing, I can tell you every one of those firefighters down there, and all the other members of those teams, they have the energy to do what they need to do. And then when you get off those piles after you've been released, then you have time to decompress. And it's interesting you ask this question, Mary, because one of the things that's unique is also members of these teams are mental health counselors. This is obviously gruesome work in some cases. Sometimes you may find the bodies not intact. And those are things that you take back with you. There's no doubt that -- you know one of the quotes that we have in our profession, I wish my brain could unsee the things that I have seen. And so part of that is the resiliency of our mental health counselors that help us to get through those things.

REICHARD: Chief, at what point does a “rescue” operation become a “recovery” operation? How do they make that determination?

LUDWIG: So, that is an interesting question. And that will be done by a team of individuals who will make that decision when they move from a rescue effort to recovery effort. As we speak, it's been a little over a week since they weren't able to hear any tapping on that Saturday after the collapse within the pile. And so, unfortunately, as the hours tick by, as the minutes tick by, that decision becomes closer. And I know that's not what the families want to hear, but I can assure you, every one of those members that are working on that pile down there, those firefighters and others, are doing the best they can to find if there's any remaining survivors. And that team, that decision, as I said, will be made by a host of individuals. And when that happens, they will become more aggressive as they remove the pile.

REICHARD: Chief Gary Ludwig has been our guest. Chief, appreciate your insight. Thank you.

LUDWIG: Thank you. It's been a pleasure.