Cracking down on the Kremlin

WORLD Radio - Cracking down on the Kremlin

Will international courts be able to hold Russian leaders accountable for war crimes? 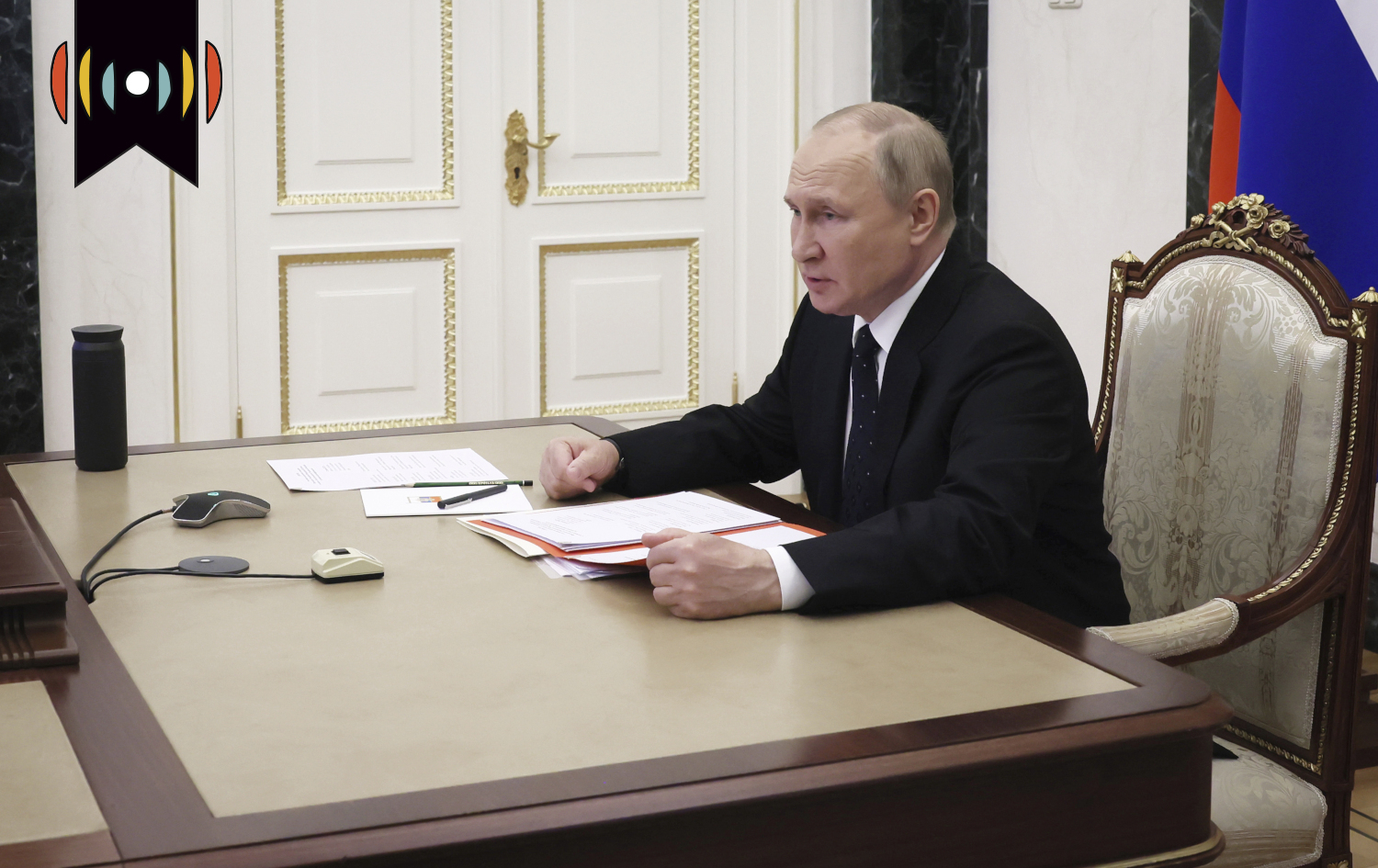 Now, investigators from more than a dozen countries are in Ukraine documenting these cases. That’s happening even as fierce fighting continues in the eastern part of the country.

BROWN: But will international courts be able to hold Russia’s leaders accountable for these crimes? WORLD’s Jill Nelson reports.

JILL NELSON, REPORTER: When Russian troops invaded the Ukrainian village of Bilka on March 2nd, local residents tried to stay out of sight. Ludmyla Savchenko and her husband Mykola herded their six foster kids into the cellar as more than 200 Russian armored vehicles rolled into town.

Savchenko describes through a translator what happened next.

LUDMYLA: They were hiding in the cellar all the time and her phone died and her husband took her phone out to charge the battery and he said it would take just five minutes.

But her husband never returned. And the situation in her village was too dangerous to go out looking for him.

LUDMYLA: She could not see where he was or get any reports because local sheriffs told her not to go anywhere because there were mines all around the village and he told her to wait until the troops would be driven out of the village.

Seventeen days later, local forces found her husband, dead, face down in a pit and hastily covered with weeds.

Local police concluded that 45-year-old Mykola was brutally tortured and killed, a war crime according to the Rome Statute of the International Criminal Court, or ICC.

Rachel Kerr is a law professor at King’s College London and co-director of the War Crimes Research Group. She says the definition of a war crime is anything that violates international humanitarian law.

Ukraine’s chief prosecutor estimates 15,000 Ukrainians have been victims of war crimes since the Russian assault began in late February.

In March, the Russian air force bombed a maternity hospital. And in early April, Ukrainian forces freed the area around the capital and discovered mass graves and hundreds of suspected war crimes.

The ICC sent a 42-member team to Kyiv in May to begin formal investigations. It’s the largest team the ICC has ever deployed. And more than a dozen countries have launched their own investigations.

Kerr says this is a historic moment for law and politics.

KERR: So what's really significant here is that because of the extent of protest and disapproval of the Russian invasion of Ukraine and the extent to which a section, a large section of the international community have come together to condemn that, it’s also meant that those states are now also providing concrete support to the ICC and practical support, financial support, in order to be able to carry out those investigations.

The Rome Statute of the ICC has 123 signing members, but Ukraine is not one of them. Neither is the United States or Russia.

But Kerr says Ukraine filed a note of jurisdiction with the ICC in 2014 over concerns about Russian war crimes during the first invasion.

But that doesn’t mean the Kremlin will cooperate. That’s why Ukraine has already begun its own war crimes trials. Ukrainian investigators have identified 600 Russian suspects and launched 80 prosecutions. Courts last month sentenced two Russian soldiers to 11 years in prison for shelling civilian areas. And Ukraine’s first war crimes trial resulted in a life sentence for another Russian soldier.

But according to President Joe Biden, the blame begins with Russian President Vladimir Putin.

BIDEN: He is a war criminal. But we have to gather the information, we have to continue to provide Ukraine with the weapons they need to continue the fight, and we have to get all the details so this can be an actual - have a war crime trial. This guy is brutal.

Holding Russia’s leaders accountable will prove difficult for the ICC. But Kerr says there is a small measure of hope.

KERR: You could envisage a scenario, I think, where if you could see Putin being toppled somehow by people around him, which is a big if, that it would then be quite convenient to ship him off to the Hague to stand trial. And in which case, that's why I think it's not entirely out of the question, although at the moment the prospect looks fairly unlikely.

Connecting the dots to Russia’s leaders could take years, if it happens at all. That’s why teams of forensic experts from France, Poland, Latvia, Lithuania, and 14 other countries aren’t wasting any time.

Ludmyla Savchenko is hoping one of those teams will reach out and catalog the details of her husband's death.

She recently returned to her village in the Sumy Oblast where she was able to give her husband a proper burial and memorial service.

She has a hard road ahead. Russian forces are renewing their mortar attacks in her region.

And she’s now a single parent to all six of her foster kids, who range in age from four to 11. She says it’s been a difficult journey for children who have already experienced loss.

LUDMYLA: The children are still waiting for him to come home.