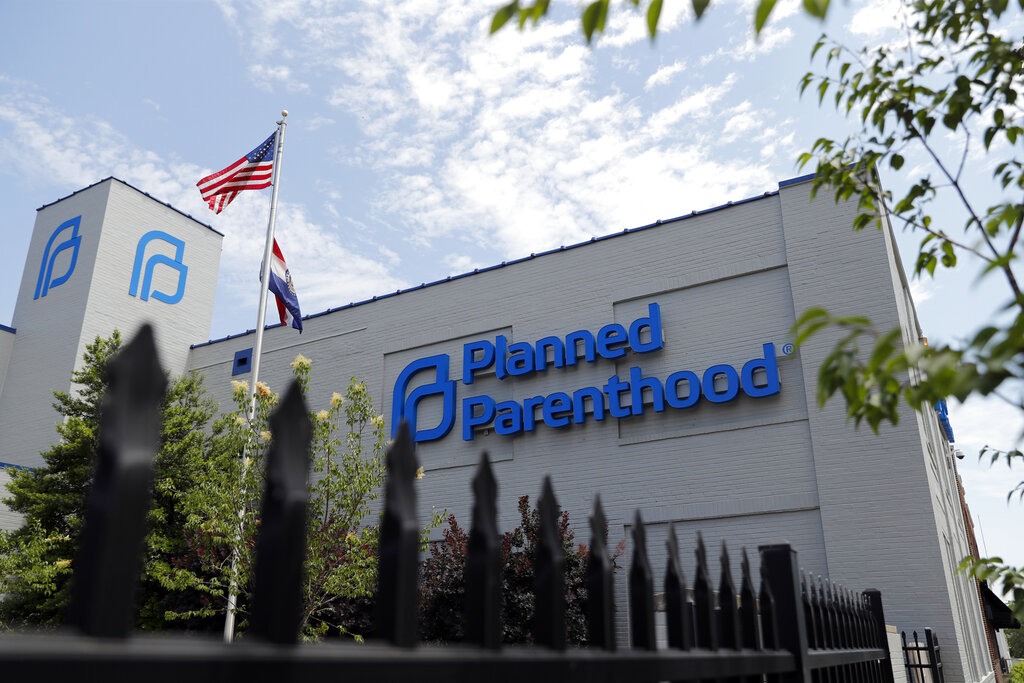 MEGAN BASHAM, HOST: Today is Tuesday, March 24th. Good morning! This is The World and Everything in It from listener-supported WORLD Radio. I’m Megan Basham.

MARY REICHARD, HOST: And I’m Mary Reichard. Next up: commentary from Ryan Bomberger.

But before that, we should note, this isn’t the only place you can hear Ryan today.

BASHAM: That’s right! We are very excited to announce that today marks the launch of Season 2 of The Olasky Interview. Twelve episodes featuring new and classic interviews our editor in chief Marvin Olasky has done.

Just search for The Olasky Interview on whatever platform you’re using to listen to The World and Everything in It. The first three episodes are available now: John Piper, Arthur Brooks—and our new commentator Ryan Bomberger, along with his wife Bethany.

REICHARD: Yes, it’s an interview Marvin did with Ryan and Bethany back in 2013. You’ll hear more about their personal stories and their pro-life work. So you’ll want to check that out.

For now, Ryan sees hypocrisy in the abortion industry during this time of pandemic.

Yet, while the world is moving to keep death from spreading, some remain eager to execute: Planned Parenthood and other abortion businesses continue to kill the most vulnerable and put women in needless danger.

Despite shutdown orders wiping out the ability of millions of businesses to remain open, Planned Parenthood touts its separate and unequal treatment.

In Massachusetts is one example. Despite shutting down all non-essential businesses and mandating delay of elective medical procedures, the pro-abortion governor of the state—Charles Baker—has exempted abortion businesses.

Planned Parenthood of Massachusetts tweeted that the governor—quote—“rightly made clear that a temporary ban on elective medical procedures DOES NOT apply to abortion.”

The Ohio decision came after the pro-life organization Created Equal pushed state officials to stop business-as-usual in the state’s abortion centers. The organization has set up a website urging other states to follow Ohio’s lead. Created Equal’s Mark Harrington explains:

MARK HARRINGTON: If abortion is a choice, like the abortion industry says it is, then abortion is an elective procedure. Abortionists want to have it both ways. This is a clear double-standard. Abortion centers across the nation are staying open during this national health crisis, risking public health and safety. It’s time for the governors to shut ‘em down.

The American Association of Pro-Life OBGYNS­—or AAPLOG—also issued a statement questioning why abortion centers remain open. Quoting now—“Elective abortions offer zero health benefits to women and do not treat a disease process. The American Association of Prolife OB/GYN’s calls for abortions to be suspended according to the current recommendations pertaining to elective procedures and office visits.” End quote.

Even the pro-abortion Guttmacher Institute—which was created by Planned Parenthood back in the 60s to give it scientific credibility—contradicts the “abortion is essential healthcare” rhetoric. In a study explaining the reasons why women choose abortion, 93 percent were found to be non-medical. Reasons include “Timing is wrong,” “It would interfere with education or career plans,” or “Can’t afford a baby right now.”

In a crisis, a predatory industry further exploits the vulnerable.

We have to remember, panic is always dependence on the wrong source. As Christians, we have a mandate far greater than a temporary lockdown. We have an eternal one that compels us to intervene in another’s crisis, to speak up for those who cannot speak for themselves, for the rights of all who are destitute.

When we fear the circumstances, we fail. When we love those in crisis, we succeed.