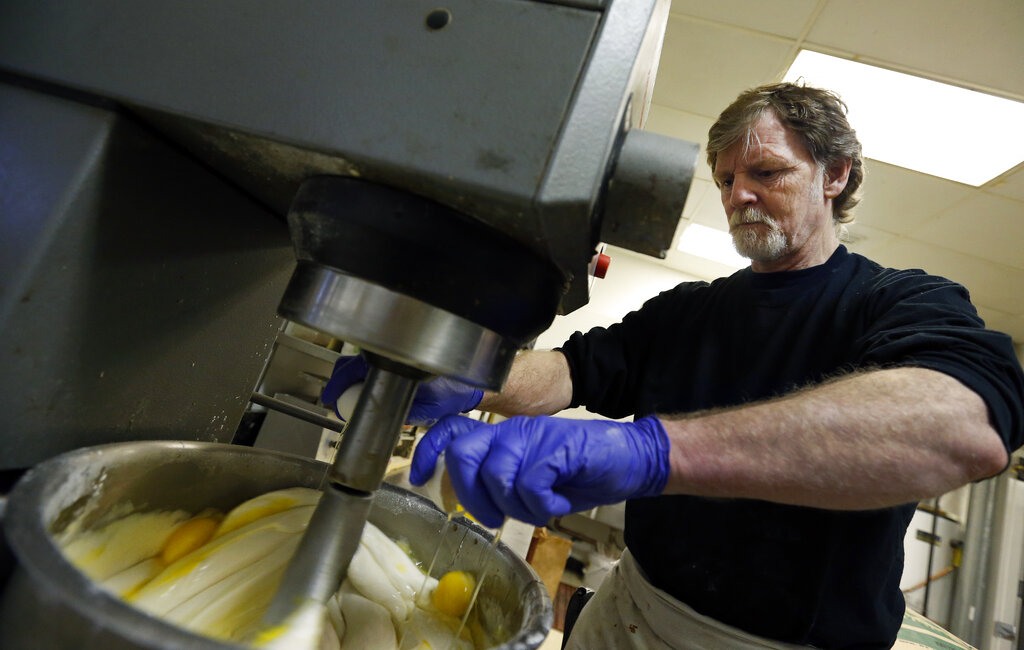 NICK EICHER, HOST: Today is Tuesday, April 28th. Good morning! This is The World and Everything in It from listener-supported WORLD Radio. I’m Nick Eicher.

MARY REICHARD, HOST: And I’m Mary Reichard. Some Christians endure a lot for the rest of us. And the rest of us need to stand with them. Here’s WORLD commentator Ryan Bomberger.

RYAN BOMBERGER, COMMENTATOR: I wish we all were a little more like Jack Phillips. Jack is a gifted cake artist who owns Masterpiece Cakeshop in Colorado. He’s had to endure what most of us will never have to—national persecution, state-sanctioned discrimination, and mainstream media distortions.

Why? Because he doesn’t create messaging that conflicts with his faith. As a creative professional, I don’t either.

Jack won’t make items that celebrate Halloween, divorce, or anything that is unpatriotic. He’ll gladly refer customers to other businesses but chooses not to artistically provide cakes for weddings or other events that are contrary to his religious beliefs.

Colorado’s Civil Rights Commission, which clearly ignored that free speech and religious liberty are actual constitutional rights, relentlessly pursued suing Jack. One of the commission’s members outrageously compared Jack to Nazis and slave owners for not wanting to create a cake for a gay wedding.

On June 4, 2018, the Supreme Court did what it seems to do best: rule on an issue of its own making. When the High Court conjured up a right to gay marriage in the Obergefell v. Hodges case, the majority pretended that these new same-sex marriage “rights” and the First Amendment can co-exist. So Jack’s case was entirely predictable.

Although he won 7-2, the Supreme Court ruled narrowly, citing the commission’s “religious hostility.” That left the door open for subsequent attacks.

Now, Jack is having to defend his name, his faith, his rights, and his very financial livelihood—for the third time. Autumn Scardina, a transgender activist and attorney, is suing him—again—in an effort to shut down Jack’s business. Scardina demanded that Masterpiece Cake Shop create a cake celebrating his perceived transition from male to female.

Funny thing, that First Amendment. You can’t force people to express your viewpoint. Jack, who serves everyone and is one of the kindest souls you will ever meet, declined to create something that violates his beliefs. This one is a belief that hundreds of millions of Christians hold sacred and science proves to be true: we are made male and female.

That reality isn’t stopping Scardina, who also asked for a cake featuring Satan engaged in a sexual act while smoking marijuana.

I stand with Jack. Every American should. When the First Amendment is protected, we all win. His victory is a license to celebrate freedom.

Jack never wanted to be involved in what some deride as a “cultural war.” This battle is so much deeper than that. His courage should be an inspiration to many that you can love those who oppose you, yet firmly decline to create something that diminishes your faith.

The first two rights enumerated in our Constitution are religious liberty and free speech. There is no America without them. Everyone should be free to create according to his or her conscience. And even with this third time of activist harassment and unlawful challenges, there should be a rising remnant who will say: We got your back, Jack!