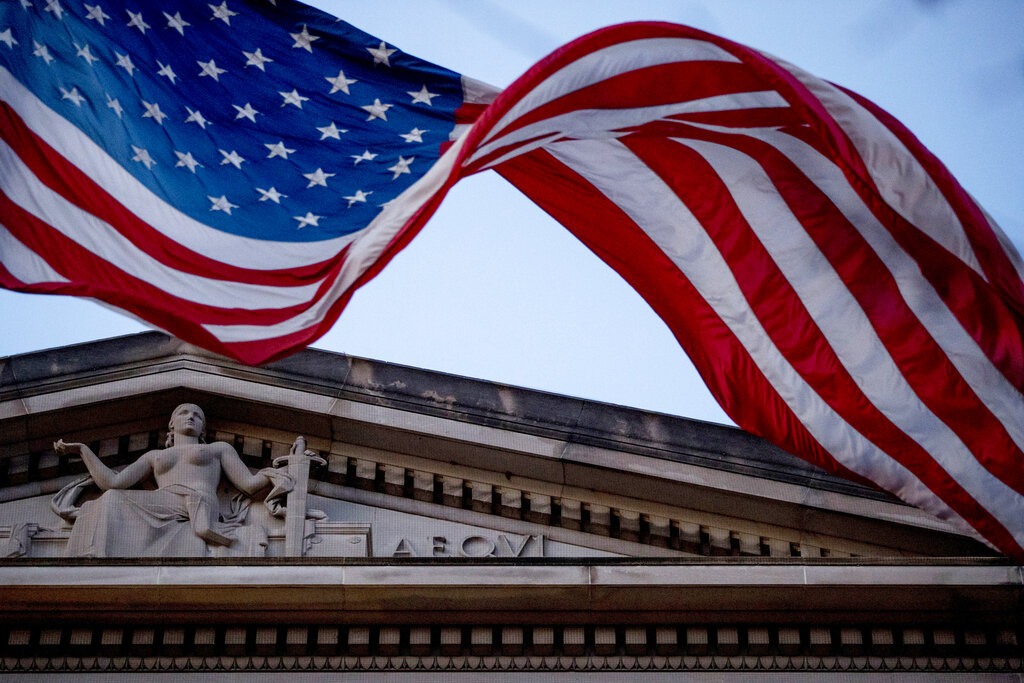 BRIAN BASHAM, HOST: Today is Tuesday, July 28th. Good morning! This is The World and Everything in It from listener-supported WORLD Radio. I’m Brian Basham.

MARY REICHARD, HOST: And I’m Mary Reichard. Commentator Ryan Bomberger now with thoughts on the founding principles of our nation.

RYAN BOMBERGER, COMMENTATOR: America. A nation that spans from sea to shining sea, with the most culturally, economically, religiously and ethnically diverse population on earth—and the most free.

Of course, that depends on who you talk to. Modern reductionist thinking filters every American problem or failure down to one unforgiveable sin: slavery. The New York Times’ exercise in historical fantasy, the 1619 Project, looks at every aspect of American life through the broken prism, or rather, prison of race and the slavery.

Just to clarify, the evil of slavery existed for hundreds of years in Africa before the Transatlantic Slave Trade. Tragically, that beautiful continent still leads the world in slavery today. Sin is endemic regardless of the hue of skin.

Despite all the naysayers and revisionists, America is a nation founded on eternal principles. The Declaration of Independence made a claim that no other nation had declared before: that all men are created equal.

Benjamin Bannaker—former slave, author, mathematician and creator of an annual almanac—praised the Declaration of Independence in a 1791 letter to Thomas Jefferson. Bannaker recalled Jefferson’s denunciation of Britain’s tyranny and how it reduced the colonies to “a State of Servitude.” He called upon the Founding Father to see the same tyranny in America’s own enslaved captives who should share in the same blessings of liberty.

Bannaker called the Declaration of Independence—quote—“This true and invaluable doctrine, which is worthy to be recorded and remembered in all Succeeding ages.” End quote.

Our Constitution is an instrument to ensure those unalienable rights invoked by our first founding document. Frederick Douglass—a former slave, an abolitionist, author, journalist and human rights advocate—initially denounced the law of the land as a pro-slavery document.

But in time came to praise it, saying—quote—“…it is anti-slavery, because it looked to the abolition of slavery rather than to its perpetuity…it showed that the intentions of the framers of the Constitution were good, not bad.” End quote.

The State’s Department’s Commission on Unalienble Rights understands this. The commission’s draft report, released earlier this month, celebrates our Constitution and highlights the crucial nature of religious freedom.

It praises the 1948 Universal Declaration of Human Rights for “faith in fundamental human rights” and “in the dignity and worth of the human person.” The commission contends that many basic rights are in peril and declares: “The broad consensus that once supported the [Universal Declaration’s] principles is more fragile than ever, even as gross violations of human rights and dignity continue apace.”

We see how even the concept of human rights has been weaponized to demonize and deny others their rights. An increasing attack on religious liberty and free speech threatens to deprive many of their most basic human rights.

America models justice unlike any other nation on earth. I’m thankful for champions, like former civil rights leader Robert Woodson, who challenge attempts to write American exceptionalism out of history. His 1776 Unites Campaign is an antidote to the toxic 1619 Project.

As a Christian, my sinful past does not define me. The same goes for our nation. Let’s choose to see our past clearly and move forward together in the pursuit of freedom.

An American flag flies outside the Department of Justice in Washington. (AP Photo/Andrew Harnik)