Vladimir Putin shows no sign of backing down over Ukraine 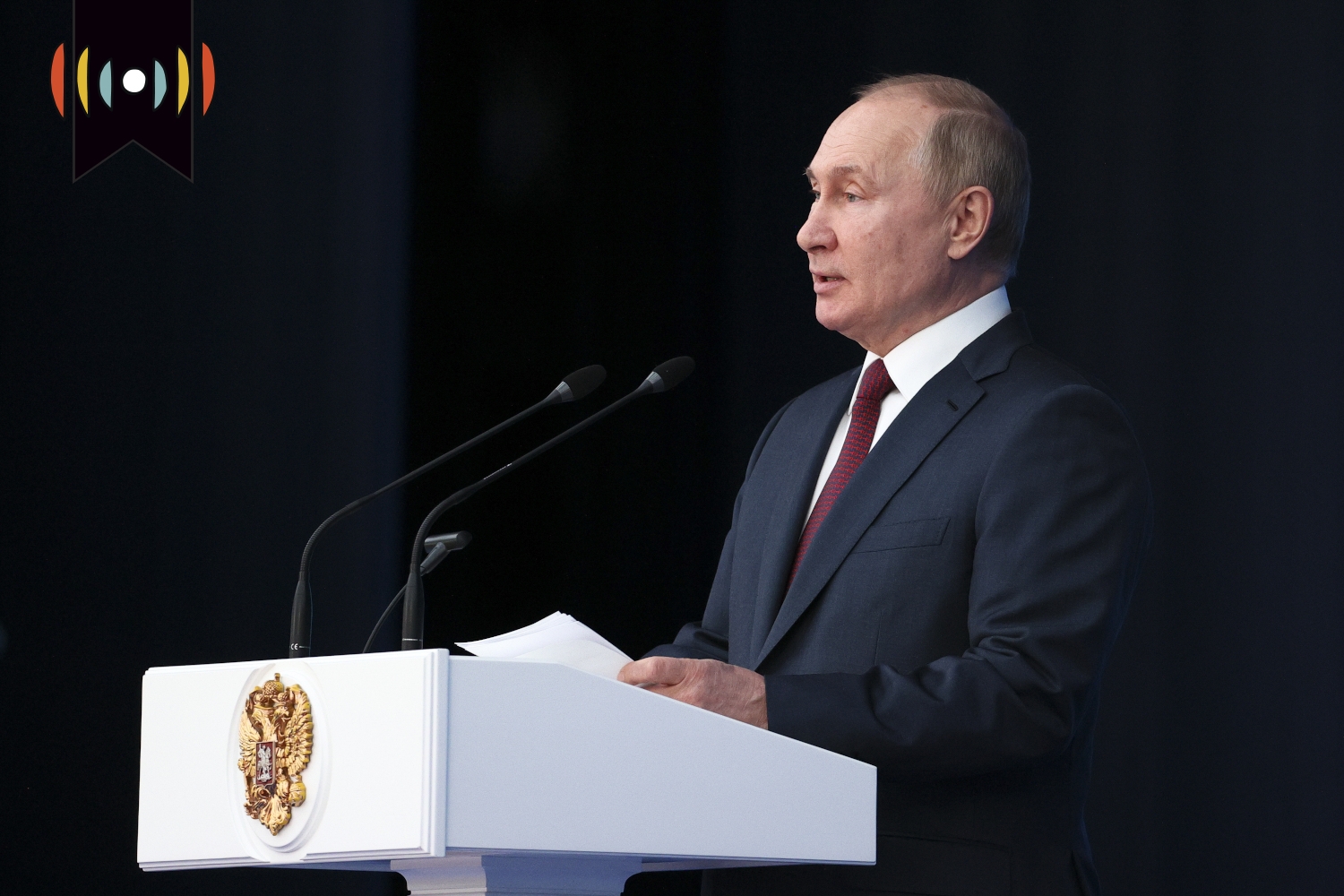 PAUL BUTLER, HOST: Coming up next on The World and Everything in It: fruitless conversations.

Russian leaders met with top U.S. diplomats in Geneva on Monday. Both sides said the aim of those talks was to ease tensions between Moscow and the West. But did they accomplish that?

RYABKOV: My answer would be a flat and plain no. No progress.

And Russia’s talks with NATO leaders in Brussels on Wednesday weren’t any more fruitful.

MYRNA BROWN ,HOST: That came as no surprise to many analysts, who say Russia may be simply using its demands in these talks as a pretext for an invasion.

Among those analysts is Alexis Mrachek. She studies Russia and Eurasia for the Heritage Foundation at the Douglas and Sarah Allison Center for Foreign Policy. Alexis, good morning!

BROWN: Well, we heard the Russian deputy foreign minister say they made “no progress” in talks with U.S. officials on Monday. And again, nothing concrete really came out of NATO talks yesterday either. Was there any point to these talks at all? Could it lead to progress in the near future?

MRACHEK: I think there was at least some point to these talks. It is a clear priority of the Biden administration that diplomacy is at the forefront of Russian foreign policy from the United States’ end. So that was really the primary goal in going into these meetings. But as you stated before, nothing really came out of these meetings, despite the one on Monday lasting about eight hours, and the one on Wednesday lasting about four hours. And so it's hard to know what will happen exactly since no deliverables came out of the meeting. To be honest, I don't have much hope for any significant progress happening in the coming days. It looks like Russia could very well still further invade Ukraine in the coming days or weeks. Russia did not agree to take its troops away from the Ukrainian border, it still was pushing NATO to take back its promise to let Ukraine into the NATO alliance one day.

BROWN: I know you’ve said that Putin’s demands may simply be a pretext for an invasion. Some also speculate Putin could be creating a crisis in order to extract concessions from the West.

Do you think that’s possible? And if so, what do you think he might realistically hope to get out of this?

MRACHEK: I do think that Putin is testing President Biden, especially following the failed Afghanistan pull out last August. Both the U.S. and NATO have said that they will only negotiate with Russia if Russia de-escalates the situation with Ukraine, and withdraws its troops stationed along Ukraine’s border. But the important thing to remember is that the U.S. should not make any concessions to Russia. Especially because Russia is demanding things that really don't make much sense.

BROWN: You said that Putin is testing President Biden. What do you think he might realistically hope to get out of this?

MRACHEK: It looks like the main thing that Putin wants right now is for Ukraine to not get NATO membership in the future. But it's just weird that that desire on Putin's part is coming right now because Ukraine was promised NATO membership 14 years ago at the 2008 NATO Summit in Bucharest, Romania. And so it's kind of weird. It's not like it was recently promised. And so I do think the timing is interesting. Another thing could be that maybe Russia is going to try to take advantage of the U.S. in these diplomacy talks in some way. But it's hard to say exactly what Russia wants right now. I think Putin really only knows what will happen.

BROWN: Mmm hmmm. Is there any chance at all that NATO could cave to his demand of guaranteeing that other ex-Soviet countries won’t be allowed to join NATO? And why or why not?

MRACHEK: I think there's very, very little chance that NATO would give in to Russia's demands that Ukraine not get NATO membership in the future. I mean, just Wednesday in the meeting between NATO and Russia, NATO made clear once again that it has an open door policy for countries that want to join the NATO alliance in the future. And that essentially, Russia does not have a veto on Ukraine's future NATO membership. And so I don't think that the alliance would cave in to Russia, which is fortunate.

BROWN: The Biden administration continues to warn of major consequences to Russia if it invades Ukraine. That does not mean a military conflict with the United States. But what does it mean exactly?

MRACHEK: I think the thing that the Biden administration has said that would most likely happen if Russia were to further invade Ukraine would be strong sanctions on Russia, Russian authoritarians, or Russian cronies who are close to Putin. Sanctions could be implemented. The United States could also provide more weaponry to Ukraine and defense against Russia. And the U.S. also could continue to provide financial military assistance to Ukraine. And so the U.S. has made it clear to Russia that if it further invades Ukraine, there will be significant consequences well beyond what it faced in 2014. So that's important to keep in mind.

BROWN: Is that enough to at least give him pause about the idea of invading? How great of a deterrent is this threat to Putin?

MRACHEK: I think that Putin probably isn't threatened much by it, because the United States has sanctioned Russia in the past few years. And I think Russia very well knows how to evade the sanctions now. And so I personally don't think that sanctions are the best way to go. But it's hard to say what exactly would be the right way to go. I also think that Putin just keeps thinking that Biden looks weak following the Afghanistan pull out. And so I don't think that Russia feels very threatened at this point by the United States or by NATO.

BROWN: Okay, Alexis Mrachek has been our guest today. Alexis, thanks so much!

MRACHEK: Thanks so much for having me.

Was very insightful. I think Alexis' point that only Putin knows what really is going to happen in the relation to the Ukraine is very true. Russia is such a big manipulator that I think that instead of threats of sanctions, new and anti-inflammatory real time consequences should be imposed on Russia. Yet I also understand why Putin would not feel threatened by the POTUS. A man who can undo the work of 20 years overnight is not a man to know how to wisely protect 20 years worth of work that may be needed in the Ukraine.