After meeting in Geneva, Biden and Putin try to tamp down tension 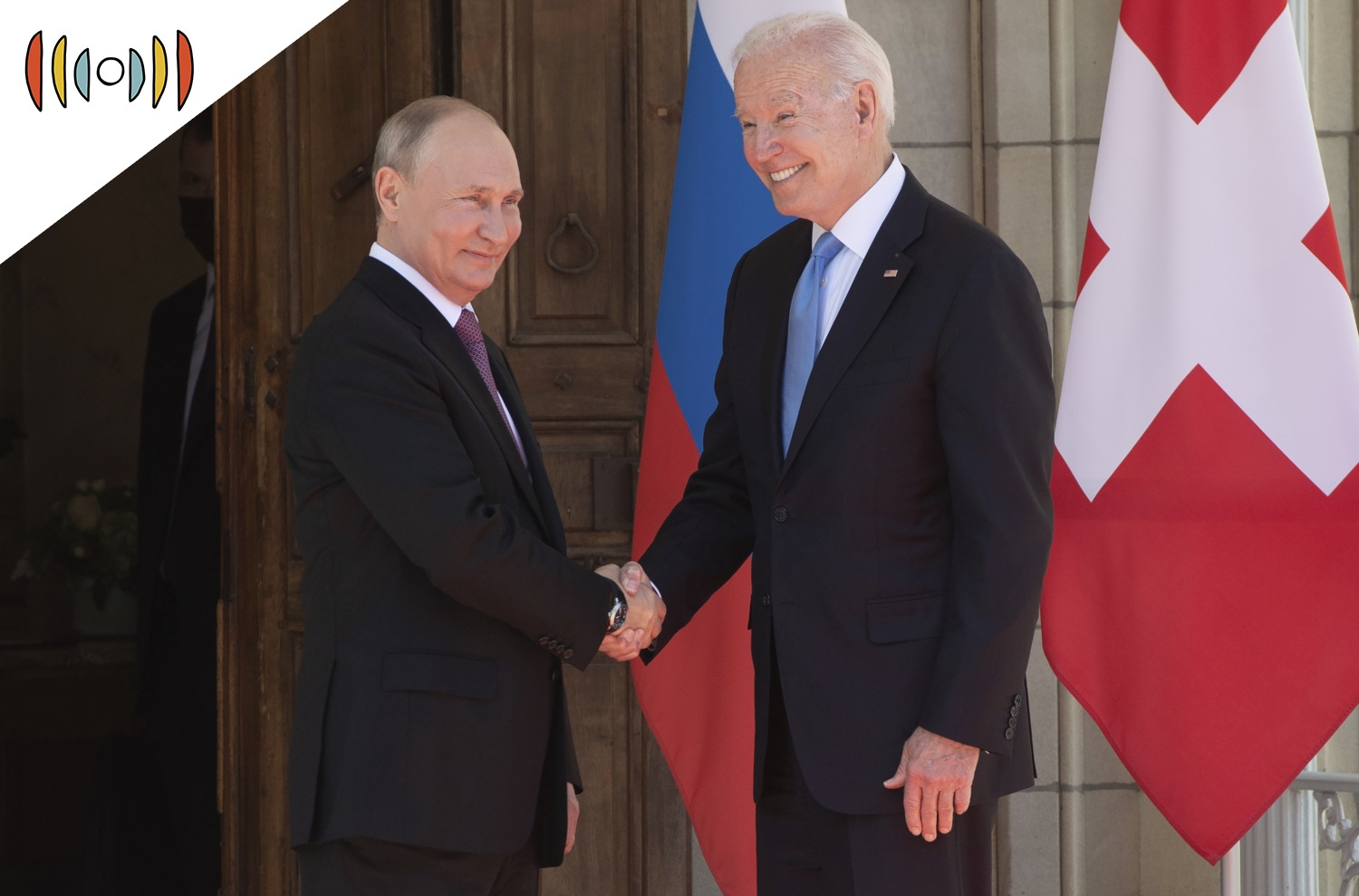 MYRNA BROWN, HOST: Coming up next on The World and Everything in It: meeting with a “worthy adversary.”

The White House was quick to tamp down expectations, calling the president’s objective “realistic.” Biden said he was simply seeking a “predictable and rational” relationship with Moscow in his first face to face meeting with Putin as commander in chief.

But did he achieve that objective?

REICHARD: It sounds really busy in the press room there. Describe what it’s like.

SCHMITT: It is busy. This is a big media tent set up just down the hill from the Villa La Grange, where the summit took place and right on the shores of Lake Geneva.

REICHARD: Just curious as to why Geneva was chosen as the location for this summit between Biden and Putin?

SCHMITT: Yeah, a couple of reasons. First of all, the Swiss take security very seriously. And as much as some of the locals are complaining about the hassles involved in having a large part of the city blocked off, they're pretty used to it. A lot of international organizations are here, the Red Cross began here, and then the United Nations followed and after that there's a lot of organizations that are based here. Switzerland is politically neutral, historically. It's not part of the European Union and so some of the disagreements the EU has with Russia seem just a little further away and that makes it seem like neutral ground. And that's the other reason Geneva was chosen. It's symbolic. Reagan met Gorbachev here in 1985—the last time U.S. and Russian leaders met here. And historians point to that meeting as kind of the first thaw at the end of the Cold War.

REICHARD: Okay, let’s move on now to the summit itself. Biden is no Reagan, and Putin is no Gorbachev.

SCHMITT: That's right, very different era, very different men. And yet eerily relations between Russia and the United States are really at their most strained since the end of the Cold War. Russia recalled its ambassador to the U.S. in March of this year after Biden said in an interview that he did think Putin was a killer. And then in April, Russia suggested that the U.S. Ambassador John Sullivan returned to the United States for consultation. So for a couple months now, there haven't been ambassadors in either nation, and that's made the strained relationship even more so.

REICHARD: Well, Jenny, what came out of this meeting?

SCHMITT: So, at Biden's press conference after the summit, he said that he was very pleased, it was a constructive meeting. And he had said he had come to do three things and that he accomplished them. One, identify areas of mutual interest. Two, communicate directly with Putin. And three, clearly lay out our country's values and concerns.

The topics that Biden said that he spoke to President Putin about, the big ones were cybersecurity. And in President Putin's press conference, he was dismissive at the allegations that those attacks are coming from Russia, but he did say that they had decided and agreed that they would work on those together. In Biden's press conference, he said that he and President Putin had talked about how certain critical infrastructure should be off-limits for both nations, from the energy sector to water. He also said responsible countries need to take action against criminals and he pressed Putin on that and said that if Russia continues to harbor people who are committing criminal cyber activity, that there will be consequences, there will be a response.

The other big topic that kept coming up was human rights. He brought up Alexy Navalny, of course, the opposition leader who's been imprisoned. He also raised the cases of two Americans who've been wrongly imprisoned in Russia. And then he brought up the need for the free press to operate freely .

REICHARD: Jenny, final question. What else did you personally find interesting there?

SCHMITT: Well, so much of these in-person meetings is a lot about posturing and body language, both personally and also as an ensemble. And when the motorcades came by I was down at the media center, and I was able to get out and I saw first Putin's and then Biden's. And something I thought was interesting is just that the size of Biden's motorcade was about twice as big as Putin's. The other thing I thought really interesting was that as the two met and sat down in the library and the photographers were snapping photos, they were both pretty stoney faced. But Putin was just kind of slumped in his chair. And the thought that crossed my mind is the look of a naughty child who knows he's got a scolding coming. And I was not in those meetings. I don't know what happened. But I would say that from the reactions and the press conferences afterwards, I got the impression that Putin was not completely happy with how things had gone and that Biden was. So that's my little takeaway.

REICHARD: Very good. Jenny Lind Schmitt is WORLD’s correspondent in Europe. Jenny, get some rest, and thanks so much!