Rooting for the little guy

Former Arizona Cardinals and St. Louis Rams quarterback Kurt Warner smiles as he walks on the field prior to an NFL football game between the Cardinals and the Los Angeles Rams Monday, Dec. 13, 2021, in Glendale, Ariz. Ralph Freso/Associated Press Photo 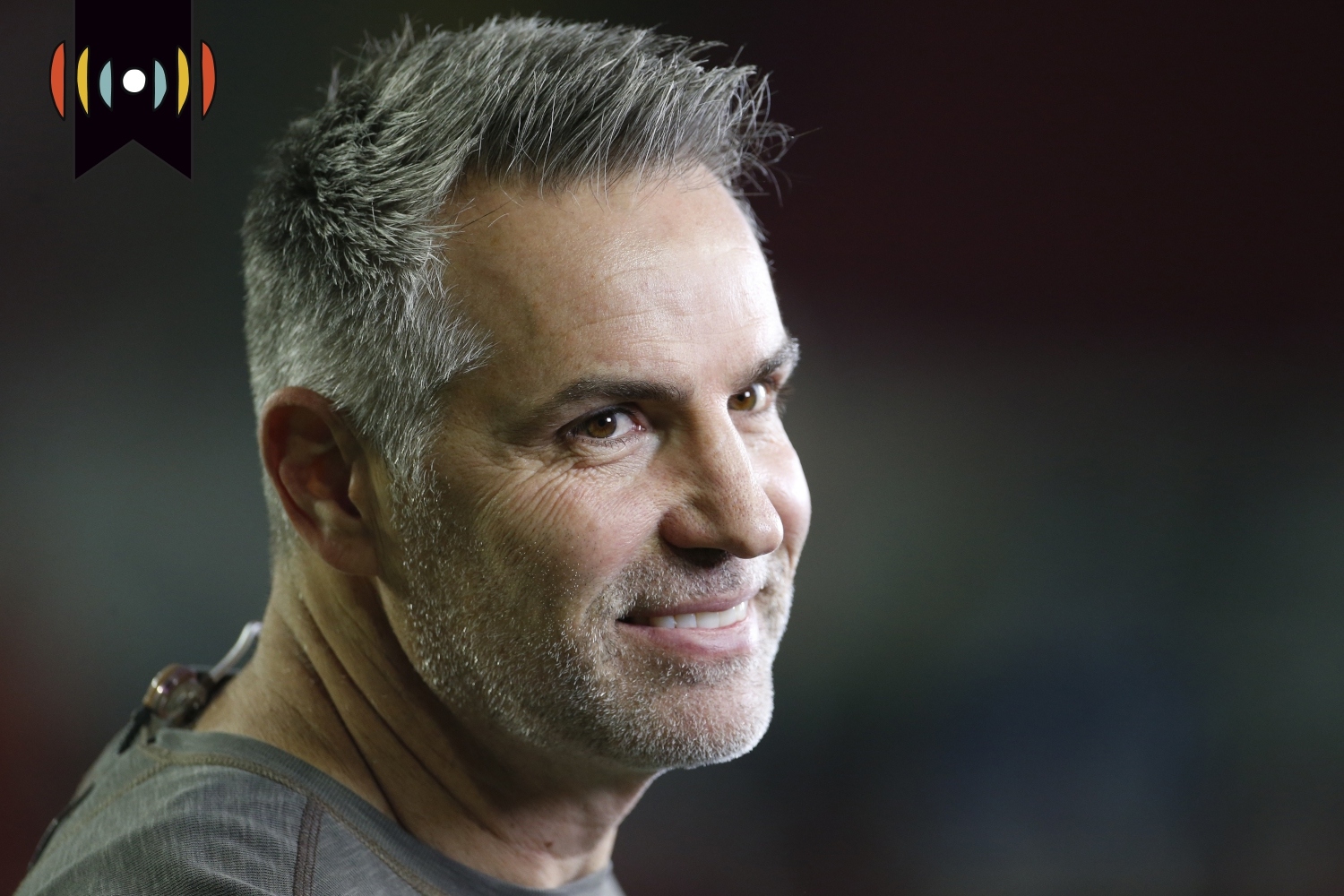 MARY REICHARD, HOST: Today is Thursday, December 23rd. Thank you for turning to WORLD Radio to help start your day.

MYRNA BROWN, HOST: And I’m Myrna Brown. Coming next on The World and Everything in It: a new movie, American Underdog.

It’s unusual for a Christian movie to make it into theaters nationwide, especially on Christmas Day. But some stories hold universal appeal that make everyone want to cheer.

REICHARD: This latest film from the Erwin Brothers showcases a football player who is just as much a hero off the field as on it. And it rightly tells the important role his wife and family played in his success. Here’s reviewer Sharon Dierberger.

Brenda Warner: “You go out there, and you show them what I’ve known all along. You were born for this.”

Announcer: “Green went down hard and he is not getting up.”

Warner: “I will not let you down.”

An against-all-odds athlete success story always inspires audiences—but what makes this film special is most of the movie focuses on Warner’s personal and relational struggles and growth. His eventual embrace of Christianity comes naturally, without cloying, over-emotional scenes, as he begins to realize sports meant everything to him.

Warner: “All my life I’ve defined myself through sports. I’ve always come up empty. Coach, I can win for you.”

Coach: “You need to start thinking about life after football.”

Warner grew up idolizing four-time Super Bowl champion quarterback Joe Montana. All Warner wanted to do was be an NFL quarterback. But no team drafted him after playing at Northern Iowa–starting only as a fifth year senior. Then the Green Bay Packers cut him at training camp. Warner, played by Zachary Levi, winds up at the local Hy-Vee supermarket stocking shelves. Ironically, those shelves include boxes of Wheaties plastered with a photo of Dolphins quarterback Dan Marino.

While in college, Warner meets and later marries Brenda, played by Anna Paquin. She’s a single, divorced mom with two children. Her unfaithful husband left after he dropped their son, causing a traumatic brain injury and irreversible blindness. The warmest spots of this movie are scenes between Warner and Brenda’s son, Zack, played by Hayden Zaller, who is also blind.

Brenda has her own compelling story, telling Warner she’s a work in progress. It’s her strong faith in God—her relationship with him, she explains—that helps Warner see he’s made his own dreams paramount to God’s will. But they both want the best for the other.

Warner: “I promised that I would take care of you and the kids, so that’s exactly what I’m gonna do.

Never losing his desire to quarterback, Warner grudgingly agrees to play Arena Football with the Iowa Barnstormers. (By the way, the movie doesn’t refer to his time playing football over in Europe.) Arena football is a whole different kind of play—a bit like a circus, on a smaller field. But Warner learns valuable skills that eventually gain attention from the St. Louis Rams. The team signs him, but offensive coordinator Mike Martz has his doubts. And yet, at a critical juncture, he’s the one to step in to encourage Warner.

Martz: You know why I was so hard on you? Why I put all that pressure on you? I had to know that you were ready. I had to be sure. And guess what. You are. I never would have put you on that field if I didn’t fully believe you were a champion. Now, you get back out there and you get this job done. Let’s go. Let’s get after it.

How Warner gets his big break at the expense of the injured starting quarterback, is only part of his spiral to success. Dennis Quaid plays head coach Dick Vermeil, who also made a comeback after 14 years out of coaching.

Vermeil: When I did come back they said I was a re-tread, has-been, too old. (laughs) game had passed me by—all that stuff. All that same stuff that they’re gonna say about you. What they didn’t know was that all that experience that I had in those years, made me who I am. Made me ready for this moment. Gave me something others didn’t have. And I see that in you, Kurt.

Then Vermeil tells him: “There’s something special about you son, and I can’t wait to find out what it is.”

The movie includes some great game footage of the real Warner spliced in well with the actors’ grid iron action. But the film drops the ball in one way worth mentioning. Levi plays a believable Warner, replete with athletic build and a decent forward pass, but at 41 he looks way too old to play Warner in the college scenes.

Even though we know how the movie ends, it’s still an inspiration to watch it unfold. Especially the parts off the field that aren’t as familiar. The Erwin Brothers do a really good job telling a true sports story that elevates faith, marriage, family, and overcoming the odds. That in itself is worth an MVP award.