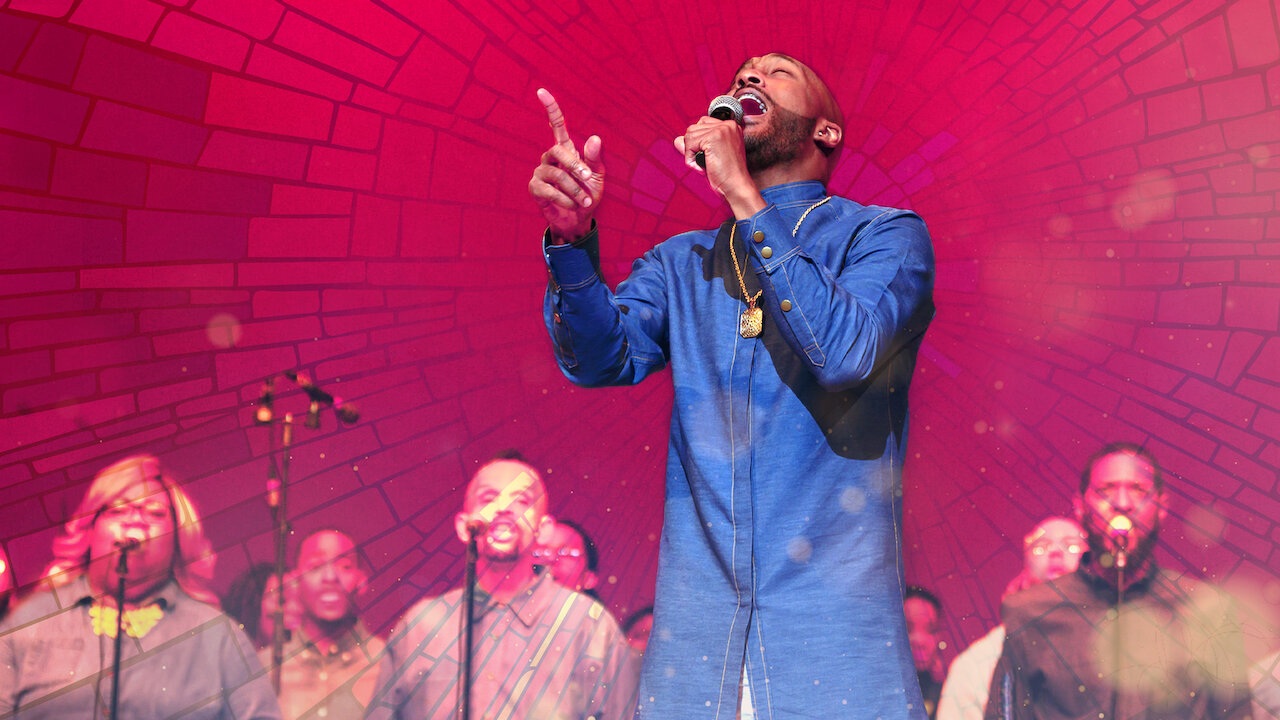 You’re listening to WORLD Radio. Thanks for coming along with us today.

MARY REICHARD, HOST: And I’m Mary Reichard. Coming next on The World and Everything in It: a musical reality show trying to make a heavenly noise.

SARAH SCHWEINSBERG, REVIEWER: At some point, almost every major network has created its own spin on a reality singing competition. ABC has American Idol. NBC has The Voice. And on Fox, The Masked Singer.

That’s what Bishop Ezekiel Williams and his panel of judges set out to do in Voices of Fire. Note the plural. Williams is trying to create a great gospel choir. And he wants it to be filled with faces of every color and age.

CLIP: Music transcends racial divide, cultural boundaries. You also have individuals who would not sit down and listen to me preach a sermon but they will listen to gospel music and then they will hear the same message being delivered through music that they would not listen to if I just had a conversation with them.

Williams is supported in his efforts by his nephew, Grammy-award winning singer, Pharrell Williams, who produced the show. And while Netflix has used Pharrell’s name to market Voices of Fire, he only makes two appearances in all six episodes.

Other than that, the series is, refreshingly, celebrity free. Besides Pharrell’s relatively brief appearances, there are no star-studded judges. Instead, Williams relies on other local Norfolk, Virginia, gospel singers and musicians to help create the choir.

Singers also don’t audition in a Hollywood studio with an audience. The competition spends almost all of its time in a church. Vocalists sing on the church sanctuary stage to judges sitting in pews.

And those who audition largely don’t sing rock’n roll, R&B, or pop hits. Instead, most sing soulful, gospel hymns. It’s moving—and almost shocking—to hear “Blessed assurance, Jesus is mine,” “ I need thee, oh I need thee,” … or watching one singer belt out “Jesus Loves Me,” with tears streaming down her face.

CLIP: [Contestant singing Jesus Loves Me] Give me a second [resumes singing]. What moves you to tears? Those three words.

The competition’s setting brings an authenticity and, for church-goers, a hominess to the competition. And for those who haven’t stepped foot in a church building, Voices of Fire does an excellent job presenting the church for what it is. A place where people of every kind and of every mistake have a home together in Christ.

Another departure from the norm? There’s no big prize for the contestants. No hope of future fame, a record deal, or prize money. There’s just the joy of exercising their gifts and helping people experience the healing power of music. The series dives into many of the contestant’s stories and how music has helped them overcome.

CLIP: Tell me a little bit about your story. Well my story is I was only born with one ear which means I only have 50 percent of my hearing and that’s been really tough throughout my childhood.

Voices of Fire will remind audiences that some of the greatest singers of all-time got their start in church choirs. Legends like Aretha Franklin, Tina Turner, and Gladys Knight.

Voices of Fire judge and choir director Patrick Riddick says people don’t realize that in many ways, it’s more difficult to sing in a choir than as a soloist. Riddick says many of today’s top vocalists have never been in a choir, and it shows.

RIDDICK: Because when you’re a soloist, you’re just worried about yourself, but now I have to take my voice, my individuality, you have to try to make it work with another person. So it’s the teamwork.

Riddick and the other judges hope the competition will inspire more churches to pull out the robes and the hymnals and bring back their choirs.

RIDDICK: It’s where lead singers, that’s where they’re able to really polish up their act. It’s also where they learn to harmonize. And when you don’t have a choir, you lose that aspect. And not only that, you lose the corporate aspect of worship in church in general, just the coming together to unify.

Although the show is about creating a choir, we don’t actually hear the choir very much. The majority of the competition involves listening to the individuals who make up the choir singing alone rather than hearing all of them come together. And that’s a shame. It would have been fun to see and hear more of the process of making all of those individuals sing as one.

Still, Voices of Fire brings real music competition meat to the table in time for a long Thanksgiving weekend. And it points people to the One who has and will make room for each one of us in His choir.