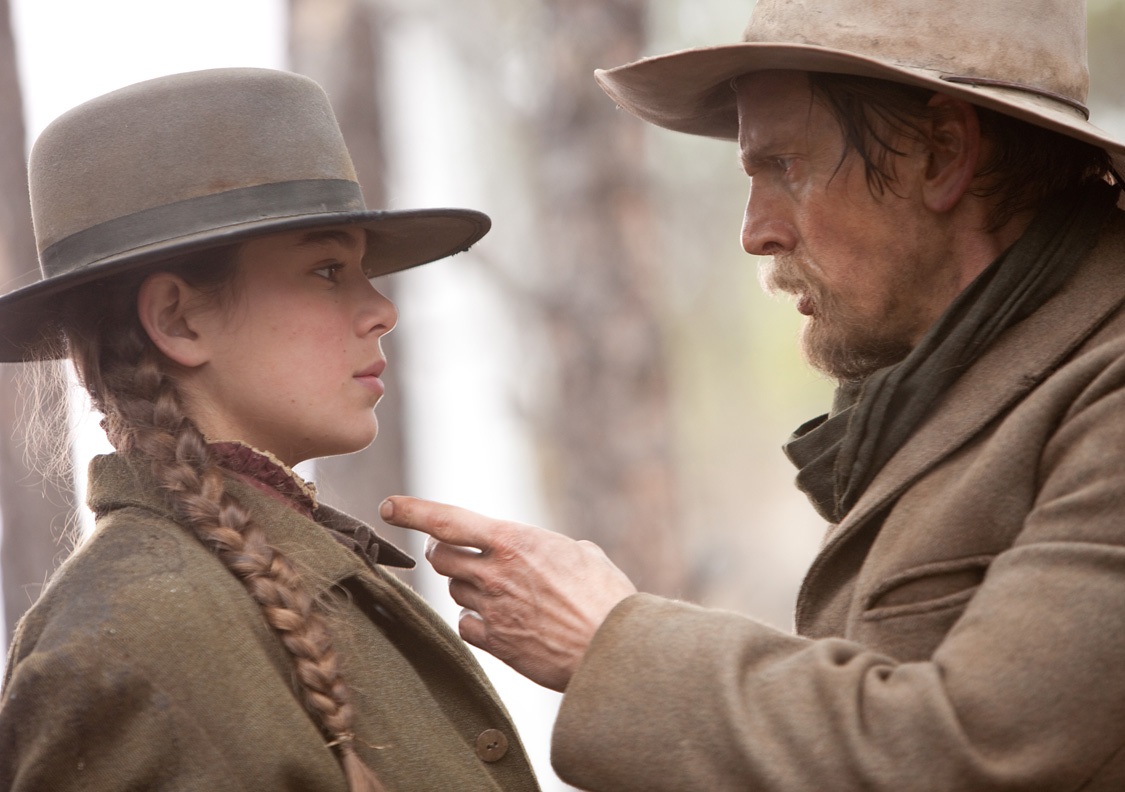 MYRNA BROWN, HOST: And I’m Myrna Brown. Coming next on The World and Everything in It: Megan Basham recommends a 2010 Western remake that’s available to stream right now on Hulu or Amazon Prime.

MEGAN BASHAM, FILM CRITIC: Few Western purists probably would have guessed it beforehand, but it turned out brothers Joel and Ethan Coen were the perfect filmmakers to adapt one of the most beloved cowboy stories of all time: True Grit.

Up to that point, the writing/directing team was famed for darkly ironic humor and eccentric characters. With movies like The Big Lebowski and O Brother Where Art Thou, they built their brand on smart but subversive storytelling. Yet because their movies are often peopled with idiots who wreak violence in pursuit of the most petty and pathetic ambitions, the brothers have also been accused of being misanthropes.

Their best films, however, like Fargo and No Country for Old Men, soften this tendency. In the midst of an Ecclesiastical parade of vanities, they also showcase humanity’s nobler instincts. Such is the case with True Grit.

When 14-year-old Mattie Ross arrives in Fort Smith, Arkansas, she’s looking for a man to go after the outlaw who murdered her father.

CLIP: Could I hire a marshal to pursue Tom Chaney? You have a lot of experience with bounty hunters, do you? That is a silly question. I’m here to settle my father’s affairs. All alone? I am the person for it. Mama was never any good at sums and she could hardly spell cat. I intend to see Papa’s killer hanged.

Single-minded and intelligent—though not necessarily wise—beyond her years, Mattie refuses to be swayed from the path of vengeance. It doesn’t take her long to wear down the objections of the meanest, orneriest marshal she can find: One-eyed Reuben “Rooster” Cogburn. Drunk, disorderly, and possibly homicidal, Rooster can’t shake the solemn-faced, Scripture-quoting girl.

CLIP: Rooster Cogburn? What is it? I’d like to talk to you a minute. What is it? They tell me you’re a man with true grit. What do you want, girl? Speak up, it’s suppertime. I’m looking for the man who shot and killed my father, Frank Ross, in front of the Monarch Boarding House. The man’s name is Tom Chaney. They say he’s over in Indian territory and I need someone to go after him.

Rooster soon finds his hunt joined by a foppish Texas Ranger, played by Matt Damon, who’s a better braggart than he is a marksman.

In typical Coen fashion, the movie mines plenty of humor from Mattie and her confederacy of dunces.

CLIP: While I sat there watching you, I gave some thought to stealing a kiss though you are very young and sick and unattractive to boot. But now I have a mind to give you five or six good licks with my belt. One would be as unpleasant as the other.

Different as they are, each member of the trio possesses some measure of the grit from the film’s title. And as they get to know each other on the trail, their presumptions about one another fall away.

If Jeff Bridges was at all daunted to step into the shoes that won John Wayne his first and only Oscar, he never shows it. His Rooster is at once pitiable, menacing, buffoonish, and steely. Damon is equally good as a dandy whose fringed rodeo costumes mask hidden depths.

But the real story on the acting front is Hailey Steinfeld. Without a young actress who can make us believe that a 14-year-old girl would care that much about avenging her father’s death, True Grit would fall flat. Steinfeld delivers on every front. She brilliantly develops Mattie’s growing conflict between her desire for justice and the realities of violence.

CLIP: I just spent last night at the undertakers in the company of three corpses. I felt like Ezekiel in the valley of dry bones.

The Coens explore the cost of vengeance and underline it with an opening quote from Proverbs and a sweeping score of traditional hymns.

MUSIC: [A few bars of Leaning on the Everlasting Arms]

In a stark departure from modern-day convention, the movie doesn’t suggest that seeing and experiencing brutality in pursuit of her father’s killer is necessarily a negative thing for Mattie. It may make her grow into a harder woman, maybe even a lonelier woman. But it may also make her a more clear-eyed woman. The movie itself is far too clear-eyed to offer soft sentimentality one way or the other.

CLIP: You must pay for everything in this world, one way and another. There is nothing free except the grace of God.

The only major misstep the Coens make is when they indulge their trademark penchant for comic gore. There’s no question that doing a Western right is going to require some shootin’. But a couple brief scenes, like when a character’s fingers are lopped off, go beyond that, and earn the movie a PG-13 rating.

Without these, True Grit is a masterpiece that should win over the most dedicated Duke die-hards. And it has the potential to introduce a new generation of older boys (and girls) to the stern justice of the Wild West.