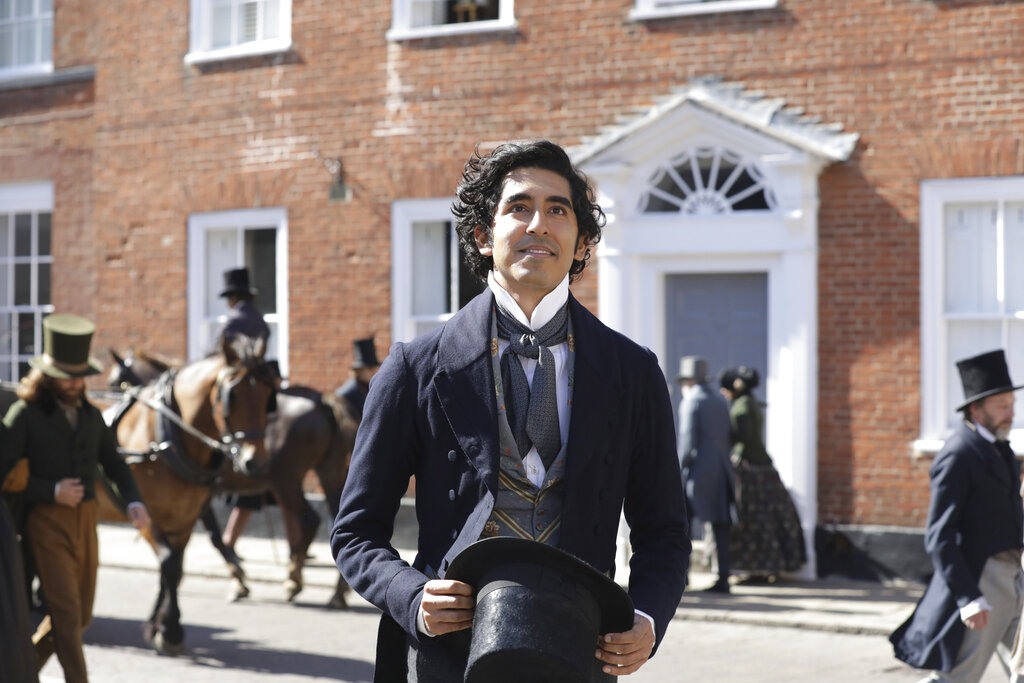 NICK EICHER, HOST: And I’m Nick Eicher. Coming next on The World and Everything in It: A new film adaptation of a classic Charles Dickens novel.

MEGAN BASHAM, FILM CRITIC: Whether David Copperfield shall turn out to be the hero of his new film, or whether that station will be held by anybody else, this review must show. And, in truth, while Dickens’ tale is still up to entertaining crowds, his erstwhile orphan is more confectioner than hero here. He stands mostly off to the side, casting whimsical Victorian visions. But he seems a little disengaged from events himself.

CLIP: London is full of more wonders and wickedness than all the cities of the earth. And it’s ours, David, to go wherever we choose. Oh no, not down there. Creditors make that road impassable. Two tailors and a most unreasonable muffin man.

In many ways director Armando Iannucci’s The Personal History of David Copperfield bears a striking resemblance to the charming 2017 Dan Stevens movie, The Man Who Invented Christmas. That, too, was a story about the creative writing process. It showed us how A Christmas Carol came to be assembled in Dickens’ imagination based on events in his youth.

Something similar happens here. The difference is A Christmas Carol is 31,000 words. David Copperfield the novel runs more than 10 times that. So while the holiday classic is just the right length for reimagining while still having time to hit the high notes, whittling Dickens’ magnum opus down to a mere two hours means choosing a thin slice out of a very large pie. The wedge Iannucci serves up is the tartest and, in some ways, least representative of the whole.

Essentially, he recasts Copperfield as a farce.

CLIP: Your stepfather informs me that your mama is ill. How ill is she? Tell them. Jane. Jane. Tell me, please. I won’t deceive you, very ill. Very ill. Dangerously ill. She’s dead.

We have the winsome family by the sea, the Peggottys. The artful debt dodger, Mr. Micawber, played Dr. Who’s Peter Capaldi. Donkey-foiling aunt, Miss Trotwood played by Tilda Swinton. And her sidekick, the kite-flying Mr. Dick: Hugh Laurie giving us a much warmer, fuzzier performance than mean Dr. House.

CLIP: Delighted to meet you. Delighted, thank you. Can you just confirm something? Yes. My head, am I right that my head is connected to my body? Well let me have a look. Yes, I can confirm without any doubt that it is. That’s good to hear. Would you like to see my kite? Ooh, yes please.

Iannucci draws them all as outlandishly as cartoons.

In the novel, the humor comes from wincing at relatable shortcomings as much as guffawing at parodies and pratfalls. Even today, I can hardly hand over my debit card at the Nordstrom annual sale without ruefully reflecting on that sage wisdom Micawber always failed to follow: “Annual income twenty pounds, annual expenditure nineteen nineteen and six, result happiness. Annual income twenty  pounds,  annual  expenditure  twenty pounds ought and six, result misery.”

The same goes for Mr. Wickfield’s alcoholism and Dora’s immaturity. Iannucci plays them solely for laughs, never for the tragedy we see in the source material.

CLIP: Aha, Mr. Wickfield, Agnes, how very nice to see you. Are you well? That was quite the journey. Was it? Is it too early for sherry? A little early.

We don’t yearn to see David come to his senses and finally recognize that Agnes would be a wife worth more than rubies because we never fully appreciate what counterfeit glitter Dora offers.

CLIP: You were staring slightly. Is there something wrong with me? No, goodness me. I apologize for my rudeness. He’s apologizing Jip, should we forgive him? He says we shall. Thank you, Jip. Think nothing of it sir. He speaks very well. It was actually me. I like to pretend he speaks. Some people think it idiotic.

The most  redemptive arc of the novel—the fall and recovery of Little Em’ly—is present in broad strokes. But there simply isn’t time to touch on deep, Biblical themes Dickens included in the book that brought to mind Hosea pursuing his wayward wife or the prodigal’s father abandoning honor to run to his son. That would require an entire film to itself, one I’ve often longed to see.

The upside to a lighter, more candy-colored Copperfield is it’s short, sweet, and PG enough to please all but the youngest ages.

Even the villains are more amusing than threatening. Ben Whishaw’s sniveling, ’umble Uriah Heep has all the menace of a Roald Dahl illustration.

CLIP: I’m thrilled to make your acquaintance Master Copperfield. Uriah can you bring that to the dormitory please? I’m in deep humility. And with that Uriah Heep rubbed himself out of the room.

So there’s not much here that will cause nightmares or spark questions parents may not be ready to answer. While Dickens purists might wish there were a little more salt to balance out the sugar, this Copperfield is still a treat.