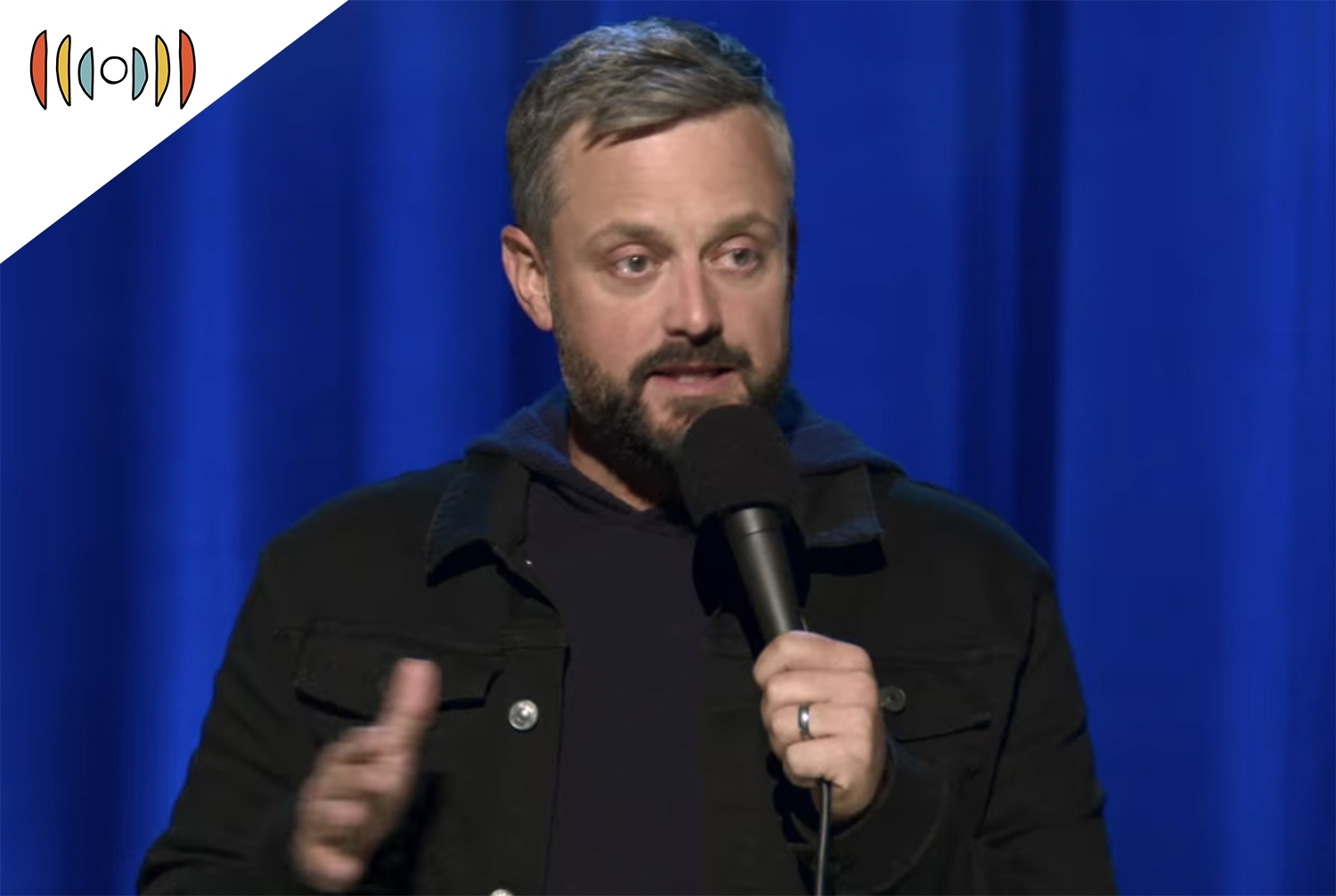 Coming next on The World and Everything in It: something to make you laugh this weekend.

Who couldn’t use that?!

EICHER: Right? Well, if you’ve listened to the program for a while, you know Megan Basham has a special affection for clean comedians who compete in the mainstream arena. This week, she recommends a new special by one of her favorites: the Tennessee Kid, also known as Nate Bargatze.

MEGAN BASHAM, REVIEWER: One of the most refreshing things about Nate Bargatze’s brand of comedy is that he’s not just family friendly. He avoids taking aim at any tribe.

His latest set, The Greatest Average American, just debuted on Netflix. And as you might expect, it’s heavily focused on the pandemic and events of 2020.

BARGATZE: I mean, let me tell ya. 2020 has been my favorite year. They said there’s been UFOs and no one cares [LAUGHTER].

But there’s not a politicized joke in the bunch. And that’s on purpose. In a recent interview, he told the Daily Beast, “Politics has overwhelmed every facet of entertainment. So I like being an outlet you can trust you’re not going to get lectured.”

And there are certainly no lectures, just laughs when he talks about the various Covid camps.

BARGATZE: You want to be in the middle I think. I’ve got friends that take a shower with their mask on. They sleep with the mask on because they have a hamster and the hamster probably has it. They live alone. It’s just them and the hamster. And I also have friends that I don’t think have even heard about Covid. It looks like someone told them to try to go get it. That’s how they’re living [LAUGHTER].

And of course there are all the ways the coronavirus has changed our public behavior.

BARGATZE: I can tell you one thing that’s gone forever. Coughing in public. That’s a wrap. You drink water wrong at a restaurant, just go walk in traffic [LAUGHTER].

Most of us have seen movies and TV as a means of escape from the lockdown reality of the last year. But Bargatze offers a strong argument that leaning into our shared experience is cathartic. We may not all have tried to perform stand-up over Zoom, but we’ve all experienced some form of video-conference fail.

Now, that said, some bits don’t feel as sharp or developed as his past specials. But then, like so many other entertainment professionals, comedians haven’t had the opportunity to hone new work in front of live audiences the way they usually do. So a few of the seams show here. But there are still plenty of laugh-out-loud moments, particularly when he turns to the subjects of marriage and family.

True to form, there’s no profanity, no sexual material. And the one joke that glancingly references gay marriage does so only to highlight innate gender differences in traditional marriage. He then quickly turns back to the ways men and women tend to fulfill separate roles.

BARGATZE: I would rather you ask a lady that doesn’t know her. I think she could get to the bottom of it quicker than I can. I had to go get her. I go, alright, I’ll come get her. Tell me the name of the school and I’ll come get her [LAUGHTER].

But don’t think that avoiding racy or snarky jokes equals bland or corny. Far from it. Bargatze just avoids falling back on the cheapest tricks in the playbook—confusing crudeness or derision with comedy. I hope the Bashams weren’t the only ones cracking up at the familiarity of a fight he and his wife had about the meaning of the phrase “one fell swoop.”

BARGATZE: I just go, that’s not what “one fell swoop” means. And instead of possibly just being wrong, she goes “I know what one fell swoop means.” “I go, yeah? It doesn’t sound like you do, alright. And we have the same last name. I can’t have you out there in one fell swoop conversation. What do you think two birds one stone means? Let’s just go through them all. I don’t know if you know any of these” [LAUGHTER].

We know the Proverb about sharing a house with a contentious woman, but Bargatze illustrates the pitfalls of being a contentious man.

BARGATZE: So I laid there, just thinking about it. You think about it a lot. Cause you learn the longer you’ve been married, sometimes it’s like, let stuff go. You know? Who cares? And the next morning I still kind of wanted to talk about it because we didn’t talk all night, you know? So I went in to her, and I was look, it’s just not what it means, you know? That got it going real good [LAUGHTER].

Whether it’s dealing with the stress of life under Covid or marital strife, we laugh at what we recognize. And that process of taking ourselves less seriously is what creates the best medicine. Bargatze’s new pandemic special is just what the doctor ordered.