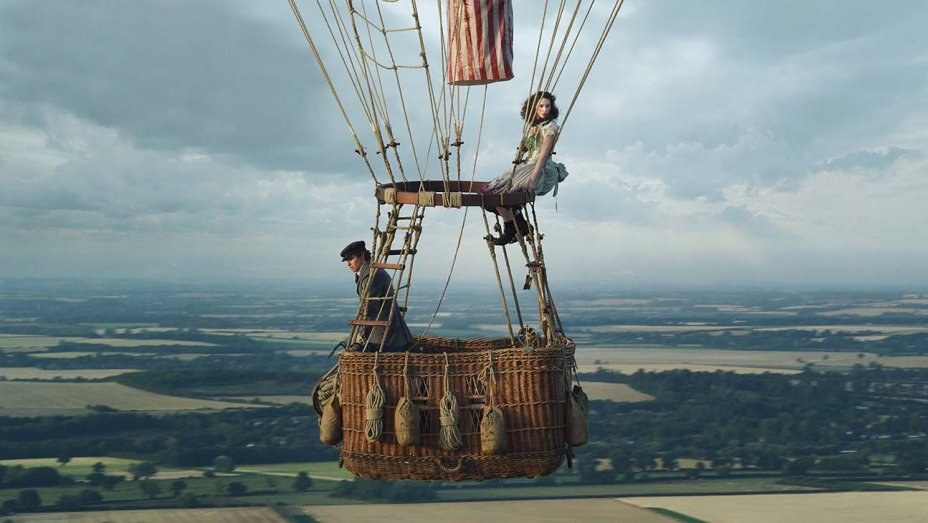 NICK EICHER, HOST: Today is Friday, January 3rd. You’re listening to The World and Everything in It and we are very glad you are!   Good morning. I’m Nick Eicher.

Now, if you’re a parent of school-aged children and anything like me, you’re just coming out of a Christmas season of too many sweet treats and too much syrupy family entertainment. You want something bracing and intellectual to wake up those sugar-shocked brains before sending them off for a new semester. Amazon’s original movie, The Aeronauts, offers pleasing-enough family viewing that most ages can enjoy.

It traces the true-ish story of how two Victorians nearly lost their lives breaking the French altitude record. And how they did it in a basket dangling under an inflated cloth bag at a height that jets typically soar at today.

CLIP: 23,900 feet. We’re rising even more quickly now. Did you know? Could you tell? It’s because the air is thinner. She’s expanding. We should think of slowing. The air is aiding our ascent. Isn’t that outstanding!

Royal Society astronomer James Glaisher, played by Eddie Redmayne, isn’t particularly interested in indulging in the latest 19th century craze—taking an aerial pleasure cruise. Armed with gauges and instruments of his own design, he’s set his sights on the wild blue yonder in the cause of science. The problem is no reputable male balloon pilot is willing to take him as high as he needs to go for his measurements. So he turns to renowned female aeronaut Amelia Wren, played by Felicity Jones.

CLIP: Thank you for the dance. I didn’t realize that appearances were so important to you and I’m sorry that they don’t live up to this society standard. I don’t care about your shoes, I care that you’re lying to me. It’ll be your balloon. All I ask is that I be given the freedom to undertake my experiments. I am not a coachman for hire. Good because I’m looking for a fellow scientist. To understand the weather Miss Wren is to understand how to make ships and sailors safer, farms more productive so we can prepare ourselves and world for floods, droughts, famines. We could save thousands of lives. I want to rewrite the rules of the air, Miss Wren. And I need your help. So will you help me?

This brings up the weakest point in an otherwise fine voyage. While James Glaisher was a very real person, Amelia Wren was not.

Aeronautics was considered enough of a theatrical pseudoscience that it offered a haven to 19th century women of an adventurous nature. Screenwriter Jack Thorne says these are the historical figures that inspired him to create Amelia.

Unfortunately, too often when filmmakers talk about “composite” characters, it plays out on the screen as “generic characters.” That’s the case here. A quick Google search brings up a host of fascinating tidbits about the real women and their varied approaches to their field. You can see magpie bits turn up in Amelia, but they don’t hang together to create a uniquely compelling individual. Worse, Amelia deprives viewers of some golden opportunities to discover some truly fascinating background on the birth of modern weather science.

CLIP: Gentlemen, gentlemen! We know more now about this world around us than at any moment in our history. And yet still we are limited by our ignorance as to what is truly above us. Now with the progress that we have made in balloon ascent here at the Society, pioneered by Charles Green, we could advance meteorology by decades. Analysis of the Earth’s magnetic field, the solar spectrum, knowledge of the dew point, understanding of oxygenation of the atmosphere—He wants my balloon! No sir, I ask for funding for my own expedition into the skies. By gathering enough data I believe that we will be able to uncover patterns and correlations that…Sir, we are scientists not fortune-tellers.  You are talking about weather prediction.

Glaisher’s achievement that clear blue day in 1862 helped develop meteorological tools still in use today. Likeable as Jones’ performance is, why did Glaisher’s actual pilot—a dashing figure named Henry Coxwell—need to be supplanted by a fictional jill-of-all-trades?

Why pass over a terrific tale of two death-defying brothers-in-arms in favor of the same old free-spirited-lady-teaches-stodgy-man-how-to-embrace-life trope? I’m not sure women needed greater representation in the story. But if they did, why couldn’t Thorne have invented scenes that highlighted the real women who actually were inspirations to Coxwell? Famed balloonist Margaret Graham would have been a great addition.

The Aeronauts is not only unfair to write Coxwell out of history but also to paint a rather inaccurate portrait of Glaisher. This was a man known to wax poetic about the sky as a “boundless sea of inquiry.” To describe a common road as seen from the air as a “line of brilliant fire.” He shouldn’t be reduced to a Sheldon Cooper cold fish.

CLIP: Mr. Glaisher, you are airborne for the first time in your life. I suggest you spend less time frowning at me and more taking in this beautiful world we just left. Quite something, isn’t she, London?

But I don’t want to come off too negative. It is a shame that Thorne fails to follow Glaisher and Coxwell’s example of defying convention. Still, The Aeronauts does a good job working within the stereotypes.

The dare-devilry dazzles. The scenery staggers. And the science inspires. For children in that 8 to 12 range who are just beginning to appreciate thrilling tales that don’t star animated characters, The Aeronauts is a clear winner.

It’s rated PG-13 for realistic peril alone. And what it lacks in original storytelling, it makes up for in exuberance. Not just over what an incredible world God has created for us to explore, but the joy in applying our minds to its mysterious workings.