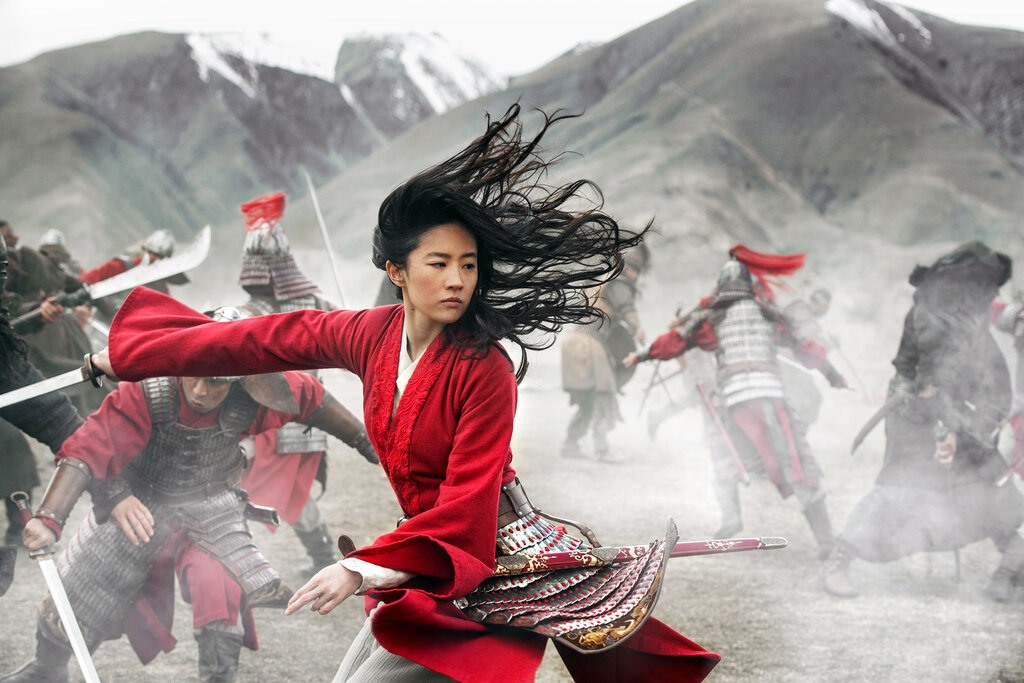 NICK EICHER, HOST: And I’m Nick Eicher. Now, some of you may have already decided along with John Stonestreet that your family isn’t going to watch Mulan. Others may still want more information.

Megan Basham has a review that may help you decide for yourself.

MEGAN BASHAM, REVIEWER: It would be impossible to adapt the ancient folk tale of Hua Mulan without a requisite amount of girl power. But Disney’s stunning live-action retelling of the story of a woman who disguises herself as a man to fight for king and country avoids making it a modern feminist allegory.

Unlike in the 1998 animated version, Mulan joins the army not only to spare her father, but because she has certain extraordinary martial gifts.

CLIP: Your chi is strong Mulan. But chi is for warriors not daughters. Soon, you’ll be a young woman and it is time for you to hide your gift away. To silence its voice. I say this to protect you. That is my job.

These gifts are more balletic than brute in nature. And the superpower spirit of them suggests they’re unique to her rather than widely achievable by her sex. Even better, at no point does the film denigrate Mulan’s more traditionally feminine sister.

As we might expect given the setting, references to Eastern mystic beliefs abound. This includes village shrines and praying to ancestors and ancestral spirits. But these are more window-dressing than worldview. The film refreshes the tired theme of self-empowerment with a more worthwhile message: The inherent good of telling the truth.

Mulan longs to unleash her chi—an inner energy that sounds suspiciously similar to the force in Star Wars.

CLIP: The chi pervades the universe and all living things. We are all born with it. But only the most true will connect deeply to his chi and become a great warrior.

She can’t do that, though, until she’s honest about who she is.

CLIP: Your deceit weakens you. It poisons your chi.

By honest, we’re not talking about postmodern, I-define-my-own-identity, “This Is Me,” self worship, but something truly counter-cultural. Mulan realizes if she wants to lead, she first must confess to her commander and comrades that she’s a female. Her journey is then contrasted against that of another woman with unusual abilities who rationalizes deceit because she’s been victimized by men.

CLIP: I understand. I was a girl like you when people turned on me. You don’t think I longed for a noble path. I’ve lived the life of exile. No country, no village, no family. We are the same. We’re not. We are. The more power I showed, the more I was quashed, just like you.

Mulan stands as a striking rebuke to justifying wrongdoing by crying victimization. Though her parents have hurt her, she insists on showing them respect.

CLIP: I left home under cover of darkness and betrayed my family’s trust. I made choices I knew would risk their dishonor. Since then I have pledged an oath to be loyal, brave, and true. In order to fulfill this oath, I must return home and make amends to my family.

If that doesn’t make families willing to pony up the $30 to watch at home, the eye-popping packaging this traditional tale of adventure and honor comes wrapped in certainly will.

While all of Disney’s recent remakes have been visual treats, none so far rival Mulan. The stunning natural vistas and jaw-dropping PG-13 action sequences make this a film all ages are likely to cheer.

But as we’ve already mentioned, Disney could do with some of its heroine’s integrity. Those gorgeous panoramic shots of the glittering Imperial City cast a dark shadow. To gain access to the Xinjiang Province where the scenes were filmed, Mulan’s production team worked with government organizations that have been instrumental in China’s campaign to sterilize Uighur Muslims and put them in concentration camps. The film expresses gratitude to these groups during the closing credits.

To quote the Washington Post’s stark reporting, Disney, “worked with regions where genocide is occurring, and thanked government departments that are helping to carry it out.”

In an ironic twist, the moral compromises the studio made for Mulan now look like they aren’t likely to earn them the big bucks in China that they’d hoped. According to Reuters, because of controversial media coverage, Chinese authorities have barred news outlets in the country from covering the film.

In recent months, the studio has edited some decades-old films and declined to add others to its streaming platform because of their inclusion of ethnic stereotypes. By partnering with organizations participating in genocide, what they have done with Mulan goes far beyond insensitivity. It will be interesting to see if, some years from now, it, too, suddenly disappears from Disney’s shelf.

(Jasin Boland/Disney via AP) This image released by Disney shows Yifei Liu in the title role of “Mulan.”