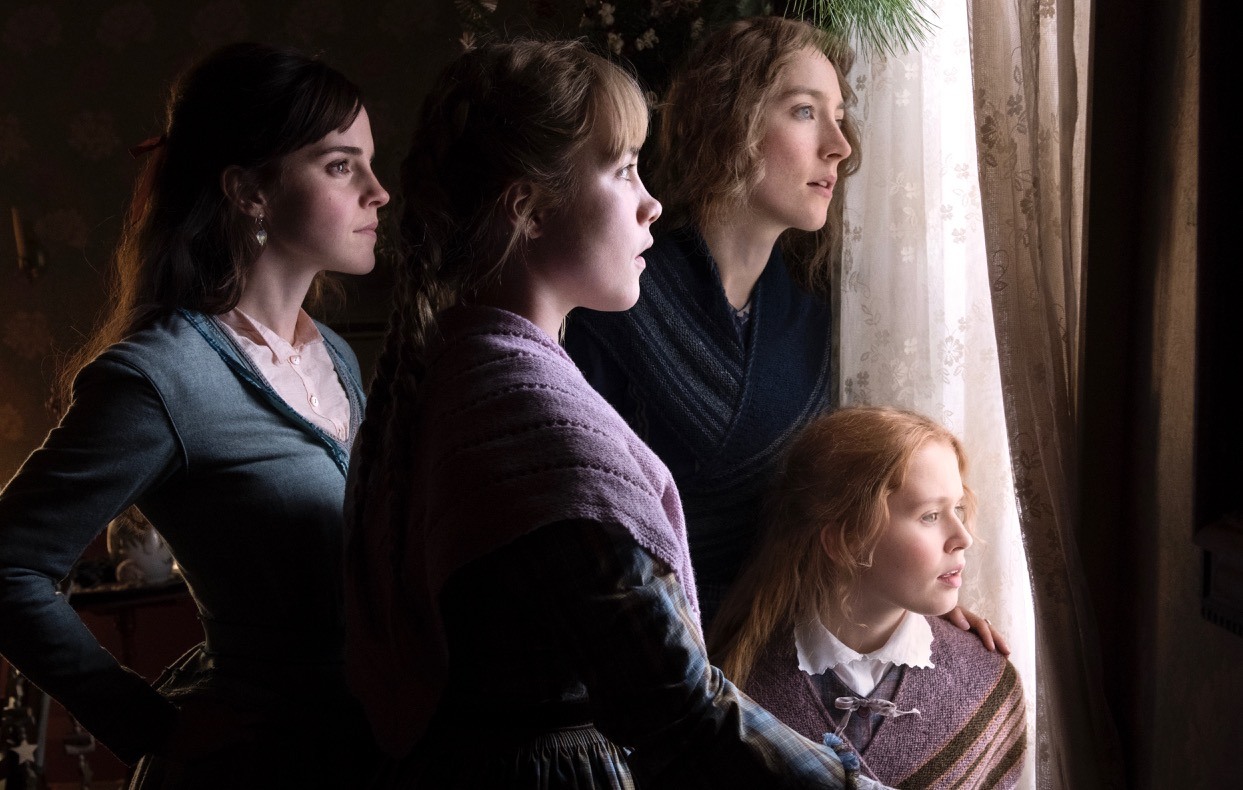 MEGAN BASHAM, HOST: I’m Megan Basham, and yes I am! Speaking of comfort food, there are some stories that occupy such a treasured place in our hearts, as long as the retelling is relatively faithful and well-executed, audiences will turn out for an infinite number of adaptations. We’re happy to relive every familiar turn of plot, every line of memorized dialogue in such comfort food. No surprises needed.

CLIP: Is it fairies? Santa Claus? No, it’s old aunt march. Mr. Laurence sent it. The Lawrence boy’s grandfather? Yes. Why? He saw you giving your Christmas breakfast away and he wanted you to enjoy the day. But I thought he was a mean old man. It is so generous of him. His grandson Laurie put the idea in his head. I know he did. We should make friends with him.

Perhaps no tale better exemplifies this kind of devotion than Louisa May Alcott’s Little Women. In fact, just to save a draft of this review on my laptop, I had to give it the title Little Women-2019. That’s to differentiate it from the other three Little Women reviews that already live on my hard-drive.

And yet, the latest film version from director Greta Gerwig manages the miraculous. She hits all those treasured beats and respects the traditional themes that have won over audiences for generations. Yet surprise, she does.

By jumping back and forth between past and present rather than using a standard chronological narrative, Gerwig injects something fresh into Little Women that allows us to experience it anew.

CLIP: Jo, would you like to dance with me? I can’t because… Because why? You won’t tell? Never. I scorched my dress. See? There. And Meg told me to keep still so no one would see it. You can laugh if you want to, it’s funny I know. I have an idea of how we can manage.

The story begins in the period that so often causes the first real self-reflection in a young person’s life. Jo has left home. She’s now a writer living on her own in New York. Just as she always dreamed.

But reality can have a funny way of undercutting those visions that seem so fine and aspirational when you’re still a girl safely tucked up in the restraining arms of your family and community. The actual experience of them is almost always lonelier.

Some secular critics have made a bit of hay by asserting that Gerwig is offering a feminist take on the story. I’d hate for anyone to be put off of this wonderful production by such reports. It’s true that Gerwig leans into Alcott’s own biography to explain the decisions of the fiercely independent tomboy, Jo. And it’s true that discussions of marriage as commerce are threaded throughout. But these seem more a shorthand way to highlight the dilemma the low-income March girls face in their era.

No less than Austen’s Bennett ladies, they have to grapple with how idealistic they can afford to be about love.

CLIP: Josephine! Yes, here. Is there a reason you stopped reading Belsham? I’m sorry. I’ll continue. You mind yourself Dearie, someday you’ll need me and you’ll wish you had behaved better. Thank you Aunt March for your employment and your many kindnesses, but I intend to make my own way in the world. No one makes their own way. Not really. Least of all a woman! You’ll need to marry well. Well, you’re not married Aunt March. That’s because I’m rich!

In fact, there’s only one line in the film that could be read as overtly political—an allusion to Michelle Obama’s 2008 comment about being proud of her country. And even that could be coincidence.

In the end, Gerwig includes several scenes that discourage any cheap, 21st century woman-power reading of her film. Let’s just say the sly Gerwig hilariously shows that she, like Alcott, knows what kind of stories are most likely to win female affection.

CLIP: Frankly, I don’t see why she didn’t marry the neighbor boy. Because the neighbor marries her sister. Right, right. Of course. So, who does she marry? No one, she doesn’t marry either of them. No. No no no, that won’t work at all. Well she says the whole book that she doesn’t want to marry. Who cares! Girls want to see women marry not be consistent. No, it isn’t the right ending. The right ending is the one that sells. Trust me, if you decide to end your delightful little book with your heroine as a spinster, no one will buy it and it won’t be worth printing. Well I suppose marriage has always been an economic proposition.

What we most want from the Little Women is to see them grow into loving, self-sacrificing big women we can join Marmee in being proud of. And with that one heartbreaking exception that makes the other sisters all the more dear, we do.  For once, all the March sisters are given their due, especially Amy who’s too often been shunted aside to play the villain.

With a phenomenal cast that includes Meryl Streep and young Oscar winner Timothee Chalamet and Oscar-nominee Saoirse Ronan, the PG-rated Little Women is the perfect Christmas-break film for mothers and grandmothers to share with their not-so-little girls. And their not-so-little men too.