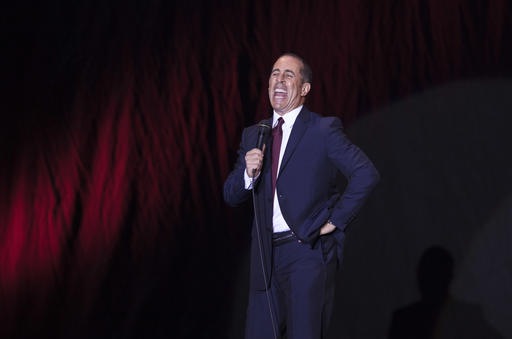 You know, Myrna, we reported yesterday on how graduates are passing a major milestone without the traditional graduation ceremony. And that got us thinking: Why not give listeners a chance to recognize their graduates on the program?

BROWN: Right! Such a fun way to say congratulations and let everyone in the WORLD family celebrate with them.

This is open to anyone with a graduate to honor. And graduates, if you want to toot your own horn, that’s fine, too! Visit worldandeverything.org, click on the “Engage” tab in the top menu, and then click on “Record a preroll.” You’ll find all the instructions there.

BASHAM: Be sure to check that out because there are a few things you need to do to make sure we can use the recordings.

BROWN: Yes, he is coming back to do another special episode about the coronavirus. So if you have something you want to ask him, let us know! The best way to do that is to record yourself asking your question. Do it just like you would record a preroll. If you feel a little shy about hearing yourself on-air, just send us your question by email. The address for that is feedback at worldandeverything.com.

BASHAM: Alright, well coming next on The World and Everything in It: something we could all use a little more of these days—laughs.

Under different circumstances, Jerry Seinfeld’s new Netflix special, 23 Hours, might be something of a let down. The comedian breaks no new ground, braves no uncharted territory. Yet in a world living at arm’s length, the old trivial observations that are Seinfeld’s stock in trade suddenly feel as comforting as a mediocre meal at a convenient corner diner.

His cranky rants about intrusive friends and the exhaustion of maintaining an active social life take on a nostalgic hue.

SEINFELD: I just want to be out. This is out. People talk about going out. We should go out. Let’s go out. We never go out. Well, this is it. Now the good thing about being out is you don’t have to be out for long. Just long enough to get the next feeling which you’re all gonna get. And that feeling is, I gotta be getting back.

There’s no doubt that if Seinfeld were a young up and comer, some of this material would be dismissed as clichéd. Hacky even.

His musings on matrimony are about as cutting edge as Henny Youngman’s old, “Take my wife, please” routine. And yet, the man poised to become comedy’s first billionaire knows how to sell corny as classic better than just about anyone else standing up in front of a mic today.

SEINFELD: When I was single I had married friends. I would not visit their homes. I found their lives to be pathetic and depressing. Now that I’m married, I have no single friends. I find their lives to be meaningless and trivial experiences. In both cases, I believe I was correct. Whichever side of marriage you’re on, you don’t get what the other people are doing. I can’t hang out with single guys. If you don’t have a wife we have nothing to talk about. You have a girlfriend? That’s wiffleball my friend. You’re playing paintball war, I’m in Afghanistan with real loaded weapons. Married guys play with full clips and live rounds.

And let’s be honest, the “it’s funny because it’s true,” adage is the reason marriage jokes became such a staple in the first place.

SEINFELD: A man in marriage will not survive if he does not have a strong brain to speech guard gate control filtration system. You don’t just talk in marriage. It’s risky. When I’m with my wife, who I love so dearly, and a thought enters my head, the first I think is, well I know I can’t say that. Maybe I could I say I heard someone else say it. And then she and I can share a warm moment together agreeing on what an idiot that person must be. And we get along great.

I should note here, while Seinfeld’s latest routine is officially rated PG, there’s enough language to merit more caution than that. It may be mild compared to most big comedy acts, but it still jars to hear ol’ Jer taking the Lord’s name in vain. He’s taught his fans to expect better from him.

It’s too bad, because when he’s at his best, his insight into humanity’s foibles is as incisive as ever.

SEINFELD: Remember when we first got text? Not really. Can’t really remember that. I can’t either. I mean, I know that we have it. I know that we didn’t use to have it. I don’t know how we got it. I don’t remember. Did they tell us we were getting it? Was there an announcement that we’re getting it. There was no commercial. I don’t remember a commercial. Want some human contact but kind of had it up to here with people? Try text. Need to get someone some information but don’t want to hear their stupid voice responding to it? You need to be on text.

But even when the jokes are mediocre, we still want to press our nose against the TV glass to see the audience sitting close together, sharing a laugh. The image offers hope that eventually we’ll be able to move forward into a past we used to take for granted.

As Seinfeld has always pointed out, the only thing more grating than being around other people is not being around them.

SEINFELD: The human is a social species as we can see. We tend to congregate, aggregate, and coagulate together. We live here in New York City. That makes no sense. If you take a plane out of New York and you look down at the city. What do you see around the city? Why there’s nothing but open, empty, beautiful, rolling land out there. Nobody’s there. Let’s pack in here tight. Uncomfortable, on top of each other, traffic congestion. That’s what we like.

We may not all like congestion, but we were all made for fellowship and to bear all the petty offenses of those other annoying humans. We miss them when they’re gone.