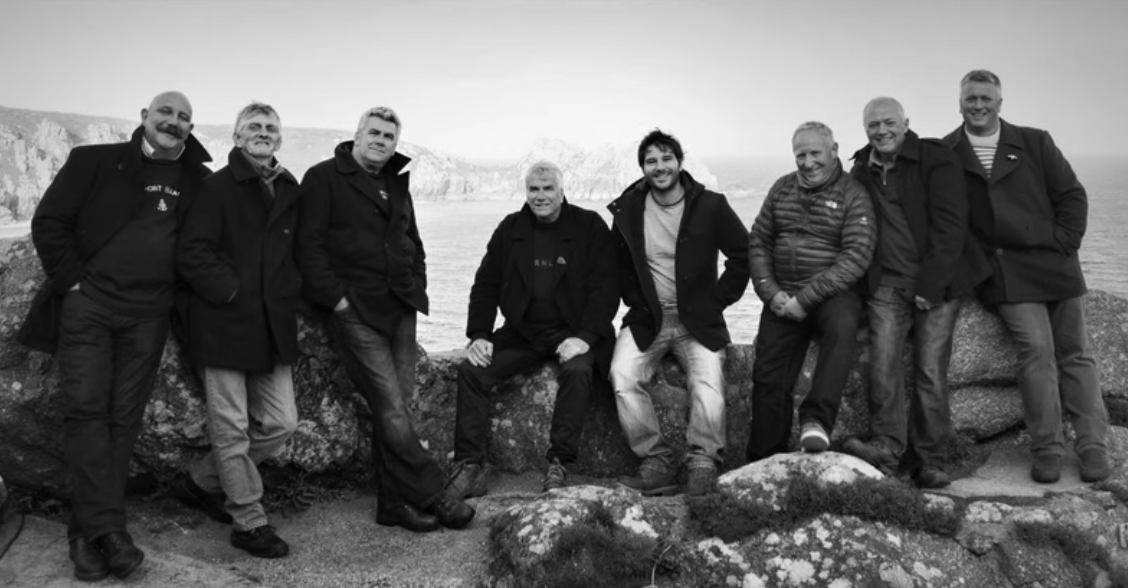 MYRNA BROWN, HOST: Today is Friday, January 22nd. Thank you for turning to WORLD Radio to help start your day.

MEGAN BASHAM, HOST: And I’m Megan Basham. Coming next on The World and Everything in It: a new viral video trend that won’t make you cringe and cover your eyes—or ears!

If you’re over the age of 21 and don’t happen to have a job tracking pop-culture trends, you may have missed the latest musical craze. It’s actually something innocent, fun, and even a little educational—sea shanties!

After a young Scotsman shared a TikTok video of himself singing a 19th century whaling song titled “Wellerman,” the internet went wild.

The video racked up nearly 8 million views. And soon, fans from all walks of life added their own accompaniments—deep baritones, sweet sopranos, violins, and even a club remix!

Then folks dug up other sailing songs from hundreds of years ago and shared them across the social media spectrum. A group called The Longest Johns has even hit the U.K. Top 40 Charts with its version of “Wellerman.” Well, I don’t have much of a singing voice, but I do have one contribution I can make to the trend, a movie recommendation!

CLIP: Who is the lead singer of the group? Nobody, we take it in turns. That’s very democratic. So, what kind of songs do you guys perform? Shanties. Shan what? Traditional sea shanties, you know? No. All right. You’d know this one perhaps.

The 2019 British indie Fisherman’s Friends, available on most streaming platforms, tells the true story of a group of Cornishmen. They catch lobsters by day and sing shanties to tourists by night, just for fun. That is, until a group of big shot London music executives takes a holiday in their little sea-side village, Port Isaac. The boss of the group commands his best deal-maker, Danny, to get the singing sailormen a contract posthaste.

CLIP: Watching you sing was one of those rare moments in the music business when you realize you were witnessing something truly original. The bottom line is, you’ve got a unique sound. And we believe we can help you get it released by a major label. [laughing]. Now look, I’m serious. So how about we crack open the champagne and get this deal done right here, right now. Right now hang on. You mean this is for real? Thanks for the offer, son, but we are just fisherman, see. We have no need to sell our souls for 15 minutes of fame.

It’s probably no spoiler to say that eventually Danny wears them down. Just in time to discover that he’s been the victim of a practical joke. His boss was never really interested in making maritime music. The problem for Danny is he’s given the Fisherman’s Friends his word. And worse than that, he’s fallen in love with one of their daughters.

CLIP: Listen, I was reading up on see shanties, and you’re right, they do have universal appeal. I mean, after all, maritime work songs were the rock ‘n’ roll of 1752. Has all the ocean air gone to your head? All right, maybe, but I genuinely think these guys I’ve got something to say. I’m recording one more song then I’ve got an album to send out to the labels. Let them be the judge. Hey, this is gone far enough Danny, I want you back at your desk after Henry’s wedding to deal with the acts that actually make us commission. What’s wrong? Danny has gone native.

When it comes to a sweet, simple plot like Fisherman’s Friends, cynics need not apply. This warmhearted movie admittedly has a bit of a Hallmark vibe, but that’s part of its appeal. At one point when Danny calls his London office, we hear a pop hit playing in the background. The soulless, mass-manufactured sound, complete with lyrics I can’t repeat here, contrast sharply with the genial authenticity of the shanties. This is music that grew up out of a way of life. And that doesn’t just mean the nautical life.

CLIP: How’s it going? Oh, got some great guest vocals from the seagulls. Why don’t you try recording in the church? It’s where they all learned to sing. It’s got brilliant acoustics. I reckon it’ll be easier if we went into the studio. Then you risk losing their charm. And the people that come and listen to them don’t care if they hit the high notes. They want to be transported to the high seas.

Of course, that doesn’t mean the Friends are choir boys. We are talking about sailors here, so I should warn you that a bit of salty language and a couple of coarse jokes pass between the men. Though these are cloaked in euphemism. Likewise, it’s a shame that Danny and his love interest spend the night together, but this is only implied in a morning after scene—there’s no nudity or sex here.

Beyond that what Fisherman’s Friends offers is the same thing that I believe is drawing so many to the shanty craze right now. As I watched the many, many videos of folks from all different backgrounds layering their voices together, I saw a rebuke of the forces that work so hard each day to sow enmity and division between groups. I saw people eager to enjoy rather than ridicule the past. I saw people starving for community, hungry to tear down barriers to cultural exchange. Most of all I saw people tired of anger and isolation, ready for a good, old fashioned singalong.