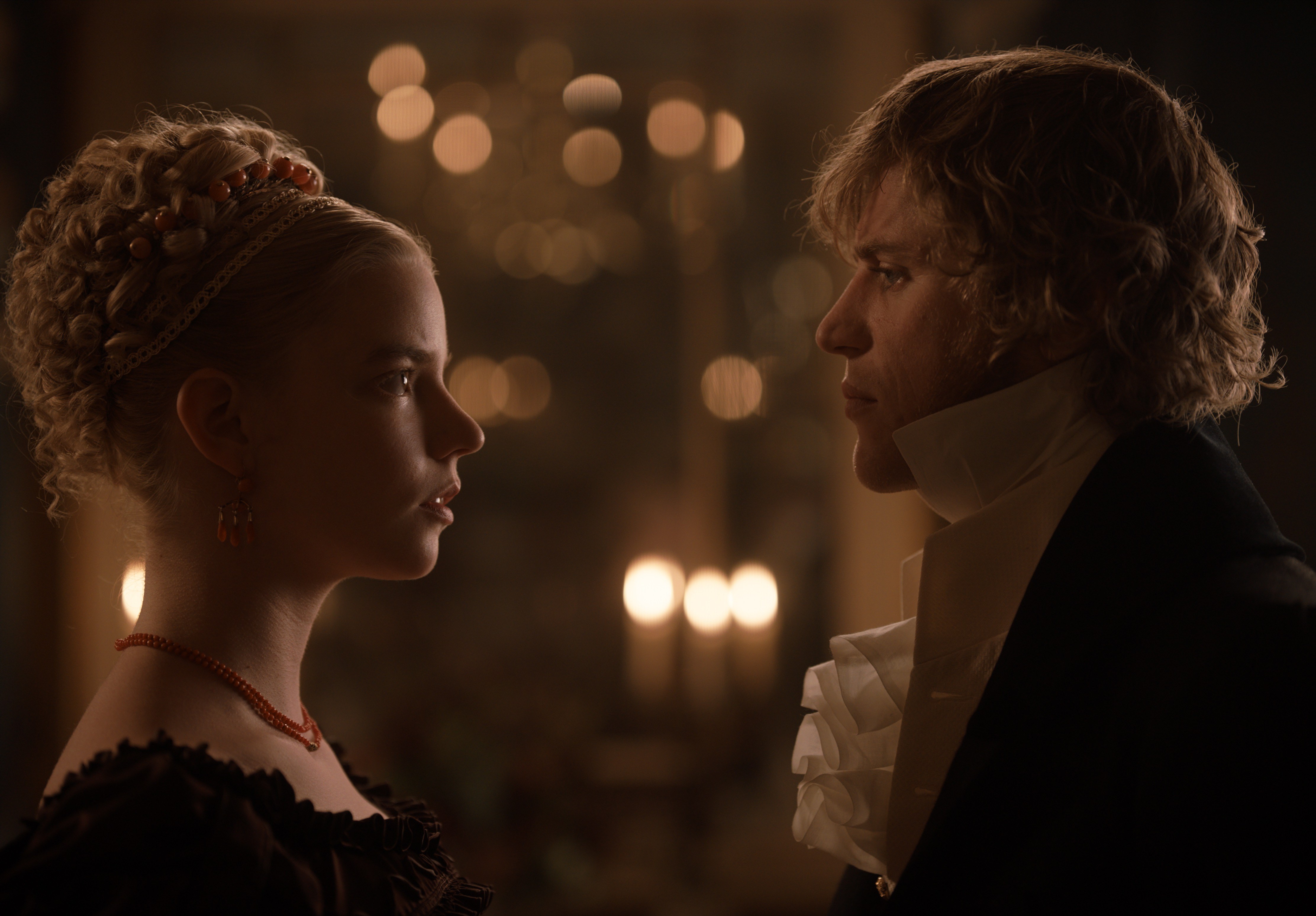 Movie theaters are basically closed in this country, so, Universal Pictures announced it would make several movies that had only recently been released to theaters now available for streaming.

Two of those films are horror schlock.

But that’s the last thing anxious people need while homebound.

CLIP: She is pretty and she has a good temper, that is all. That is all? These are not trivial recommendations, Mr. Knightley. Till men do fall in love with well-informed minds instead of handsome faces, a girl with such loveliness as Harriet has a certainty of being admired and sought after wherever she goes. I am very much mistaken if your sex in general would not find these qualities the highest claims a woman can possess.

This week, I lost my sweet aunt to ovarian cancer. She’s the one who introduced me to the delights of Jane Austen while I was still a pre-teen. Part of what she helped me appreciate about Austen’s novels are the multitudes they contain.

They’re swooning romances, hilarious satires, and social commentaries all rolled into one. But underneath all that they offer moral instruction.

Yet instruction that arises so naturally from sharply drawn characters, more than two centuries later we still easily recognize ourselves in their defects and virtues. No Austen heroine has more of those all-too relatable defects and less of the virtue than spoiled, selfish Emma.

This latest Emma is, admittedly, less accessible than the Gwyneth Paltrow film or the BBC miniseries. This one focuses far more on the farce and sometimes foolish pageantry of Emma’s world than on the love triangles and intrigue.

Because it’s more subtle and stylistic, it may be harder for younger viewers to grasp fully. And parents may not want them to anyway. The PG rating includes two flashes of bare backsides.

Both instances occur while servants are helping wealthy characters dress. And they seem to be included to challenge our revisionist imaginations that erase indignities when we picture the past. While that’s a worthwhile point to make, it’s a shame the filmmakers couldn’t have made it some other way.

For older viewers, however, and those who know Austen well, actress Anna-Taylor Joy’s haughty demeanor does a better job exposing what really lies beneath the thin layer of altruism Emma shows the world: Vanity.

CLIP: I’m ready to die if you refuse me. You take me for my friend. Any message you have to Miss Smith I shall be happy to deliver. Miss Smith? A message for Miss Smith? I never once thought of Miss Smith in the whole course of my existence, never paid her any attention except as your friend, never cared whether she were dead or alive but as your friend. Who can think of Miss Smith when Miss Woodhouse is near?

Wealthy, beautiful Emma wants to be admired, and so she likes to be seen distributing charity to her poor neighbors and befriending hapless orphan Harriet. While it’s all sugary pastels and Regency manners on the outside, this is the moral core this adaptation gets at better than the others. Emma is not an essentially lovable character who gives in to her lesser nature because of the influence of the duplicitous Frank Churchill. No, her lesser nature was always running the show. Churchill just makes her careless enough to reveal it.

Of course, Austen isn’t Austen without the love story, and this version does a better job with this element as well. Actor Johnny Flynn gives us a passionate, even tempestuous Knightley.

CLIP: Thank you, for your kindness to Harriet. It was unpardonably rude. And he aimed at wounding more than Harriet. I was completely mistaken in Mr. Elton. There is a little miss to him which you discovered and I did not. You would’ve chosen for him better than he has chosen for himself. Harriet Smith has some first rate qualities which Elton is totally without. She does you credit, Emma, as you do her. With whom will you dance? With you. If you will ask me. You have shown that you can dance and we are not really so much brother and sister as to make it improper. No, indeed.

The wounds of a friend are faithful. And Knightley is Emma’s truest friend when he rebukes her bad behavior. I’m thankful most versions have captured this. But in doing so, they lost some of the romance. Flynn’s performance offers both, showing us a man capable of leading the woman he loves without parenting her.

And lead, Knightley does. In a scene that isn’t in the novel but is a lovely touch, Emma humbles herself in a way that shows true repentance for her earlier snobbery.

As Austen shows us, a love story that isn’t built on integrity can never really have a happy ending.