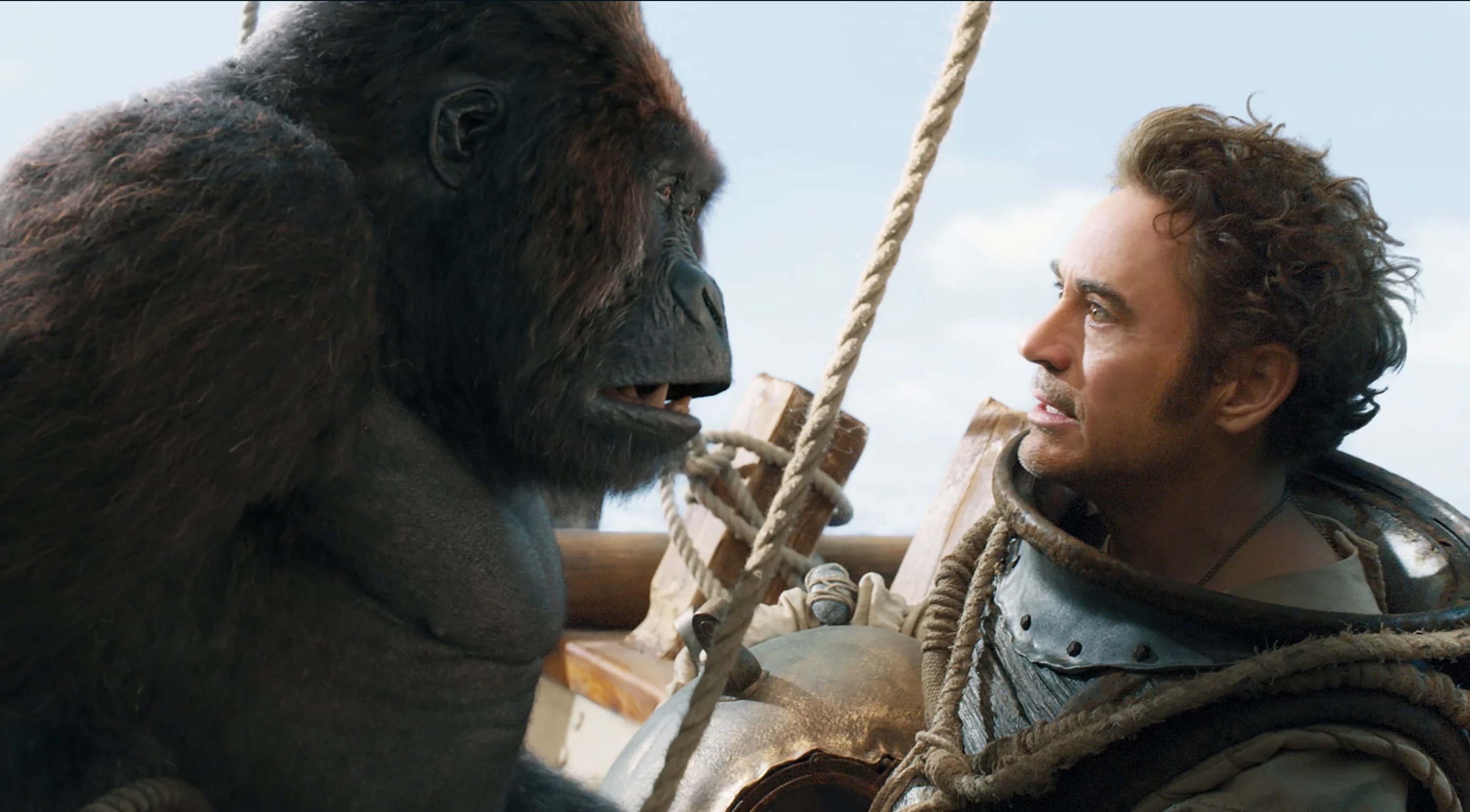 NICK EICHER, HOST: And I’m Nick Eicher. Coming next on The World and Everything in It:  It’s the first big family film of 2020.

Dolittle. As in Dr. Dolittle, complete with the warm, whimsical looking trailers to promote the film. But, Megan, if I’m hearing you right, this one may not be the family-friendly film the marketing suggests.

BASHAM: Yeah, your hearing is in good order! This movie is based on Hugh Lofting’s classic British children’s stories from the 1920s. But only half the movie feels like it is.

That half embodies all the proper charm an Anglophile’s heart could desire. It opens, as all English children’s stories should, in my opinion, in a wild wood hiding a mysterious, crumbling manor.

CLIP: Are you Dr. Dolittle? You can talk to animals? Yes.

Dreamy-eyed village lad, Stubbins, can’t bring himself to follow in his family’s footsteps and fire upon forest creatures. His gentle heart is rewarded by an invite from a talking parrot, played by Emma Thompson, to a secret animal sanctuary. There, he meets a pretty young aristocrat and an array of furry, feathered, and scaled hosts. At last he encounters the most eccentric man of science ever produced by the 19th century, an era famed for eccentric men of science. Doctor John Dolittle, played by Robert Downey Jr.

All ship-shape and Bristol fashion so far.

It’s when the animals start to speak that we sense the first whiff of danger.

They all have inexplicably modern, American personalities. Still, even though his accent goes a bit wobbly and his performance is a bit whispery and subdued, Robert Downey Jr. offers a pleasingly crusty old Welshman. So our concern is easy enough to brush off. As Dolittle, Stubbins, and Lady Rose set off for Buckingham Palace on a mission to save her majesty, we settle in for a feast of charming Victoriana.

CLIP: We have no choice but to embark on this perilous journey.

Every cheap, juvenile gag a lazy Hollywood screenwriter can be counted on to produce suddenly arrives to grate on parent’s nerves. There are scatological jokes like a dragon noisily passing gas while getting an unusual enema. There are puerile references to body parts, like a tiger named Barry roaring over an injury to crotch with cringe-worthy euphemism. There are inane puns, as when whales claim to be “flipping” someone off. And as if that weren’t enough, we also get obviously cut-off expletives and rhymes-with expletives, like when a squirrel expresses indifference using “duck” as a replacement for another four letter word.

It possesses all the wit and charm of antsy third grade boys trying to get a rise out of their friends during Sunday school.

Even the film’s trailer plays sly with how un-child-friendly some of the content is.

We already had a loud, crass, Americanized version of the story with 1998’s Eddie Murphy vehicle. We didn’t need a new one with an old accent.