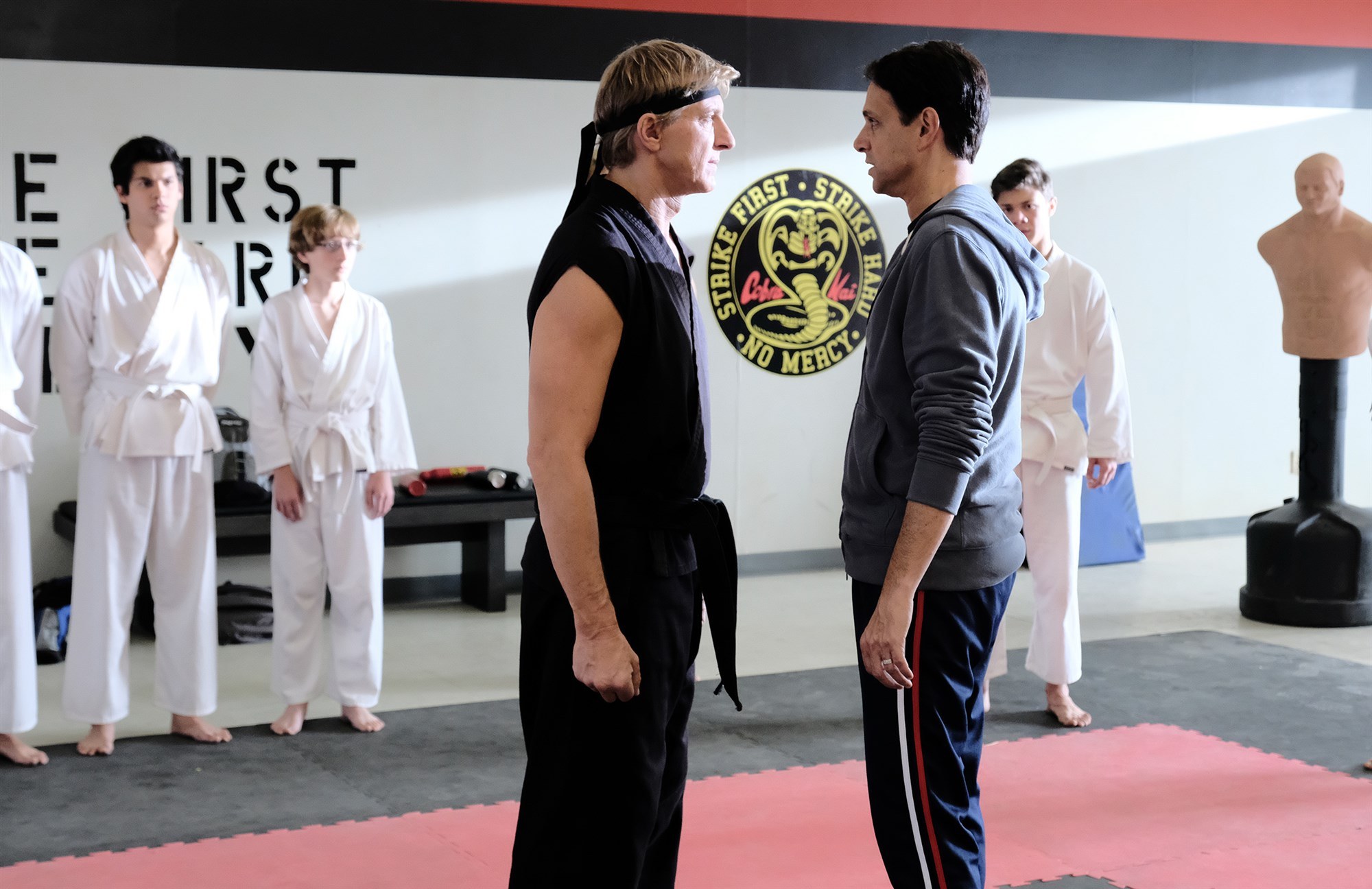 MEGAN BASHAM, HOST: And I’m Megan Basham. Coming next on The World and Everything in It: A lot of people are getting a kick out of a classic 80s movie reboot.

A few years ago, YouTube made a late, half-hearted attempt to enter the streaming game. Most of its scripted series were flops. But when it rebooted Karate Kid with the original two stars (whom America had barely heard from in decades), its gamble paid off with a sleeper hit. A Netflix sale followed. And since Cobra Kai debuted on that platform last month, it has become the most popular show in the country.

CLIP: What do you think you’re doing. Promoting my business. Why don’t you try minding yours. Minding mine? You know what. This is ridiculous. We can both be adults. I just don’t know why you’d ever want to bring back Cobra Kai after what your sensei did you. Because I’m not Creese. And the lessons worked. Strike first. No Mercy. Real good lessons.

It would be hard to find another 80s update that’s even half so clever. We catch up with Johnny Lawrence, the high school bully who inspired a thousand tousled-blond copycats, in middle age. He might’ve been the big man on campus at 17, but at 50, he spends his days in an alcoholic haze, zoning out on Reagan-era macho movies, trying to block out the fact that his nemesis, Daniel LaRusso, now owns a successful car dealership.

About as elegant and introspective as the heavy metal he blares from his cherry Pontiac Firebird, Johnny couldn’t be a further cry from Mr. Miyagi. Yet when a nerdy immigrant teen moves into the rundown apartment next door, he starts to think he may still have something to offer. He decides to resurrect Cobra Kai dojo.

CLIP: You could stop your training right now, walk outside and let the whole world know you’re a loser. Or you could plant your feet. Look your enemy in the eyes, and punch him in the face.

Living well may be the best revenge, but the Karate Kid isn’t content to let his opulent house, beautiful wife, and thriving business speak for themselves. When he gets wind of Johnny’s plans, he, too, decides to return to the ring. Then it’s on like Godzilla vs King Kong.

Daniel-San isn’t the bad guy by a long shot. But he’s a lot less lovable than has-been Johnny, who makes us laugh out loud with his throw-back attitude.

Unlike Daniel, who’s the very model of a modern majordomo, Johnny didn’t get the memo that it’s no longer cool to call women “babes” or hang massive American flags on his wall. He’s today’s underdog—a working-class junkyard mutt who gets kicked around by his supposed intellectual and ethical betters. But he still has enough spirit to haul himself out of a tangle of greasy sheets every morning and snarl in the face of safe spaces.

CLIP: We do not train to be merciful here. Mercy is for the weak. Here. On the street. In competition, a man confronts you, he is the enemy. And the enemy deserves no mercy. What is the problem Mr. Diaz? No problem, Sensei. You punched me and I have asthma, so. Not anymore. We do not allow weakness in this dojo. So you can leave your asthma and your peanut allergies outside, is that understood? Yes but those are real medical problems. Yes, Sensei. Understood.

Later, when someone phones asking if the dojo accepts gender nonconforming students, a confused Johnny wonders if it’s some kind of prank call.

Is it only nostalgia and weariness with a world that suddenly feels overrun with hall-monitors that’s won Cobra Kai legions of fans? No doubt that’s a significant factor. But the show isn’t politically incorrect just for political incorrectness’s sake. Cobra Kai weighs what it means to be a man in a culture that no longer seems to have much use for them. It looks at how fathers, both biological and adopted, shape their children, and how growing up without dads is leading to extremes of aggression and helplessness.

At one point, an athlete at a martial arts competition feels he has to give a virtue-signaling speech condemning toxic masculinity before he can compete.

A viewer can’t miss the irony that the woke adults in these young men’s lives demand a conformity and submission far more pitiless than anything a high school clique could come up with.

The most frustrating thing about Cobra Kai is that for a series so well-tailored to watch with tweens and teens, it includes a hefty amount of language and crude humor. Thankfully, Vidangel, has the show on its service too. So families have the option to enjoy the fun and thoughtful themes while filtering out what’s truly toxic.