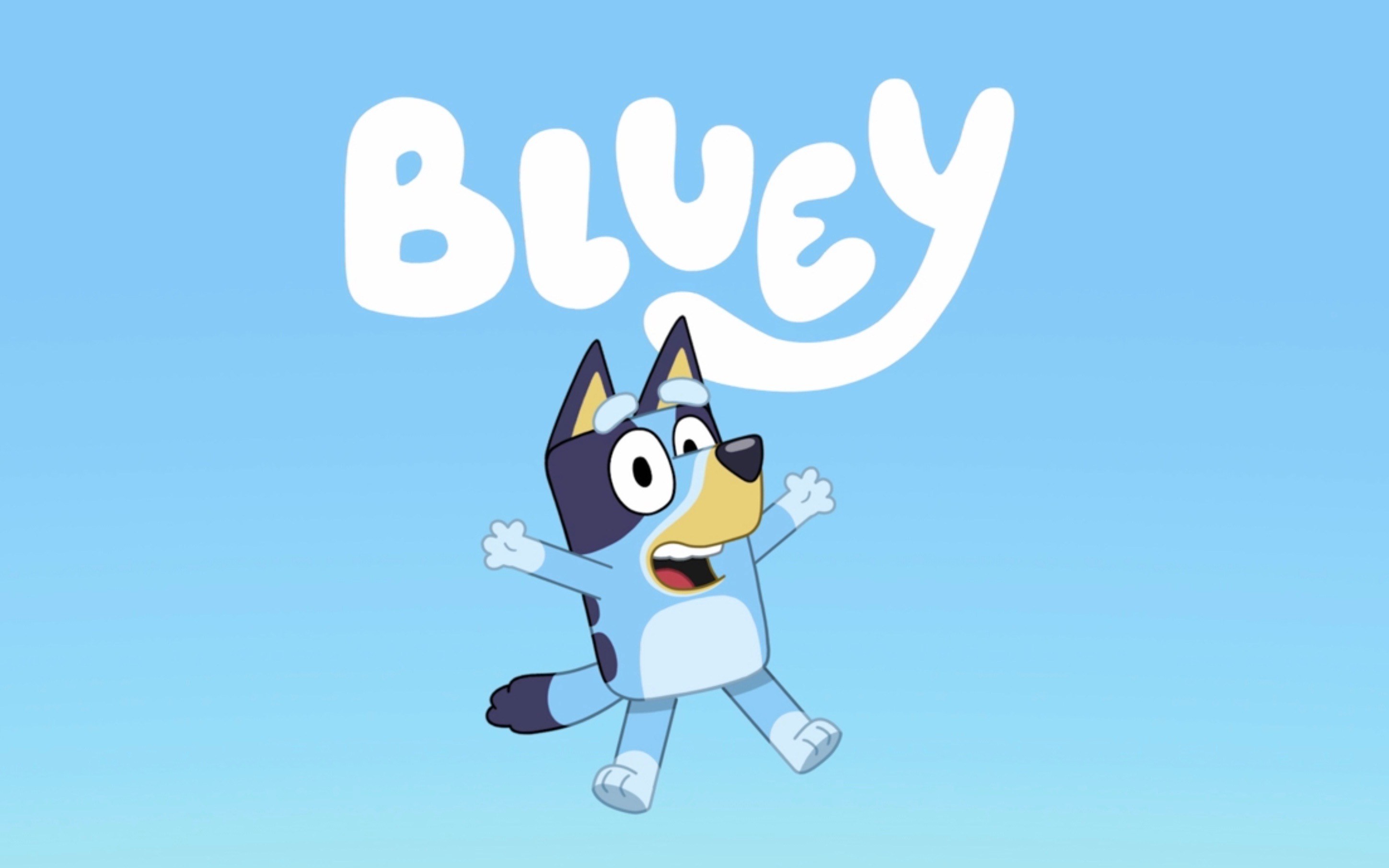 MARY REICHARD, HOST :And I’m Megan Basham. Coming next on The World and Everything in It: A show targeted at the very youngest members of the family but that still holds appeal for all ages.

I have to say, I never thought I’d have much reason to devote a full review to a preschool cartoon. But that was before I found my husband and our 5-year-old daughter parked in front of the TV, giggling away at a little blue dog.

“Sit down,” my husband said as he wiped laughter tears from his eyes. “You’ve got to see this.” Thus, I met Disney’s newest international star, Bluey.

CLIP: Ding, ding, ding. You lose. Dad! This isn’t fair. I am not Dad. I am magic claw. Magic Claw has no children. His days are free and easy. Ugh.

The series debuted in Australia in 2018 and immediately became that country’s most popular children’s show. The BBC soon started airing it in the U.K. to similar acclaim. That’s when Disney decided to get in on the action. The show premiered stateside on Disney Jr. in October and hit Disney Plus this week. And to that this American mum says “good on ya mate.”

Because everything about the little blue heeler puppy and her lovable family feels refreshingly modern yet wholesome.

Start with the fact that they actually are a family.

CLIP: Well, what about when you pretend to be me? What? I don’t pretend to be you. Yes, you do. All the time. Mum! What is it Bingo? I didn’t say Dad. I said Mum. Oh, okay. I’ll go get her. What is it sweetheart? What is it my little Boo Bear. I said I want Mum! This is Mum. Can’t you tell by my lovely voice? Daaaad. Dad’s not here, which is a shame, because he’s such a handsome fellow with big, strong muscles.

Given that parents are, or largely should be, the center of a preschoolers’ world, it’s strange how few children’s shows include them. Or include them only to show them as bumbling. Bluey creator Joseph Brumm especially wanted to address that with depictions of family life that feel realistic.

In an interview with an Australian newspaper he noted that it was important to him to explore the way kids really learn about life—largely through play within their homes. As such, each seven- to eight minute-episode shows 6-year-old Bluey and her 4-year-old sister Bingo engaging more with their parents and each other than the wider world. It may be a make-believe game of “Daddy Robot” or something as ordinary as picking up take-out for dinner.

This focus on comical realism is what makes the show truly enjoyable for adults as well. Especially when it comes to the dynamic between Bluey’s parents.

While never inappropriate, Bluey’s parents are flirtatious with one another, as when dad Bandit, pretending to be a peacock, waves his tail feathers and waggles his eyebrows at mom, Chilli.

But that’s not the only thing that sets Bandit apart.

Most cartoon dads are lazy, dim-witted, and largely there only to be the butt of jokes, even if they don’t rise to Simpsons’ level character assassination. Even Daddy Pig on preschool favorite Peppa Pig isn’t much of a leader in his home.

Brumm specifically wanted to avoid that stereotype. He said in that same interview, “Just looking around [at] me and my friends and brothers, we are all trying pretty hard. We’re not perfect, but we’ve learnt how to change nappies and make lunches.”

That’s what we see with Bandit. An archeologist who often works from home, he cares for Bluey and Bingo when Chilli is at her part-time job. While that’s definitely a different model from, say, Leave it to Beaver, Bandit’s parenting style is distinctly fatherly. Think more rambunctious and hands-off.

CLIP: You alright Bluey? My knee! Give us a look. Oh yeah. Okay, I’ll just have to chop the leg off. What, you don’t need two.

CLIP: Bluey if I’m talking to another grown-up, you don’t interrupt like that, okay? Dad, I’ve got a plan. You’re not allowed to stop the wagon and chat to your friends. You have to take us straight to the monkey bars. No stopping. Hmm, interesting plan. I know, how about this plan. I’ll do what I want and you don’t tell me what to do.

And now that I mention how dads’ and moms’ styles are typically different, it might be a good time to mention the one thing about Bluey that could give some parents pause—Bandit’s occasional, let’s say, gaseous, jokes.

Now, as I’m married to a man who’s given to a similar comedy stylings—usually to the delight of his daughters and the chagrin of his wife—we find that element pretty authentic too.

But if you prefer your kids not be exposed to any whoopee cushion humor, Bluey might be a little too real for you.

If you don’t mind that sort of thing, Bluey is a little miracle. A cartoon about real home life that entertains even the youngest kids while still making the rest of the family giggle.