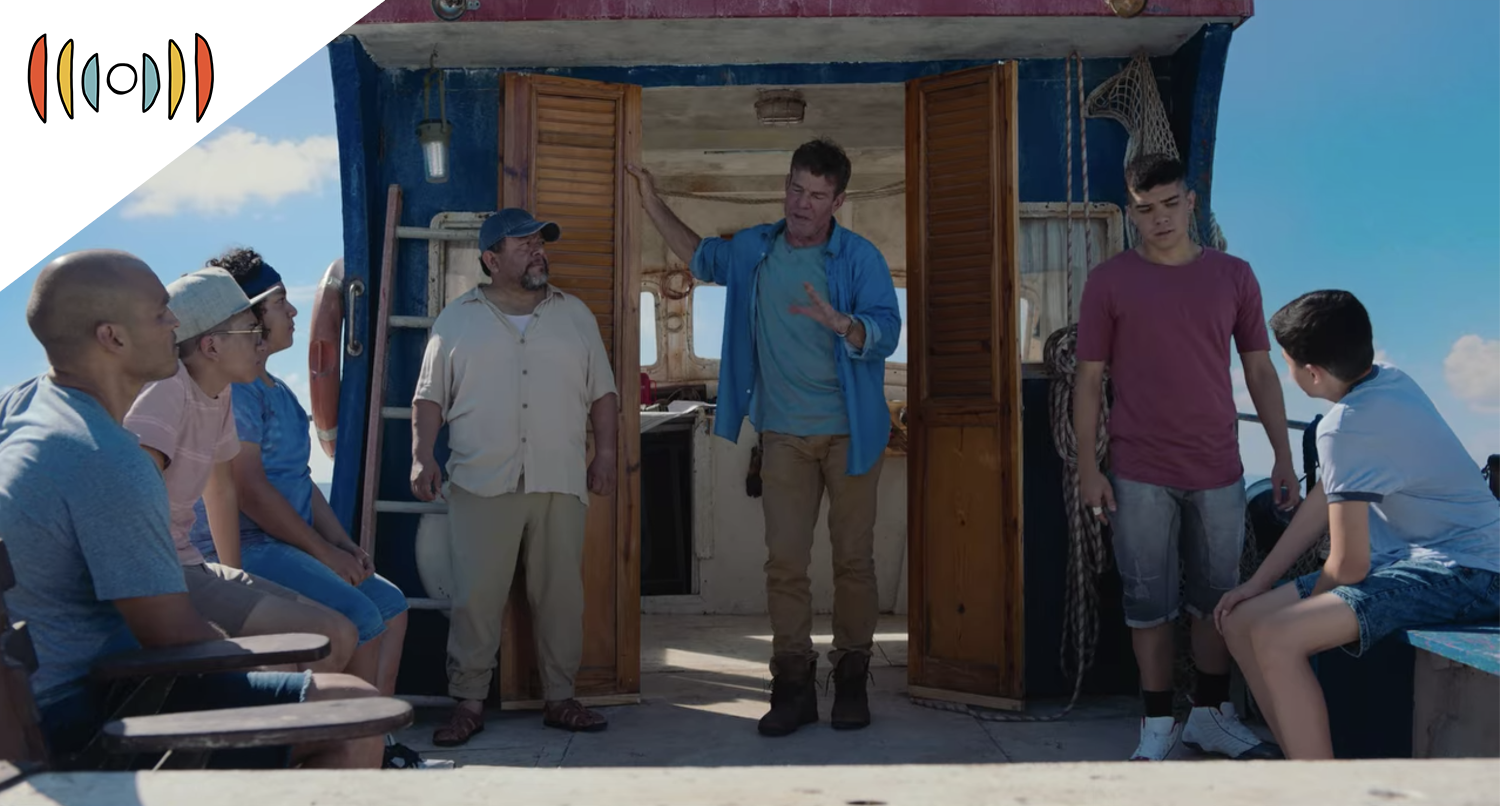 NICK EICHER, HOST: Today is Friday, June 25th. Thank you for turning to WORLD Radio to help start your day.

MYRNA BROWN, HOST: And I’m Myrna Brown. Coming next on The World and Everything in It: family movie night.

SHARON DIERBERGER, REVIEWER: Blue Miracle is quite a fish tale based on a true story. Whether or not rods and reels rock your world, you and the whole family will enjoy this catch.

The film follows Omar Venegas, who with his wife Becca, runs an orphanage for boys in beautiful Cabo San Lucas, Mexico. But the orphanage, named Casa Hogar, is not so beautiful. It’s in dire need of repairs, especially after a hurricane sweeps through. It’s also in debt to the bank for a LOT of money.

Omar: “I really hate to ask you this, but-“ Woman: “Omar, is everything ok?” Man: “What do you mean? What’s going on?” “I was wondering if you could talk to the bank for us.” Man: “The bank?” Omar: “We just need a little more time to pay what we owe. And if you could put in a good word at the bank…” Man: How much do you owe exactly?”

These desperate times set the scene for unusual measures. Every year, Cabo hosts Bisbee’s Black and Blue. That’s a blue marlin fishing tournament—the biggest in the world. And it awards huge cash prizes. But this year, because of the hurricane, many international competitors have bailed. So the tournament opens the competition to local fishermen. Through odd circumstances, the orphanage and Papa Omar—as he’s affectionately known by his boys—enter the competition. None of the orphan boys has ever fished before.

The tournament announcers comment on the unusual last minute entry as the rest of the boys cheer back home at the orphanage:

Announcer 1: Ladies and gentlemen, welcome to day one of Bisbee’s Black and Blue fishing tournament. And what a year it is shaping up to be.” Announcer 2: “That’s right, Larry. Part of what makes this year so special is a host of newcomers from around the Cabo area. We got first-timers like Team Casa Hogar, made up of orphans from a local boys home, and led by none other than legendary two-time Bisbee Champion, Captain Wade Malloy.” Announcer 1; “Wow, it’s gonna be an exciting three days.”

If you think you’ve heard this plot before, but set on a football field or basketball court instead of an ocean, you’re right. But the underdogs in this story are still worth watching. They tug on your heart like—well, like a marlin on a fishing line. I only wish the film had given us more back story on the orphans. and more of their thoughts, like here where book-smart Wiki shares a bit of his heart with Omar:

Wiki: “I can’t go back to the streets Papa Omar. The other Ticos, Geco and Hollywood, they’re tough. They can handle it. But it’s just I’m different.”

He shows genuine compassion for the street kids, maybe because he used to be one. And the way he embraces all the boys, with their quirks and fears, keeps you hoping for a happy outcome. Each subplot, although embellished, grabs viewers, too.

There’s the grizzled, gruff, washed-up Captain Wade, played by Dennis Quaid, who takes Omar and the boys aboard his dirty, decrepit fishing boat. He’s abandoned his wife and son for the last five years. He mistakenly believes that by catching prize-winning fish, his family will esteem him as a great man. One of the boys calls him out:

CLIP: A fishing trophy? Oye. We all lost our dads for stupid reasons—bullets, drugs, prison. But right now, I’m feeling kinda lucky compared to your son.

Gradually, the captain starts thinking less about winning prizes and more about the kids. After he brags about the scar on his leg from fighting a marlin, he quiets when the boys laugh and start comparing their own scars—from abusive adults in their lives. Other things the boys say also drive the captain to silence:

Boy 1: “We have names.” Captain: “What?” Geco: “You said we were nameless orphans, but we have names.” Hollywood: “Yeah, and we’re not orphans, güey. We’re like, between families at the moment.”

Papa Omar is determined to help all the boys, including a rebellious, hurting teenager he convinces to join their fishing team. And he tries to come up with a way to encourage Tweety, the youngest, who really misses his mother. Omar hands him a nail and tells him to write down his problems and nail them to a door like he does, giving them to God.

Omar: “And pow! God hears me every time!” Tweety: “Nuh-uh.” Omar: “Yeah, I mean it. I meant it. Next time you’re having a hard time, you just pray to God, ask Him for help, and pray hard, okay? And pretty soon, all that bad stuff, it’ll start to feel like a dream. Like it never happened.”

It’s refreshing to hear someone in a movie who isn’t the bad guy talking about God. And the nail becomes symbolic throughout the film, including when Omar finally hurls it into the sea.

Omar faces some hard choices about the orphanage. One of those decisions is as potentially life-changing as winning the prize money would be.

Blue Miracle is rated PG for intense action and occasional crude slang, so it might not be appropriate for the youngest viewers. But those are minor issues for an otherwise fantastic family film. Be sure to sit tight for the credits to see footage of the real characters and what Casa Hogar looks like today.