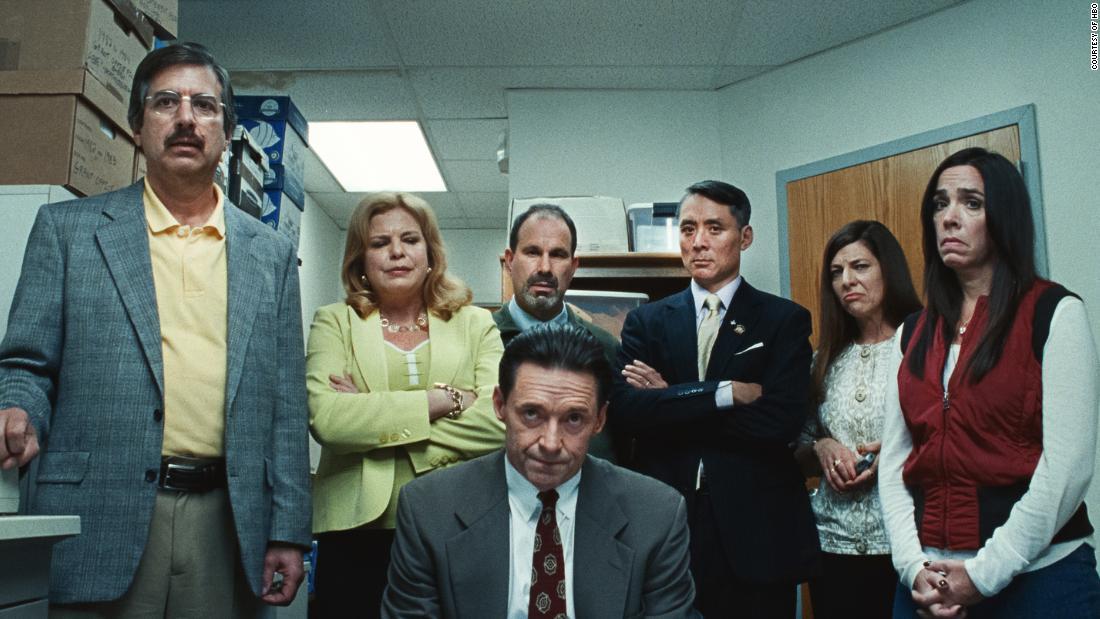 MEGAN BASHAM, HOST: And I’m Megan Basham. Coming next on The World and Everything in It: A true story with some big lessons for today’s media.

From All the President’s Men to Spotlight, real-life tales of intrepid journalists bringing down corrupt powers are entertainment staples. But HBO’s new made-for-cable movie, Bad Education, stands out. Not just because A-list lead Hugh Jackman turns in a big-screen-worthy performance. But because, in this case, the reporter who breaks the story is a teenage girl.

CLIP: Rach? Dinner. Okay. What’s all this? Research. These are invoices from the school district. The school district invoiced over a million dollars in lab equipment? And that’s just one supplier.

Young Rachel writes for her high school newspaper. The power she helps take down is the administration of her own school district. Which also happens to be one of the highest-ranked in the nation.

As New York Magazine reported in the article that inspired Bad Education, a “diploma from Roslyn High School is the closest you can get on Long Island to a ticket to Harvard.” So it’s no surprise that parents and school board members are happy to pretend they don’t see the idiosyncrasies in their superintendent’s personality. The expensive suits, the facelift, the fad diets. They’re also willing to overlook the discrepancies in his business manager’s accounting. Why rock the boat when the Ivy League keeps calling and the property values keep rising?

CLIP: As far as real estate, especially Long Island, a town is only as good as it’s public school system. After everything we’ve worked for. Years that it’s taken to get this far. These are our kids we’re talking about.

That’s not good enough for junior journo Rachel. When she’s assigned a story on a new sky bridge that will connect the junior high to the high school, she isn’t content to just print the promotional quotes school staff give her. Instead, she heads down to the administration building basement and starts digging through files. At first, she thinks she’s only unearthed some fishy construction spending. But as she follows the paper trail she discovers that beloved Superintendent Tassone’s entire life is a lie wrapped in propaganda, inside a con.

CLIP: I was just wondering, could I get the key to the basement again? I just want to look up a few more things. What’s this for, Rachel. Just for some stuff I wanted to verify. I can answer your questions. Uh, okay, well. I did the math and it looks like the Skywalk is going to end up costing around $8 million. Seven-five, sure. Right. It just seems like a lot of our resources to be spending on cosmetics. People love the sky walk. The Beacon loves the sky walk. There was that nice poll you guys did. Right but the ceilings at the high school are still leaking. I mean some of the classrooms had to get shutdown. Sounds like you should bring that up with your student government. There was also the pizza oven. What? I saw a line item in the expense reports for a pizza oven. But then I asked Paula in the cafeteria and she said she knew nothing about it. Just stop it!

Along with frequent language, Tassone’s secret long-term relationship with one man and short-term encounters with another merit the “Mature Audiences” rating. Several scenes show the men kissing.

That, understandably, might keep some Christian viewers away. But it is an accurate depiction of the real Tassone’s life. And it isn’t used to promote an agenda. Instead, the entire story offers a sharp illustration of the purpose of journalism.

Rachel’s real name is Rebekah Rombom, and she wasn’t quite the Nancy Drew portrayed in the film. But in both the true story and the film, this young reporter gets that the purpose of journalism isn’t advocacy. It doesn’t matter how much great work Dr. Tassone has done or how good the sky bridge project will be for her school.

CLIP: So, about yesterday. Yeah, uh, that was. What were you doing there? I’m not upset. But it is very important that you be honest. I was following up on the listed address for a school contractor. Why were you doing that? It’s public record. Anyone could take the time. I didn’t ask you if it was public record. I just asked you why. It’s for something I’m writing. I think you have real potential. Dr. Tassone. No, I’m serious. I read all your bylines. You’ve come such a long way since last September. Your confidence. Your strength of ability. Thank you. You know you have a tremendous future ahead of you. Rachel, you do. But you’re still young too. Which is why you need to know, and I mean this, if you go public with something you don’t fully understand it will come back on you. Hard.

There’s an old reporting adage credited to everyone from William Randolph Hearst to George Orwell: “News is what someone wants suppressed. Everything else is advertising.”

A little digging turns up the truth. We don’t know who really said it first, but it definitely wasn’t Hearst or Orwell. The earliest record of the saying comes from an anonymous sign that sat on the desk of a Chicago Herald editor in 1918. But knowing that some great luminary didn’t coin this phrase, doesn’t make it less relevant.

Rachel manages to scoop all the local papers and news stations in her area because she’s willing to shine a light on the things everyone else thinks should stay hidden for the good of the cause.

Turns out media powerhouses could learn a lot from a high school girl.